Many New Yorkers dread going into Midtown, especially when it comes to places like Rockefeller Center, but even the most jaded local can't resist the charm of the Christmas Tree, or the famed shopping windows and light displays — and this year, it'll be easier to enjoy.

In what may be a true Christmas miracle for anyone who has wanted that quintessential New York holiday shopping experience like a scene out of a movie, the city is going to "pedestrianize" Rockefeller Center on 49th and 50th Streets between 5th and 6th Avenues.

“The Rockefeller Center Christmas Tree is New York City’s crown jewel during the holidays, and we’re always excited to welcome the world to see it—but when the world descends on Rockefeller Center for a month on end, additional tools are clearly necessary so that our Vision Zero agenda stays in place,” said Mayor Bill de Blasio in the statement.

All vehicle traffic will have to take detours. According to Gothamist, drivers will not be able to turn on 47th, 49th, or 51st Streets around this area, and MTA buses will have to bypass 48th to 52nd Streets.

In addition, there will be movable barriers placed on both the east and west sides of 5th Avenue between 48th and 52nd Streets, effectively taking away two lanes of traffic (one on each side of the avenue), according to the statement from the mayor’s office. There will also be a barrier places on the side of the street on 6th Avenue, taking away only one lane of traffic. The NYPD and Department of Transportation staff will monitor this area at all times.

So, getting around Rockefeller Center in a car or bus might be a bit of a hassle, but it’ll be a pedestrian paradise.

Although the plan seems to be lauded by the mayor's office, the holiday traffic rules are reportedly a point of contention with the Metropolitan Transit Authority (MTA), who claims they were never consulted before the announcement and that the closures would neglect the city's buses.

"We are disappointed that the plan put forward by the Mayor gives no priority to MTA buses and ignores the needs of bus customers," Transit President Andy Byford said in a statement reported by Patch.com. "This unilateral decision flies in the face of the work that the MTA has done with NYC DOT to speed up bus times, decrease dwell times and increase ridership across our system."

The new traffic rules will begin on Friday, November 29 and continue through the holiday season. The Christmas Tree will be lit on December 4 in a televised ceremony. 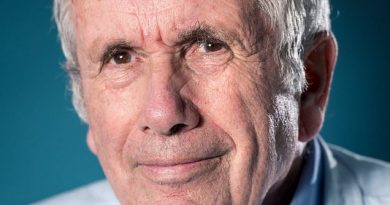