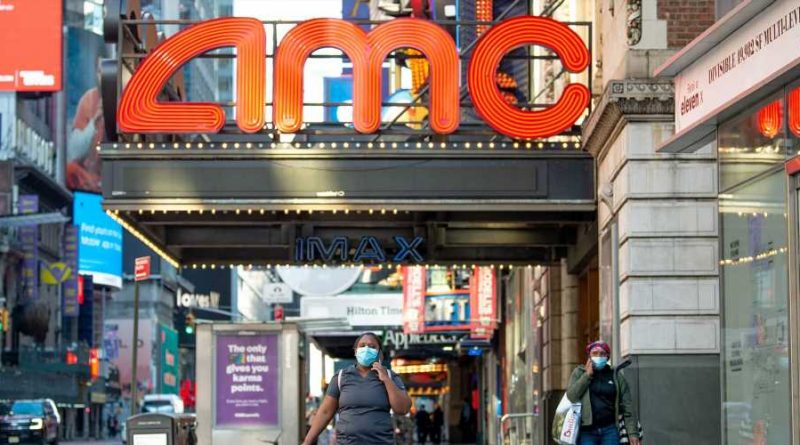 Movie theaters are slowly coming back to life in New York City.

New York Governor Andrew Cuomo announced on Monday that the city is approved to open movie theaters at 25% capacity on March 5, with a cap of 50 people per screening.

"Assigned seating, social distancing and other health precautions will be in place," Cuomo tweeted along with the news on Monday.

The re-openings will come just under a year after major movie theater chains, AMC Theaters and Regal Cinemas, officially closed their doors on March 17, 2020 at the beginning of the COVID-19 health crisis. At the time, an AMC spokesperson hoped the closure would only last 6-12 weeks.

"Theater owners are pleased with the announcement that New York City movie theaters will be allowed to safely re-open. Stringent voluntary health and safety protocols have made it possible for cinemas across the country to operate safely and responsibly at higher capacity limits for many months without a single outbreak of COVID-19 being traced to movie theaters," the National Association of Theatre Owners said to The Hollywood Reporter in response to Monday's announcement.

"New York City is a major market for moviegoing in the U.S.; re-opening there gives confidence to film distributors in setting and holding their theatrical release dates, and is an important step in the recovery of the entire industry," the NATO statement continued. "We look forward to expanding the capacity from 25 percent to 50 percent in the very near future so that theaters can operate profitably."

Cuomo made the move official weeks after allowing indoor dining to resume in the city, also at 25% capacity. While New York City briefly enjoyed indoor dining again, the second wave of cases in late 2020 forced another shut down. Restaurants were instead given greater permits to allow outdoor dining on sidewalk and streets.

A timeline of the successes and failures of Boeing

Half of Americans Say They Feel Comfortable Traveling This Fall