A large sum of New York City’s landmarks and main streets are named after famous men—Columbus Circle, Rockefeller Center, Penn Station, Astor Place, and Madison Avenue (to name a few). But a slim percentage of such sites in the city are dedicated to female figures. (According to the government-run initiative She Built NYC, which “addresses gender imbalances throughout the city’s public spaces,” fewer than 1 percent of New York’s public monuments currently depict women.)

A few years ago, it was this lack of representation that motivated writer Rebecca Solnit and geographer Joshua Jelly-Schapiro to cocreate the “City of Women” map, which reimagines New York’s subway system and renames its stops for important women in the city’s history. The map was originally published as part of Solnit and Jelly-Schapiro’s cartography book, Nonstop Metropolis: A New York City Atlas (University of California Press, 2016). Now, an updated version of the map has been revealed, dubbed “City of Women 2.0.”

When it was first published in 2016, Solnit said that the map was inspired by the following questions: How does it impact our imaginations that so many places in so many cities are named after men and so few after women? What kind of silence arises in places that so seldom speak of and to women?

The 2019 version still reckons with the same questions. It also reflects the growth of New York’s real subway system (such as the extension of the 7 line to Hudson Yards), adding 80 names of notable female figures to represent the city’s 424 current underground stations.

According to its creators, the illustration “pays homage to some of the great and significant women of New York City in the places where they lived, worked, competed, went to school, danced, painted, wrote, rebelled, organized, philosophized, taught, and made names for themselves.” The map includes sites marked for Nora Ephron, Yoko Oko, Barbra Streisand, Susan Sontag, and Grace Jones, as well as newer “NYC icons”—among them Rep. Alexandria Ocasio-Cortez and Cardi B.

“City of Women 2.0” is currently on view at the New York Transit Museum as part of the Navigating New York exhibit (at the museum’s Downtown Brooklyn location), which runs through January 2020. A version of the “City of Women” poster is also available for purchase online. 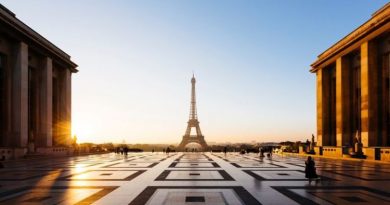