With a growing number of states and territories opening their borders to travellers from across the ditch, New Zealand Prime Minister Jacinda Ardern said there’s a big reason why she’s not ready yet to return the favour.

Speaking to Newstalk ZB on Monday, Ms Ardern said there was still some confusion on her end about Australia’s internal borders, and each state’s COVID-19 border control management systems.

“One of the things that we’ve been asking for is just for clarity on how those internal borders (are working),” she said on Monday.

The one-way travel bubble between New Zealand and parts of Australia kicked off on October 16, with NSW, the Northern Territory, South Australia, Tasmania and Victoria having now all opened their borders to allow New Zealanders to travel without the need to quarantine on arrival.

But the big problem with the arrangements is the reciprocation, whereby any travellers flying across to New Zealand will still need to fork out for two weeks of quarantine.

Ms Ardern said that despite Australia appearing to have a low number of locally transmitted COVID-19 cases, introducing a two-way bubble was still a way off yet.

“We haven’t had full clear periods from some of those states for community transmission, and that’s still our threshold,” Ms Ardern said.

“We do want to make sure that we do this properly.”

New Zealanders have been able to visit parts of Australia without needing to quarantine since October 16. Picture: David Gray/AFPSource:AFP

Ms Ardern said that while her country will consider implementing a travel bubble with parts of Australia, she has previously pointed to a 28-day threshold before making any decisions.

The state has now seen 10 days of no coronavirus cases or deaths – a massive milestone after emerging from lockdown to curb a second wave of infections.

On Sunday, NSW Health recorded no new cases of locally acquired COVID-19 in the latest reporting period. The result follows two days of cases emerging in the Southern Highlands, with no known links to the source of the infections. 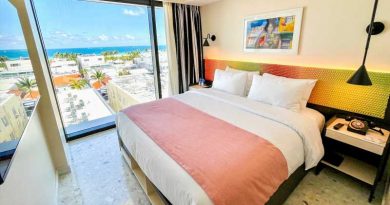 The best Marriott properties for every budget in Miami Beach