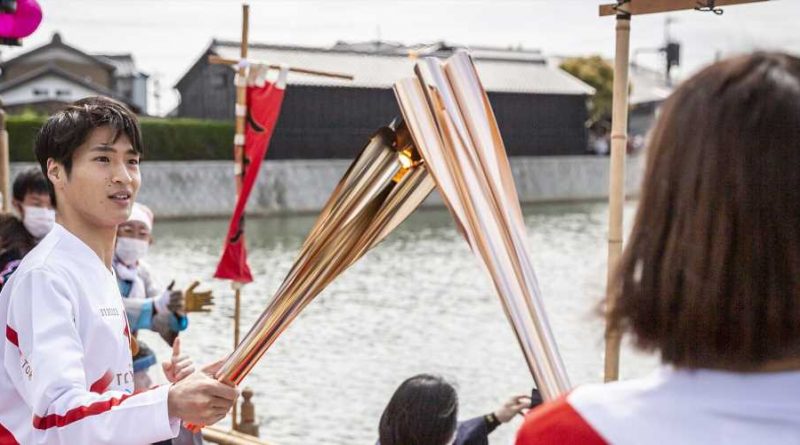 The Japanese prefecture of Osaka will move its portion of the Olympic Torch Relay off public roads and into a park without any spectators due to a spike in COVID-19 cases.

Osaka declared a medical state of emergency this week and "requested Tokyo 2020 to hold the Osaka segment of the Olympic Torch Relay in the Expo '70 Commemorative Park rather than on public roads," Olympic organizers announced in a statement Wednesday.

When the flame is in Osaka on April 13 and 14, it will be kept to the park and spectators will not be allowed to enter "to ensure a safe environment for all torchbearers who wish to run there," organizers said. More details about the Osaka leg of the relay are to be announced as they are decided.

The relay began two weeks ago in Fukushima and has been working its way southwest across Japan. More than 10,000 runners are expected to take place in the four-month event. The flame is scheduled to work its way through the country before reaching its final destination in Tokyo on July 23 to kick off the official start to the Olympics.

Osaka declared a state of emergency on Monday and reported 878 new cases of COVID-19 on Wednesday, Reuters reported.

"It is almost certain that this mutant strain is highly contagious with a high transmission speed," Osaka governor Hirofumi Yoshimura said in a televised statement. "I would like to ask all residents of Osaka prefecture to refrain from going out unnecessarily. The medical system is in a very tight situation."

Osaka is reporting even more cases than the much larger city of Tokyo. But even Tokyo Governor Yuriko Koike said that the capital was preparing similar emergency precautions to stop the spread of the disease.

The change in plans to the relay is just an early reminder of how much could change before the start of the games in July. Already, the Olympic Committee has banned spectators from abroad. The opening ceremony will be a much smaller affair and the more than 15,000 athletes will be kept in safe "bubbles" during the competition.

13 Travel Rewards Loopholes and Hacks to Get You More Points