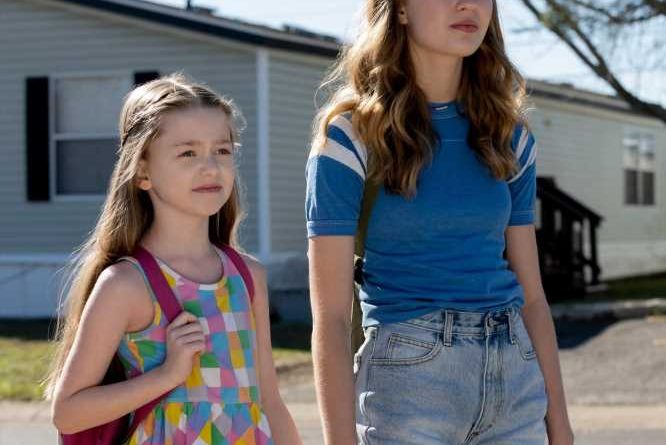 If you’re in need of a new teen-centric series to binge-watch while you’re waiting for Outer Banks to return, then Panic may be for you. Adapted from Lauren Oliver’s bestselling novel of the same name, the Amazon Prime Video series takes place in Carp, TX, following a group of recent high-school grads as they participate in their town’s legendary (and deadly) annual games. Unlike Outer Banks, the series isn’t actually based in a real place – and in fact, the fictional town of Carp is located in a totally different state in Oliver’s book.

During a June interview with CBR, Oliver explained why she decided to change Carp’s location from Upstate New York to Texas for the TV adaptation. According to her, they started to film the pilot in Upstate New York back in 2018, but they ended up having to shut down production due to terrible weather. That’s when they decided to move production to Texas. “There was tornadoes. There were thunderstorms. We got shut down. We only filmed half the pilot. So it was a never-again situation,” she explained. “So when we moved to Texas . . . I really wanted to bring in the Texas of it, because Texas . . . really has its own culture and flavor.”

For Oliver, Carp was always meant to be a representation of small-town life rather than an actual place. Apparently, Carp was even supposed to be located in Oregon at one point (as that’s where Oliver was living when she started writing Panic) before she settled on Upstate New York for the book. ” . . . one of the things that’s great about it is Carp – again, just like an allegory – Carp is a lot of places, especially in this country,” she told CBR. “I mean, Carp is all of us basically who don’t live in a huge city or didn’t grow up in a huge or wealthy environment, right?”

Since Carp, TX, doesn’t actually exist (and neither does Richards County, where Carp is supposedly located), most of the filming for Panic took place in Smithville, TX, which is part of Bastrop County and located just outside of Austin. Several other big productions have been filmed in Smithville as well, including 1998’s Hope Floats and 2011’s The Tree of Life. Shots of Smithville’s Main Street are often featured, though many of the storefronts were created for the series, including Dot’s Diner, Lile and Sons Pharmacy, and Dickenson’s Tools & Hardware. Back Door Cafe, however, is a real coffee shop, so if you’re ever in Smithville, you can get a taste of life in Carp (without any of the danger).