Paris official wants to BAN Airbnb from the French capital, accusing it of forcing residents out of the city and turning it into an ‘open-air museum’ and a ‘playground for Americans’

A Paris official said he would propose outlawing home rentals via Airbnb and other websites in the city centre, accusing the service of forcing residents out of the French capital.

Ian Brossat, the city council member in charge of housing and the Deputy Mayor, also added that he would seek to ban the purchase of second homes in Paris, saying such measures were necessary to keep the city from becoming an ‘open-air museum’.

With some 60,000 apartments on offer in the city, Paris is the biggest market for Airbnb, which like other home-sharing platforms has come under increasing pressure from cities which claim it drives up rents for locals. 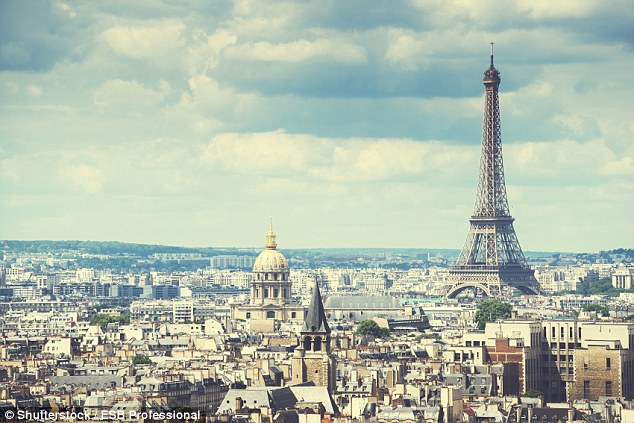 An official in Paris has said he wants to ban Airbnb from the French capital, accusing it of forcing residents out of the city

Mr Brossat, who is expected to head the Communist party list for European Parliament elections next year, told AFP: ‘One residence out of every four no longer houses Parisians.

‘Do we want Paris to be a city which the middle classes can afford, or do we want it to be a playground for Saudi or American billionaires?’

Mr Brossat has had Airbnb and its rivals in his sights for years, and recently published a book assailing the US giant titled Airbnb, or the Uberised City.

He wants to forbid any short-term tourist rentals of entire apartments in the First, Second, Third and Fourth Arrondissements of Paris, home to some of the world’s most popular sites including the Cathedral of Notre-Dame and the Louvre museum.

‘If we don’t do anything, there won’t be any more locals: Like on the Ile Saint-Louis, we’ll end up with a drop in the number of residents and food shops turned into clothing or souvenir stores,’ he added, referring to the Seine island in the shadow of the Notre-Dame cathedral.

‘We’ll be living in an open-air museum.’ 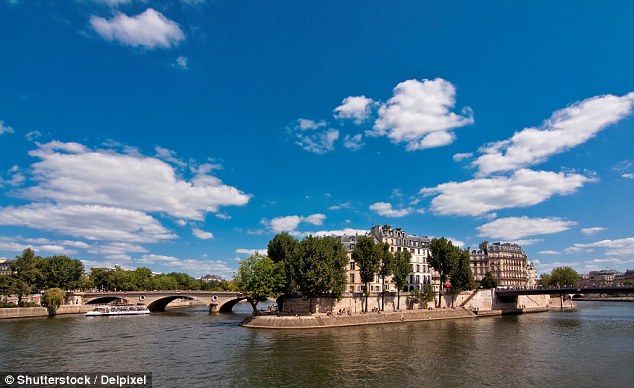 Ian Brossat, the city council member in charge of housing, said ‘do we want Paris to be a city which the middle classes can afford, or do we want it to be a playground for Saudi or American billionaires?’

Mr Brossat hopes the measures will be included in a law aimed at overhauling France’s real estate laws to be debated this fall.

The administration of Paris Mayor Anne Hidalgo has already taken action against Airbnb and others, requiring homeowners to register with the city and limiting the number of rentals to 120 nights a year.

Last month the city said the total amount of fines levied against home rental platforms rose to 1.38 million euros ($1.60 million, £1.24 million) from January to August 15, compared with 1.3 million euros for 2017 as a whole.

Its crackdown echoes those in other hot tourist destinations including Amsterdam, Barcelona and Berlin.

Last month Airbnb sued the city of New York after it passed a law forcing home-sharing platforms to disclose data about their hosts, calling it a campaign ‘funded by the city’s powerful hotel lobby’.

It said in a statement: ‘This scheme would steal opportunities from thousands of middle-class families to feed the wealthy hotel lobby and help protect its profits. It is out of touch with public opinion, divorced from legal reality and is a smokescreen for the real tourism concerns in central Paris, where more than 750 additional hotel rooms have been approved and built in the last year alone.

‘But while the Deputy Mayor uses his time in office to clamp down on opportunities for local families, write books that champion the views of the hotel lobby, and launch a bid to further his political career in the EU, Airbnb is building a platform that one in five Parisians use to travel the world, boost their income and afford rising living costs in their communities, where housing capacity has failed to meet demand for decades.

‘We firmly believe that travel should benefit many – not just a wealthy few – and we will continue to encourage the Deputy Mayor to back innovations that help make Paris more affordable for Parisians, not line the pockets of wealthy hoteliers.’ 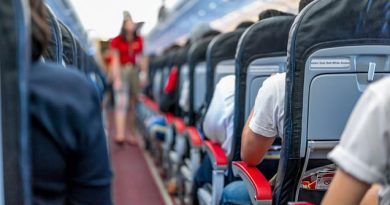 Flight attendants reveal the things passengers do that annoy them