Tourists have been warned to beware taxi scammers in Paris after a couple were charged nearly €250 for a journey from Charles de Gaulle airport to the French capital.

The two Thai tourists filmed the incident and uploaded it to YouTube earlier this month; the video, which shows the driver demanding €247 for the 45km ride, has since gone viral, with more than 190,000 views.

The pair were charged nearly five times the actual fare – official Paris cabs have a flat fee of €50 or €55 from the airport to anywhere on the right bank or left bank respectively.

The video shows the couple questioning the fare and refusing to pay, while the cab driver claims, “Taxi in Paris is not fixed price – it’s by meter”. He shows them an app on his phone that reads “247”.

They continue to query whether he is a legal taxi driver and ask to see his licence, before suggesting they all go to the police station to sort the matter out.

The male driver becomes increasingly angry, insisting that the meter is real and saying, “It’s not my car, it’s the company, you understand?”

“I’m not going to police. You pay me, you go to police. What is your problem?” he says.

The driver claims his company is called Chauffeur Prive, a legitimate company. However, the website quotes a flat fee of €45 to get to Paris from Charles de Gaulle airport, and even its metered rate is quoted as being around €67 for that journey (a base price of €1.10 + distance, €1.10/km, + time, €0.28/min).

The Thai tourists refuse to budge, aware from friends that the journey should cost “less than €70”.

They offer to give him €100 – still twice the normal amount – and he refuses, calling them, “crazy”.

He keeps repeating, “You no pay me, no problem,” before speeding up and ignoring the passengers’ questions about where he is taking them.

They eventually paid €200 so he would let them out. One of the victims, Charkrid Thanhachartyothin, told Le Parisien: “The doors were locked, and we had all our luggage in the trunk. He did not want to let us out, and kept driving while [supposedly] phoning his company to find a compromise.

Charkrid wrote below the video that they want it to be “a case study for other Thai people or travellers to be conscious while they are travelling.”

The couple left Paris before being able to follow-up with the police, but the specialist taxi police brigade, known as “Boers”, is currently investigating the incident.

The fixed rate taxi fare from Paris’s airport came into effect at the end of February 2016, meaning cab drivers could no longer charge by meter for these journeys. The fixed tariffs are in place even on public holidays, weekends or late at night. Illegal taxi drivers risk being fined up to €15,000 and can be jailed for up to a year.

How much hand baggage can you take on a Ryanair flight? Where should you be travelling in 2019? Can you claim compensation for a delayed flight?

Travel expert Simon Calder will be answering all your questions at our upcoming event, Ask Simon Calder.

Register your place today by logging into Independent Minds 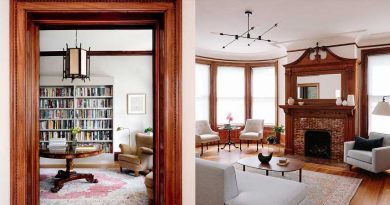 The least-congested hiking trail in every state