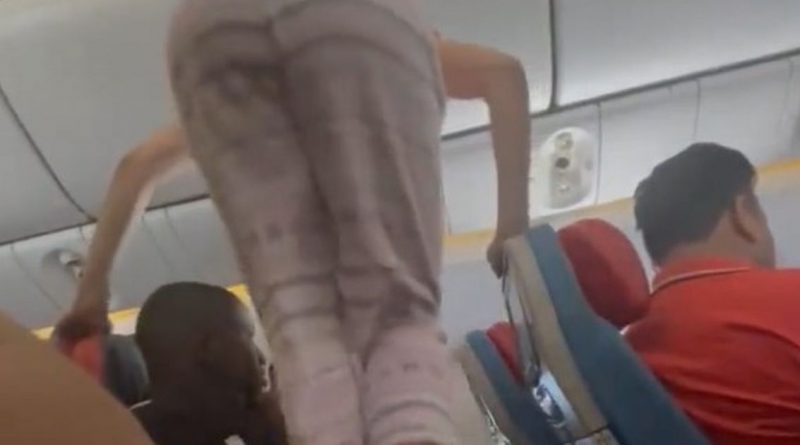 A woman has sparked a fiery debate online after she was filmed stepping over other passengers to get to her seat on a flight.

The plane passenger was slammed for her "criminal activity" after fellow passenger Brandon took a video and shared it on Twitter.

"The most criminal activity I’ve ever seen on an airplane," he said.

"This woman was hopping over other passengers the whole seven-hour flight."

In the 19-second video, the woman, dressed in what seem to be pyjama bottoms, a short-sleeved top and a pair of socks, stands in the aisle as she asks a passenger if she could pass from their row.

She steps on the arm rest and holds onto the headrests as she steps over three passengers and crosses over to the other side of the plane.

Then she gets back to her seat by the window.

Some viewers agreed with Brandon and called it a "big no".

A viewer wrote: "Wait. She couldn’t walk around? Where are the flight attendants? No one told her NO!? Oh hell no."

A second joked that it's the perfect timing for a turbulence to kick in.

One was bothered by the woman's outfit, saying: "Nobody’s going to talk about those filthy socks and the fact that she’s flying in pajamas?"

Others teased Brandon for "not flying much" as they shared some of the "disgusting" things they have seen on a plane.

"If that’s the 'most' criminal activity you’ve seen on a flight, you obviously haven’t flown much," a Twitter user commented.

"Just be thankful there wasn’t a 'Karen' onboard, or some snot factory sitting next to you or kicking your seat. Better luck on your return flight." 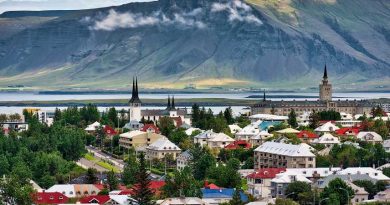 These Are the Most and Least Stressful Cities to Live In, According to a New Study

Destinations that became mainstream in 2018

Coronavirus Covid-19: What it’s like to be quarantined in a five-star Auckland hotel