Flights can be a time for plane passengers to relax and make the most of their time up in the air. An Instagram photo has gone viral after it captured a female passenger taking a few too many liberties on board. The shocking snap was shared by Instagram account passengershaming and appears to have been taken during the night. It shows a woman sitting on an empty row of seats on a plane with no one visible in the row in front.

The passenger has clearly made the most of this freedom and decided to do a spot of unpacking.

She has placed what appear to be items of swimwear over the headrests of the seats in front.

Several bikini tops can be made out and she seems to be attempting to dry them out.

The female passenger has taken up three whole seats with her personal items.

She shows no consideration for the fliers around her as she tries to air her laundry.

Instagram users have been shocked by the woman’s poor plane etiquette. 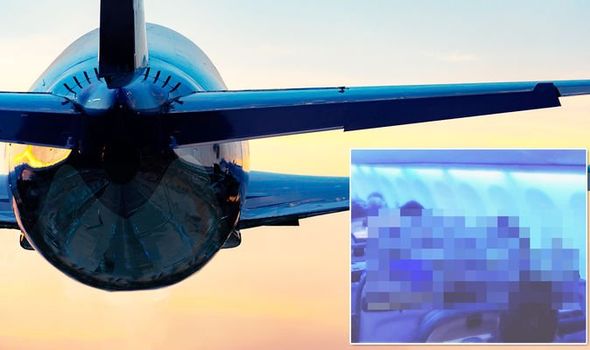 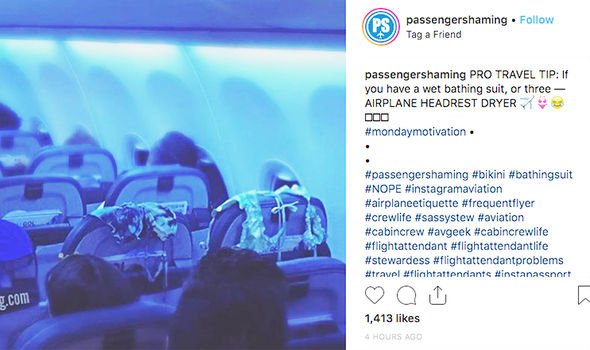 “Laundry day!” one social media user posted, while another wrote: “Is she drying a damp bathing suit on the back of the seats? Is that what I’m seeing here?”

Incredibly, this is far from the first time someone has been photographed trying to dry their clothes.

Another video captured a female plane passenger drying a pair of pants under the air vent on the aircraft ceiling.

She is holding up the black and white underwear right next to the channel of air. 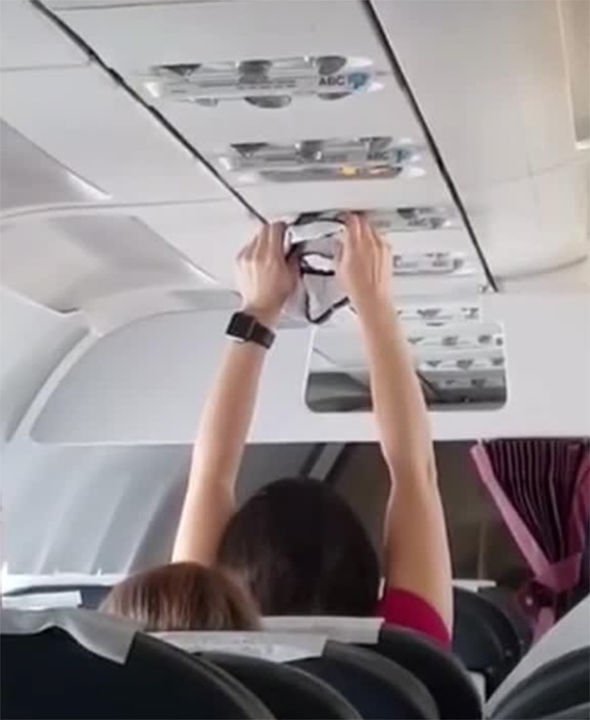 Her arms are straight up in the air and she seems to be looking directly forwards.

The video was filmed from several rows behind and appears to capture other passengers moving their heads in shock and speaking to their neighbours.

The woman continues to dry the pants for quite a long time, not once appearing to realise how socially unacceptable such an activity might be.

On another occasion, a traveller was horrified when the man near her stripped down to his underwear.

She captioned her first Twitter post: “The man in the seat across from me has taken HIS PANTS OFF for the flight and is just in his boxers. Flight attendants seem unconcerned. This is going to be a long flight.”

Thompson continued to live tweet developments of what the partially dressed man was up to in a funny series of posts.

50 changes we blame millennials for