Zoos across the UK are suffering from something that might seem comical in the southern hemisphere: a Penguin shortage.

However for the Exotic Zoo near Birmingham this is no laughing matter.

After investing tens of thousands of dollars to build a new enclosure for the birds, the Telford based Zoo had expected no difficulty in finding occupants.

But now a national shortage of penguins has left the zoo keepers out in the cold.

In July, a delivery of six Humboldt penguins to the zoo had to be cancelled after fears over an outbreak of avian malaria. So for the time being it has been decided to make do with plastic stand-ins for the black and white birds.

“Penguins coming soon!” reads an apologetic banner hanging from the front of the enclosure.

Though for the time being the attraction and the marine birds’ pool remain empty.

The decision to make do with models was reached rather than have visitors see an unoccupied enclosure.

In an interview with the BBC the empty-handed penguin handler spoke of his disappointment:

“It’s been a really exciting couple of years in the run-up to it. So to finished the enclosure and then to have this shortage of Penguins is obviously…been disappointing.”

Scott is determined to see the bright side of the situation, as the penguin-less enclosure has become something of a novelty.

“To be fair, some of the kids have been enjoying having their photographs with the models. Probably just as much as seeing the real thing,” he said.

Not all visitors are as impressed with the replacements ” a little bit disappointing” while others have compared it “like Madame Tussauds.”

The models have at least become a talking point while the Zoo’s stockists scramble to source some live penguins.

These Are the Most Affordable Countries to Buy a Vacation Home 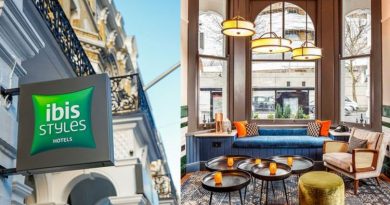