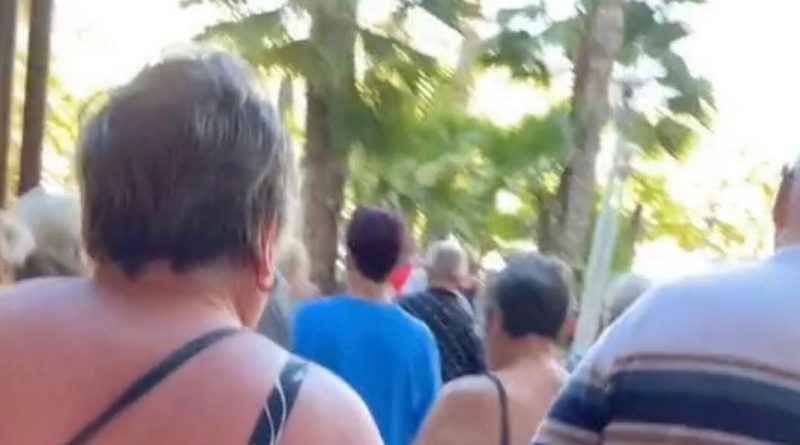 A holidaymaker has spotted a hilarious scene at the resort every morning when pensioners rushed to reserve a sunbed for the day.

Tom McLuskie was travelling in the popular British tourist spot in the city of Tarragona, Spain, where he stays at a resort called H10 Princess Salou.

During his stay, he noticed a routine from his fellow guests every morning.

Sharing on TikTok, Tom showed the hotel guests getting up early in the morning and all heading to one place in the resort – the swimming pool.

The guests, mostly pensioners, arm themselves with beach towels and tote bags and march to the pool area to grab the sunbeds.

One man is seen making a dash and hurling past the other guests as Tom continues to film.

"Absolute scenes this morning at H10 Princess Salou – it is the daily Grand National for sunbeds," he said in the captions.

Tom said people used to reserve the sunbeds in the middle of night but the hotel has since changed to a new queuing system.

While Tom admitted the hotel was "mega cheap" in terms of price, he said it was not too bad, adding: "Despite the sunbed nonsense, you can’t complain about the weather. "You get what you pay for."

One viewer shared his experience and commented: "Pools are the worst, same shrivelled up northern grannies sun worshipping all day."

A second wrote: "I will never get why they spend so much money to sit by a pool all day… boring."

Meanwhile, a man went on an exotic trip to Bali and claimed he got "scammed" for having a massage on the beach.

Kegs posted on TikTok saying one woman approached to him and offered him the service for $100,000 (£82,000) and when he agreed, two more women showed up and asked for the same. 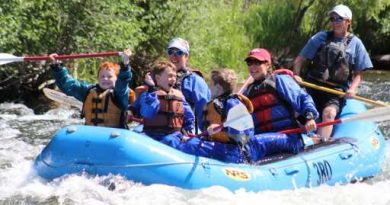 Best river rafting in Colorado: How to plan a river trip this summer

Louvre reopens after one-day closure due to overcrowding