The 'world's most experienced pilot' has revealed the real reason why we use the brace position on planes in an emergency.

Nick Eades also spilled the truth on the flying practices and customs that you may have always wondered about.

Eades, who is the world's most experienced Boeing 747 pilot, said brace position is one of many aspects of flying that remains fairly baffling to the general public.

Just like being asked to turn your phone on airplane mode or pulling the blinds up before landing, we know it's something we're told to do, but many don'y really understand why.

The brace position involves passengers bending forward and putting their hands over their head to prepare for a crash, supposedly to help your body brace for impact.

However, because many of us have thankfully have never had to use the move, we've been left to speculate about both its efficiency and true purpose.

According to reports, long-running rumours suggest the position is actually designed to kill passengers immediately in the event of an emergency.

But Nick explained that there isn't any truth to the horrifying theory, saying that the position is, indeed, designed to protect people.

Talking to LADbible, he said: "What you're trying to do is to stop people breaking their necks in a big impact.

"You're just trying to get the body into a position that's going to suffer least damage.

"It's like whiplash – you're trying to avoid that sudden movement of the head, which can result in serious injury, if not death."

Eades also explained that the system has now changed, and that cabin crew will no longer tell people to brace.

However, having been in the industry for more than 40 years, he said there have been a number of occasions where he faced technical difficulties and had to tell passengers to adopt the brace position.

He added: "I've had a couple where we had problems with the landing gear, and the cabin crew shout to all the passengers, 'Brace, brace!'

"It took a long time for the aviation world to realise if you're suddenly thrown into an emergency situation and people start shouting 'brace' at you, you might think, 'What the hell do they mean?'"

Nick said that while the position is the same, the instruction is changing.

He said the brace position is going to become "redundant". so cabin crew won't shout 'brace' at you anymore.

As well as talking about the brace position, Eades also explained why planes' lights are dimmed for landing and passengers are told to ensure blinds are up.

He says this is another safety technique that stems back to the 1970s which stops aircrafts from being a "target" and helps passengers in an emergency.

For example, he said that if a plane is landing at night and the blinds were all down and the lights were up, it takes the human eye quite a long time to react to the change in light if suddenly everything became dark.

Eades has recently released his new book – The Self Improver: A Pilot's Journey – which details his successful career as a pilot. 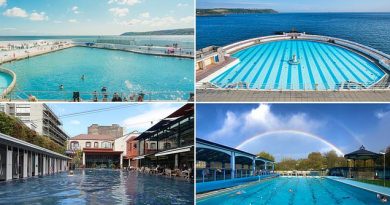 Britain's best lidos, from Plymouth to the Peak District 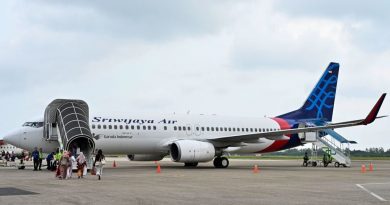 Indonesian 737-500 disappears with more than 60 people onboard

Balearic Island urges visitors to save water with new campaign