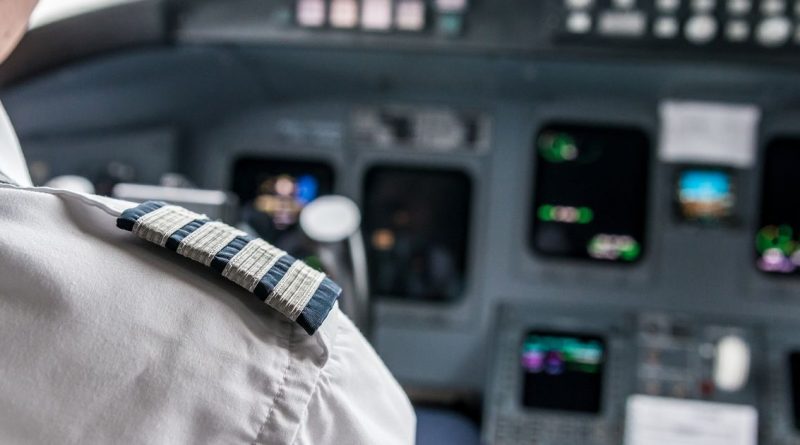 A pilot discovered an old note in the cockpit of a plane which was left before a “two-week lockdown” in early March 2020.

And, it captures the mood of the moment perfectly.

Captain Chris Dennis left the letter when he parked his Delta Airlines plane, number 3009, at Victorville Airport in California just before the pandemic shut the world down.

In the message, he talked about there being light at the end of the tunnel for the person who is taking the plane out of storage again.

It’s thought that the Captain may have expected the plane to be grounded for just a few weeks after a two-week lockdown was beginning at the time.

However, the note wasn’t found for 435 days when another pilot “woke” the plane to be flown once again.

The airline posted the note on Facebook and said that they wouldn’t take open runways for granted again.

The original note read: "Hey pilots – It’s March 23rd and we just arrived from MSP (Minneapolis-St. Paul). Very chilling to see so much of our fleet here in the desert.

"If you are here to pick it up then the light must be at the end of the tunnel. Amazing how fast it changed. Have a safe flight bringing it out of storage!”

Sharing the note on Facebook, a spokesperson for Delta Airlines said: "435 days ago, as the COVID-19 pandemic forced thousands of canceled flights and a world of uncertainty, First Officer Chris D. parked Delta ship 3009 at the Victorville airport in the California desert.

"Taking off from MSP, he heard talks of a two-week lockdown. Feeling the weight of the moment, he penned a note for the pilot that would do the return to service flight and left it on the parked plane.

"Fast forward more than a year later to First Officer Nick P. landing at VCV and starting on his checklist to wake up ship 3009. One thing he didn't expect to find was Chris' letter, tucked away on a tray table in the flight deck.

"Those 57 words, which captured so much of the uncertainty and emotion we all felt in March 2020, underscored the gravity of the trip, and how optimistic he now feels about the direction we're heading in. Ship 3009 is now prepared to take the skies once again.

"While the world certainly has changed over the past year, one thing is for certain: we won't be taking that open runway for granted anytime soon."

The post has since gone viral with 10,000 likes and hundreds of comments.

One commenter said: "Goosebumps for sure. Seeing so many Delta planes in storage at BHM was a constant reminder of the world we live in.

"After flying with Delta last week and weekend, I'm so glad to see that many of those planes have been brought back into service. Airports are busy again. Such a great sight!”

While another added: "This really does sum up how we all felt and the uncertainty of March 2020. I got chills reading this note. Safe flying, First Officer Nick P."