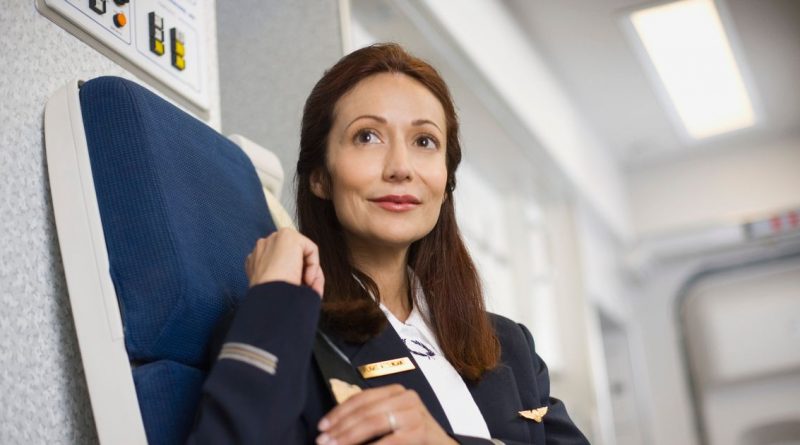 Passenger planes have plenty of unusual features that most Brits never pay attention to.

For example, while the windows in the cabin are sealed there are two windows in the cockpit that the pilots can open, not to mention there's a secret room on jets where the flight attendants go to get some sleep.

READ MORE: 'I'm a flight attendant – passengers should never call us to get them water'

All interesting stuff, but some details may not have escaped your notice – such as the difference between flight attendant’s seat belts and our own.

As passengers we usually have a simple lap strap that clicks together across the pelvis.

You can adjust the strap and even get a belt extender if needed. However, flight attendants have a four point seat belt – with two shoulder straps and two waist straps that click into a central belt plug over the stomach, reports the Metro.

Meanwhile, pilots have a five point harness that emulates the flight attendant’s belt but with an additional “submarine” strap that goes through the legs.

Apparently, this is all to do with safety – and the direction in which you’re sitting.

Aerosavvy.com claims that waist straps for passengers work with the seat position and the chair absorbs impact if the plane comes to a sudden stop.

But staff – who often sit backwards – need additional support to the chest.

The four point strap also allows them to leave their chair quickly to help passengers.

Pilots get extra protection because a sudden halt could cause their bodies to shoot forward under the control panel – which would cause serious damage.

On Reddit, an airline worker warned that you should generally keep your seat belt strapped on whenever you are sitting down – despite the fact that most people release the straps as soon as the sign goes off when flying.

However, the crew member wrote: “Airline crew here. You should keep your seat belt on at all times because turbulence can happen unexpectedly.

“There can be huge pockets of air or gusts of wind that the pilots don't see coming. I’ve been thrown against the roof of the cabin many times.

“The seat belt is to help prevent you from cracking your skull on the overhead bins.”

They continued: “Also, side note, this does also include while on the ground. The vast majority of plane crashes happen at airports.

“There's a lot of large moving machinery and trucks full of fuel. Planes running into things on the ground happens more often than you think.”

Great British Boltholes: A review of The Village Pub, Cotswolds