Rugged shores, classic coastal towns, and lobster rolls washed down with hoppy local beer. This is Maine’s late-summer perfection—the microseason when the Pine Tree State shines. It’s when the water is warmest, and the wild blueberries are ripest for the picking.

Last August, the Maine Sea Grant, along with the state’s tourism bureau and aquaculture industry, launched the Oyster Trail of Maine to promote the burgeoning bivalve scene, which stars the Crassostrea virginica variety. But even if the idea of slurping down an oyster makes you squeamish, following the trail of Maine’s mighty mollusk leads to plenty of memorable spots.

Unlike the remote northwestern parts of the state, where unmarked logging roads and vast swaths of impenetrable backcountry reign supreme, in coastal Maine the world actually is your oyster. Motoring along Route 1 from the southern beaches to the mid-coast delivers a hefty dose of vintage oceanside charm.

Along the way, smaller roads that beg for a detour dip to the sea. Here old salts haul traps on working waterfronts, and roadside sandwich boards hawk just-caught lobsters. Along with these colorful nautical traditions, you’ll find a forward-thinking spirit. So go ahead, catch the spirit and hit the road.

Famous as a favorite seaside retreat for the well-heeled—and the summer playground of former president George H.W. Bush and family—Kennebunkport epitomizes New England nautical charm. Roll up to the Sandy Pines Campground, where 16 safari tents, each decked out in lavish style by a local interior designer, offer a plush but nostalgic outdoor experience. On-site amenities include a classic general store and the “Icicle Tricycle” delivering old-fashioned ice cream bars.

Ten years ago Abigail Carroll was living in Paris, trading stocks, and dating a French count. Now she spends her days on the Scarborough River, where she runs Nonesuch Oysters. Climb aboard the farm’s skiff for a breezy jaunt to the oyster beds, keeping an eye out for puppy-faced harbor seals along the way. Then peek at baby bivalves in the oyster nursery before tossing back a few Abigail Pearls or Nonesuch Emeralds.

Though rocky shores dominate Maine’s coastline, a mile-long swath of sand frames the Inn by the Sea in Cape Elizabeth. Follow the boardwalk through a sanctuary planted with native vegetation to lovely Crescent Beach. The six-acre oasis is part of an initiative to create a safe haven for vulnerable New England cottontail rabbits. The inn also works with the Animal Refuge League of Portland to support dog adoption. Be prepared—there’s almost always a cutie curled up behind the front desk.

The Portland area abounds with breweries, some 28 of them according to the Maine Brewers’ Guild. In the city’s hip East Bayside neighborhood, five joints churn out everything from beer to cider, mead, spirits, kombucha, and, in the case of Urban Farm Fermentory, even gruit, an old-style beer brewed with backyard botanicals. Pop into the Shop, a seafood-centric eatery for Maine oysters (and, of course, beer). [Read about the top things to do for a great time in Portland.]

In 1911, motivated by his distaste for cold, wet feet, outdoorsman Leon Leonwood Bean created the Maine Hunting Shoe. Today a 16-foot replica of the iconic “duck boot” presides over L.L. Bean’s flagship store in Freeport and serves as the perfect prop for a road trip photo. Forgot to bring a sleeping bag? A lobster pot? A leash for Fido? You’ll find all three among the wares spread throughout the seven-acre retail campus. Christen your togs with a hike in nearby Wolfe’s Neck Woods State Park.

Indie films, live music, and rotating exhibitions all have a home at Brunswick’s Fort Andross Mill, a cotton mill turned community hub on the banks of the Androscoggin River. The mill also houses the Brunswick Flea Market on Saturdays. Grab a latte from the coffee bar and head out for a stroll. Back in the day, mill workers from neighboring Topsham crossed the river using the Androscoggin Swinging Bridge, which now connects to the scenic Androscoggin Riverwalk. Worked up an appetite? Head to Asian-accented Tao Yuan, whose chef-owner Cara Stadler has been a semifinalist for James Beard’s Rising Star Chef of the Year award five times.

When that first Maine winter proved too cold for comfort, settlers of the 1607 Popham colony built a boat to take them back across the pond. That vessel, Virginia of Sagadahoc, earned nearby Bath the right to call itself “the birthplace of American shipbuilding.” Visit the Virginia’s in-progress replica at the Bath Freight Shed, where shipbuilders work Wednesday through Saturday. In the town’s manufacturing heyday, 22 shipyards lined the Kennebec River, including the Bath Iron Works, which still makes vessels for the U.S. Navy. Get the full backstory (and board a river cruise) at the Maine Maritime Museum.

Stop 8: On the Half Shell

As with wine, an oyster’s flavor profile reflects the characteristics of its growing environment. The protected waters of the Damariscotta River help make it the Napa Valley of oysters, and many of Maine’s best loved farms sit along the shore. For a glimpse into Damariscotta’s thriving community, take an oyster ecology tour with Midcoast Kayak. Across the river, Shuck Station serves a selection of local oysters nestled on a bed of ice.

The giant “EAT” sign on Rockland’s Main Street may signal food, but the exhibits beneath it in the Farnsworth Art Museum deliver nourishment of another variety. Created by Robert Indiana—best known for his “LOVE” sculptures—this sign makes an appropriate icon for a town with more than 20 galleries and museums. Art buffs will also appreciate 250 Main, a boutique hotel with rotating displays of creations by local artists.

Mid-coast Maine’s sparkling Penobscot Bay is often studded with sailing vessels, many based in Camden’s harbor. Snap up a carryall made from recycled Maine sailcloth at the Sea Bags shop, then cast off on a sunset cruise complete with live music and sweet treats aboard the 100-year-old Schooner Surprise. If you have four or five extra days, set sail on a Maine Windjammer Association historic schooner, which stops at a deserted island for a classic lobster bake. 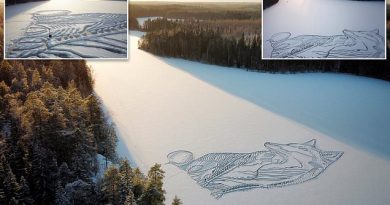 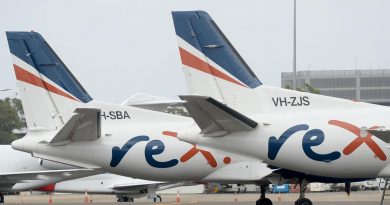 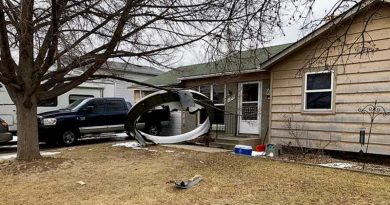 Boeing said it 'supports the decision' to temporarily ground some 777s