After a traumatic weekend at the poppy fields, Lake Elsinore, California, city officials have shut down Walker Canyon to the public.

The western Riverside County city of near 66,000 people saw thousands of visitors arrive in droves to see the Super Bloom, grid-locking Interstate 15 and city streets around the trailhead.

The city called it a public safety emergency using hashtags like #PoppyShutdown, #PoppyNightmare, #IsItOverYet, and #HanginthereLE, according to an announcement on their Facebook page.

No shuttles or visitors will be allowed into Walker Canyon.

“This weekend has been unbearable,” the Facebook post said. “We will evaluate all options next week including ways to shut this down. …We know it has been miserable and has caused unnecessary hardships for our entire community.”

The poppies did not pop up on a flat stretch of land, but instead found home on the steep sides of the canyon. This did not deter visitors. Wildflower-seekers slid and fell down the side of Walker Canyon that was never meant to be hiked on, though some managed to do so anyways — even in very chic wedge heels. Families and Instagram-influencer wannabes alike attempted feats of free-climbing and scrambling as large boulders toppled down behind them as every step kicked more rocks loose, threatening to squish children or seniors who couldn’t lunge out of the way fast enough.

And it was hard for some to make a quick lunge while attempting to push a baby stroller up the canyon, carrying a puppy that clearly didn’t want to participate in the photo shoot or balancing light reflectors to capture the perfect Instagram shot.

At least one injury was reported Saturday afternoon, though ambulances were continuously driving to and from the canyon. 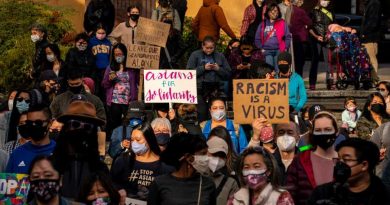