The pound saw a surge on Thursday with a two per cent boost against the common currency. The positive turn came following talks between British Prime Minister Boris Johnson and Irish head of government Leo Varadkar. Following an emergency summit near Liverpool yesterday, the two leaders describe the event as “constructive”. In return the pound reaped the benefits, jumping to a stronger position. 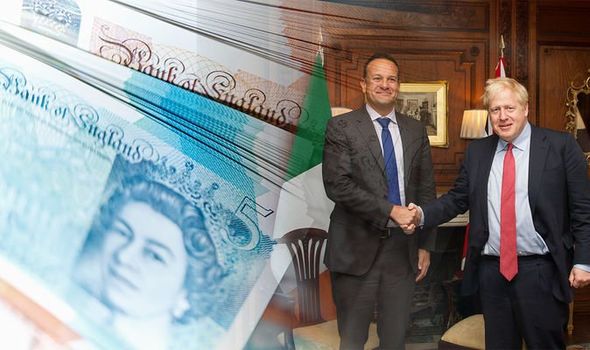 Pound to euro: The pound has seen a surge following positive Brexit talks

It has been a rough week for the GBP which saw a dramatic drop to a one-month low after German Chancellor Angela Merkel said she felt that a deal between the EU and the UK was “essentially impossible”.

The negative comments came following a “heated” conversation between Merkel and Johnson.

However, the prime minister went on to meet with Varadkar in what was considered a “last chance” to secure any hope of a deal ahead of EU meetings next week.

In a joint statement released after more than two hours of intense talks, the pair admitted “challenges” remained over how to avoid customs checks at the border between Northern Ireland and the Irish Republic but agreed to “reflect” on the way forward.

The “breakthrough” talks have had a positive impact on the pound, helping it recover from an unfortunate week.

The pound is currently trading at 1.1305 according to Bloomberg at the time of writing.

However, the fate of the pound still remains uncertain, with next week’s gathering set to shake the political landscape.

Hope of a deal will retain strength, but a no-deal could have detrimental effects on the currency.

Regardless Johnson is firm to his word that the UK will make its departure on 31 October “deal or no-deal.”

He said: “Sterling surged on Thursday, gaining almost 2% against the common currency, as markets moved to dramatically reprice the chances of a Brexit deal after a ‘promising’ meeting between PM Johnson and Irish Taoiseach Varadkar resulted in both leaders being able to see a ‘pathway to a deal’. 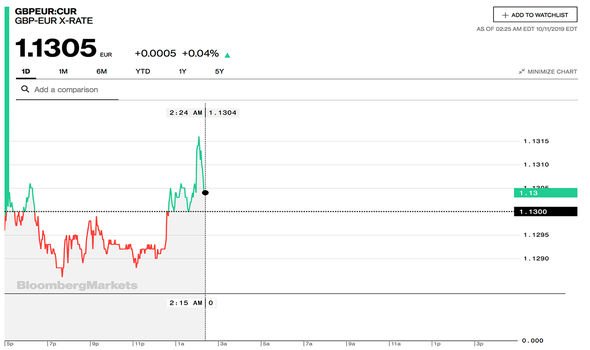 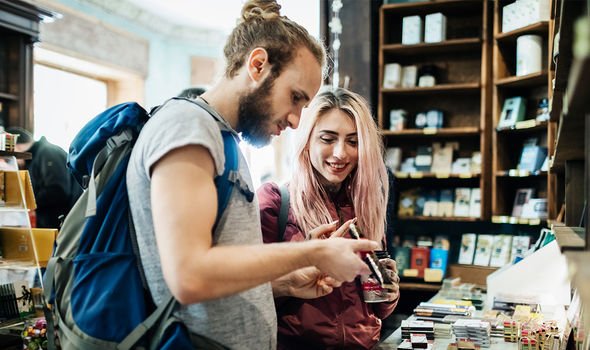 “The pound will continue to trade in line with shifts in Brexit sentiment over the course of today, with focus on another round of UK-EU talks in Brussels.”

With October half-term just around the corner many Britons are set to jet off on holiday, but what does the ever-changing pound to euro exchange rate mean for spending money?

The Post Office is currently offering an exchange rate of €1.0720

While the future is largely unpredictable, there are a few things holidaymakers can do to ensure they get the best value for money.

Rob Stross, CMO of peer-to-peer travel money provider WeSwap advises: “In order for holidaymakers to ensure they get the best exchange rates, they should be aware of any important dates in the political calendar and try to plan when they buy their holiday money accordingly.”

The best thing to do is keep up-to-date on what is going on, and try not to purchase all of your money in one go.

“WeSwap’s research has found that nearly half of all Brits find and buy their foreign currency on a single day, leaving them vulnerable to forces beyond their control that dictate the strength of the Pound,” said Stross.

“When shopping across travel money providers, holidaymakers should be aware of any up and coming big political dates and stagger travel money purchases accordingly, such as buying half of their currency beforehand and half afterwards as a simple way to mitigate risk.”