The pound continues to sit at the lower end of a rangebound spectrum against the euro, as the UK government prepares to enter into further discussions with EU leaders. With British Prime Minister Boris Johnson pushing ahead with plans to depart the EU on 31 October, the potential for a no-deal Brexit is still very much a possibility. The looming impact of a no-deal is already sending ripple effects towards sterling, weakening its worth. However, impending talks could result in an agreement in policy, and a much needed boost to the British currency. 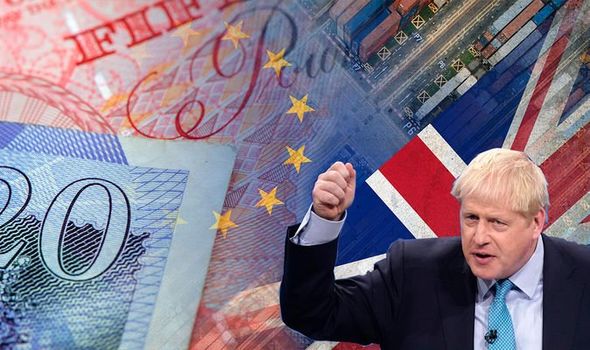 The pound is currently trading at 1.1199 according to Bloomberg at the time of writing.

Little headway has been made overnight in terms of Brexit decision making.

However, a gathering of EU leaders beginning on 17 October will play a massive role in determining not only the state of the GBP but also the future of the country.

The British PM has said that he hopes to “push forward” with getting a deal done, but, has also said the UK will leave on the planned date “deal or no deal”.

Despite his confidence, a remain driven “surrender act” may undermine his words, forcing him to ask for an extension if a new deal is not reached.

He said: “Sterling continued to strike a softer tone on Monday, with market participants remaining cautious amid the lingering risks of a no-deal Brexit. Little in the way of major Brexit headlines broke on Monday, somewhat limiting the pound’s volatility.

“The pound will continue to trade in line with shifts in Brexit sentiment for the remainder of the week, with UK-EU talks set to continue.”

While the pound appears to benefit more from the potential of a deal, an EU leader has admitted that the easiest way for Britain to depart would be a hard exit.

He admitted that although none of the EU want a no-deal, it would be the “quickest” and “easiest” way for the UK to leave.

He said: “The easiest way to go out is with no deal, but no deal is actually a bad deal for everyone, both within the UK and the EU.

“And the difficulty is that it is objectively speaking difficult to find that deal.

“But the British government and the EU member states have been working towards that for a couple of years.

“A withdrawal agreement was agreed upon which, for various reasons, has not been acceptable to date to the UK parliament.” 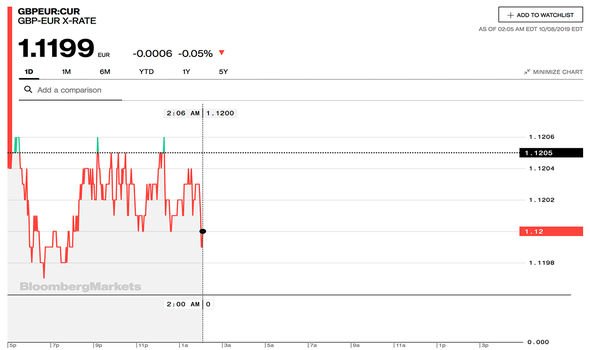 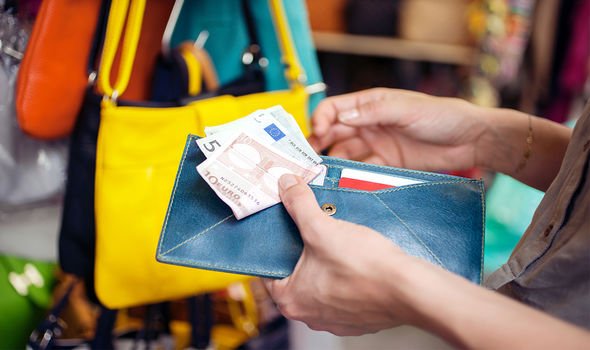 As uncertainty lies ahead, the pound will continue to rise and fall in rapid succession over the coming weeks.

With all eyes on British and European Parliament to determine our fate, how will this affect holidaymakers travelling abroad in the coming weeks?

Holidaymakers should remain aware of any political changes that may lie ahead, and try to change money in advance.

However, a recent study has revealed that where you choose to holiday can also affect how far your pounds go.

It turns out that there are some destinations where tourists are renowned for spending.

In fact, travellers looking to tighten those purse strings should avoid jetting off to Australia.

The average tourist Down Under spends around £3,882 per person for the duration of their trip.

Other countries listed as spending hot spots are Luxembourg, Lebanon, New Zealand and the USA.

Luckily, there are plenty of options to reduce the amount you are charged when spending abroad.

“If you normally spend abroad on debit or credit cards, while the providers get near-perfect rates, most add an up to three per cent ‘non-sterling exchange rate fee’ on top – meaning something that costs £100 costs you £103,” Lewis explained.

“Yet specialist overseas credit cards don’t add that fee, so you get the same near-perfect exchange rate as the providers – smashing bureau de change – in every country, every time you go away.

“Just ensure you pay the card off in full each month to minimise the interest.”

Portugal holiday: Do I have to quarantine if I travel to Portugal?