Prince Harry – married to Meghan Markle – is now based in the UK as the pair expect their first born. However, back in 2008, Harry was serving in the army out in Afghanistan, which proved to be a chance for the Prince to enjoy ‘normal’ life. According to royal author Katie Nicholl: “Being out in the desert was the greatest liberty Harry had ever known.” During this time, Harry was dating Chelsy Davy – who was back in the UK studying at Leeds University.

According to Nicholl, the Queen’s grandson was sent a very shocking gift while he was away from his girlfriend.

“On Valentines’ Day he received a pair of knickers, which caused his fellow officers to tease him mercilessly,” wrote Nicholl in her 2018 book Harry: Life, Loss and Love.

“Harry thought the purple-and-yellow briefs were a joke present from Chelsy, and he tied them to the grill of his Spartan [tank] for a laugh.”

However, while the 24-year-old Prince thought they were a romantic gift – there was more to the story.

The underwear, in fact, belonged to a stripper rather than to Zimbabwean-born Chelsy.

The present was all part of a prank carried by Harry’s army colleagues, Nicholls claimed. 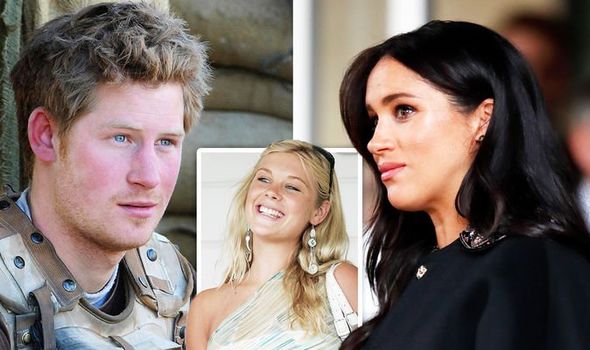 “In fact, the underwear belonged to a stripper and was a parting gift from Captain Leigh-Wood, who was heading home for a brief respite from the front line,” said the author.

She quotes Captain Leigh-Wood in her book: “It was the day I left on R&R.

“I drove to the base to be picked up by helicopter and as I was waiting I got my mail, which was a Valentine’s card with a pair of knickers inside that a friend of mine bought for an extortionate amount of money from a stripper in London.

“As I was coming home I redirected the mail to Harry with a made-up name.

“I don’t think he ever knew the truth that the knickers were actually a leaving gift from me!” 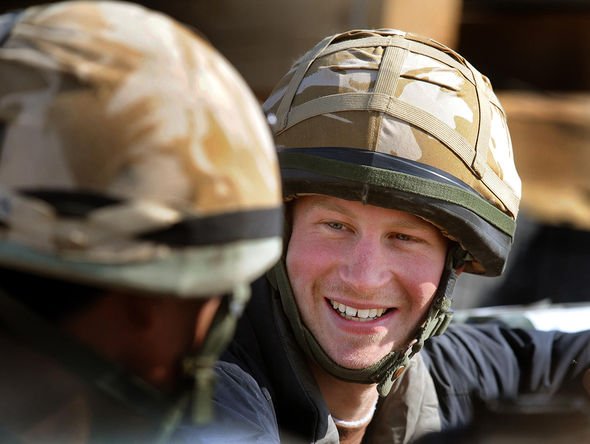 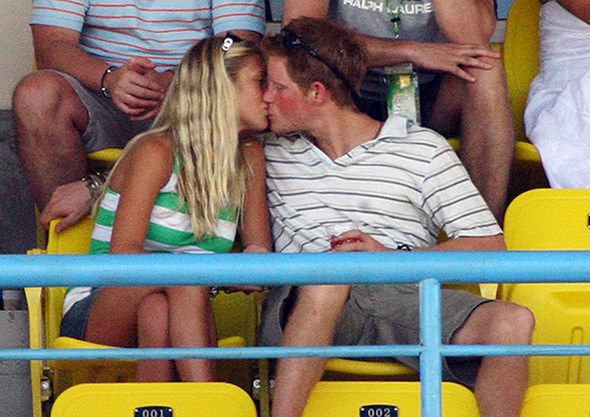 Prince Harry and Meghan Markle marry at St George’s Chapel in Windsor Castle – see ALL of the photos.

In the same year, Prince Harry travelled to Lesotho in southern Africa to carry out charity work.

He and Chelsy were still in a long-distance relationship at this time – and Harry packed some intriguing items for his trip, according to Nicholl.

“He had packed his only creature comforts: a box of Kellogg’s cornflakes and his mobile phone to keep in touch with Chelsy, and some pens and toys for the children,” Nicholl said.

Harry and Chelsy did enjoy plenty of time together, however. Harry spent part of his gap year in Argentina, working on a polo farm and improving his polo. While he was there, Chelsy flew out to be with him.

They travelled by private plane to the Entre Rios province in the Mesopotamia region in northeastern Argentina for a romantic weekend,” Nicholls wrote. “There they dined by candlelight on fresh barbecued fish after energetic days spent hunting and fishing.”

According to the Mail on Sunday: “Harry and Chelsy were like any young couple in love, kissing and holding hands, and he seems quite besotted.

“They looked madly in love, and at one point Harry admitted that she was his first true love.”

Chelsy and Harry’s travel – and relationship – did not stop there, though. The Queen’s grandson then went on to join Chelsy’s family on the island of Bazaruot off the coast of Mozambique.