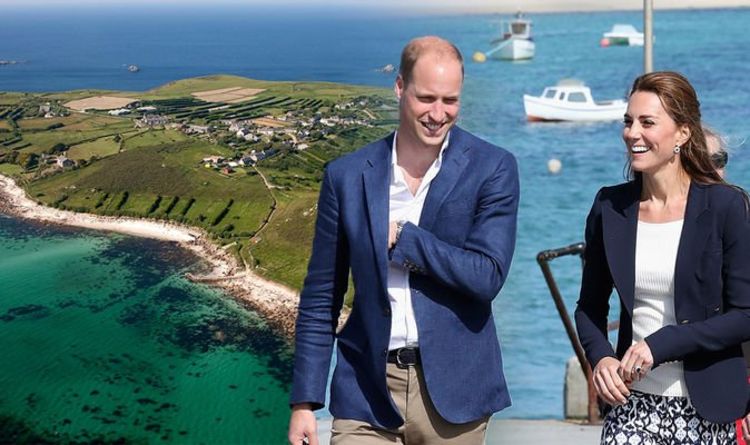 The Duke and Duchess of Cambridge are jet setters, often flying around the world for both royal duty and private holidays. Yet, it turns out that they also have a particular penchant for one UK staycation spot which isn’t too beyond reach for the average holidaymaker.

According to reports, Prince William and Kate have spent the last two summers unwinding Cornwall’s Isles of Scilly.

The UK archipelago lies just off the coast of Cornwall, and boasts crystal clear water and an abundance of natural beauty.

The Duke and Duchess are said to have holidayed in the Isle of Scilly in both 2019 and 2020, alongside their three children Prince George, Princess Charlotte and Prince Louis.

Last year, fellow holidaymakers revelled after spotting the family out on a bike ride.

Speaking to The Sun, the anonymous tourist described the family as seeming like “a normal family on holiday intent on keeping themselves to themselves”.

The accommodation the Royal clan chose was also said to be “quite modest and certainty not highly luxurious”.

Though it is a far cry from their £27,000-a-week Mustique villa holiday in 2019, the Isle of Scilly is very much a gem of the UK coastline.

The region is described by its tourism board as being “like nowhere else in England”.

DON’T MISS
Campers share what to look out for when buying a caravan [COMMENT]
The six best things to do in Edinburgh [TRAVEL GUIDE]
Holidays: 22 million Britons ‘priced out’ by cost of PCR tests [INSIGHT]

Visitors can enjoy a fairly temperate climate throughout the year, with summer temperatures often soaring as high as 27 degrees in July.

Year-round, the average temperature is 11 degrees, making it the warmest place in the British Isles.

The Isles thrives on tourism, which makes up 85 percent of its income.

The most popular islands for holidays are Tresco, St Mary’s, Bryher, St Martin and St Agnes.

Much of the region’s tourism is central to the surrounding waters.

Visitors can pick from sailing, paddleboarding, kayaking or even exploring underwater reefs and wrecks by taking on an afternoon of diving.

There are also numerous ocean safari and glass-bottom boat tours to select from.

On land, the vast sprawl of greenery is a perfect backdrop for hikes or, if you want to holiday like the Cambridges, family bike rides.

Though the Isles of Scilly are off the coast of Cornwall, they are not too hard to reach.

Visitors can get to the island via both land and sea.

By air, passengers can fly to the Isles with flights departing from Land’s End, Newquay and Exeter Airports.

By ferry, they can sail from Penzance Harbour.

Alternatively, those who want to experience both can purchase a fly and sail package which includes a flight out and a ferry back to the mainland. 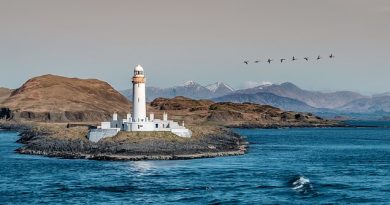 Spread your wings with these 12 awe-inspiring birdwatching tours