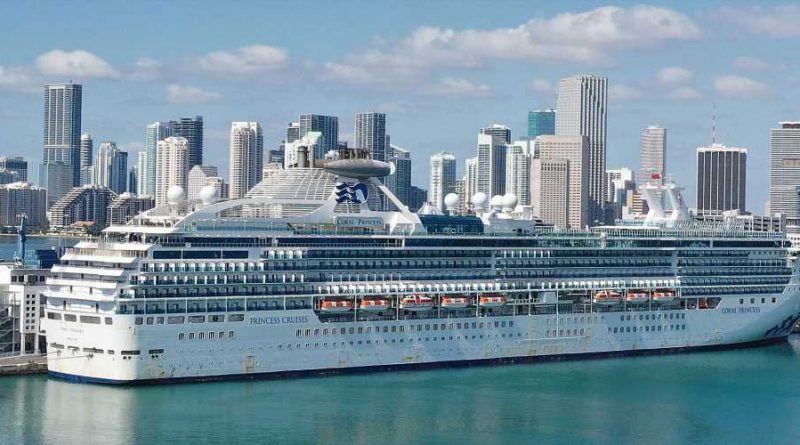 Princess Cruises extended cancellations on several of its sailings into August this week, and put some on hold for the remainder of the year, the company shared with Travel + Leisure.

The cruise line canceled California and Mexico sailings on its Ruby Princess ship as well as Caribbean sailings on the Caribbean Princess through Aug. 21. Additionally, all remaining sailings in the Mediterranean on the Enchanted Princess have been canceled for 2021.

While Princess is putting much of its plans on hold, the cruise line said it was working with government officials to see if any Alaska sailings could be possible this year. Cruising in the United States remains on hold, and Canada has banned all large ships until at least next year, which affects Alaska's cruise industry due to a century-old law that requires large foreign-flagged ships to stop in Canada first.

"We continue to have constructive discussions with the CDC but still have many questions that remain unanswered. We are working diligently to resume sailing in the U.S. and meet the CDC guidelines," Jan Swartz, president of Princess Cruises, told T+L in a statement. "We know our guests are just as eager as we are to begin sailing, and we appreciate their patience as we get close to resuming cruising."

Guests on canceled cruises can either receive a full refund, a future cruise credit of 100% of the paid fare plus an additional 10% bonus, or the choice of taking an equivalent cruise later this year or next year.

When U.S. cruises do eventually resume, the CDC will require ships to sail test cruises with volunteers. Ships where 98% of crew and 95% of passengers are fully vaccinated are exempt from the test sailings.

Currently, Princess only requires proof of vaccination for its "Summer Seacations" from Southampton and is not mandating it for other cruises on sale.

Vaccines have become a flashpoint in recent weeks with the CEO of Norwegian Cruise Line Holdings recently saying their ships may not be able to stop in Florida after the state banned the use of vaccine passports.

A woman climbed into the lion’s exhibit at the Bronx Zoo and started dancing, videos show