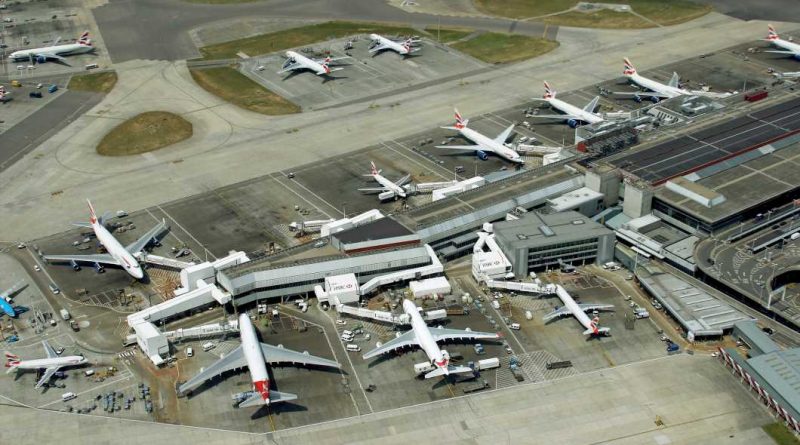 All flights departing from London Heathrow appear to have a new fee that you can expect to shell out for your next flight.

The new £8.90 (about $12.26) fee shows on all flights departing from Heathrow, regardless of the airline or class of service. But, what’s it for? While we don’t know for certain at this point, it appears as though it may be the means by which the airport is getting bailed out for its COVID-19-related losses.

The U.K. Civil Aviation Authority (CAA) published a document on Friday, detailing its options for Heathrow. How it will account for the £2.8 billion (about $3.9 billion) bailout for the airport is under consultation and has yet to be approved. But the timing of this new, unknown tax on all flights from Heathrow points to the idea that this could be the means by which the CAA plans to bail out Heathrow.

The airlines won’t have to repay the bailout sum directly from their already-depleted pockets. Instead, it appears as though the airlines will impose the fee on travelers, which will then be repaid to Heathrow.

The new £8.90 charge, which was reported by Head for Points, shows up differently on many of the airlines that operate from Heathrow. However, if you have a flight that travels from Heathrow to another destination — including a return itinerary — you will find the £8.90 charge added in the taxes, fees and surcharges section of the fare breakdown.

In each of the examples above, the charge appears to be separate from the standard Passenger Service Charge and Air Passenger Duty tax on flights from the United Kingdom. If you’re traveling on a one-way ticket from another airport to London Heathrow, you won’t find the added fee — only tickets that operate from London Heathrow will be subject to the fee.

TPG reached out to Heathrow Airport for comment on the new charge but did not receive a response by time of publication.

As the largest operator at Heathrow, International Airlines Group (IAG), which owns British Airways, Aer Lingus and Iberia, among others, would be responsible for paying roughly half of the CAA-imposed repayment to Heathrow, the Times reports. As expected, IAG isn’t in favor of the proposed repayment.

“It’s not fair nor reasonable to ask consumers to bail out Heathrow,” a spokesperson for IAG said in a statement. “It’s a wealthy, privately owned company which should seek funds from its shareholders, as many other businesses in our industry have done to weather this pandemic.”

Heathrow Airport Holdings Limited is owned by a consortium of international entities. That includes stakes in Qatar, China, Canada, Spain and the United States, among others.

As the aviation and tourism industries largely remain at a standstill — especially in the U.K., where all non-essential travel is still illegal — there’s still a long way to go before passenger demand is expected to rebound.

“The path of recovery is highly uncertain,” the CAA said.

Europe Could Bar US Citizens Once International Borders Reopen