Passengers have been reminded of the dangers of retrieving dropped devices mid-flight after a Qantas passenger’s mobile phone caught alight on a flight from Los Angeles to Melbourne this morning.

QF94 was two hours from landing in Melbourne when passengers began to notice the smell of burnt rubber wafting through the cabin about 6am, the Herald Sun reported.

Cabin crew rushed through the cabin with fire extinguishers, sparking confusing among passengers.

“Nobody knew what was going on,” a passenger told the Herald Sun.

“The (flight attendant) was on the internal phone when two male hostesses grabbed fire extinguishers and ran up the stairs to business.”

It is understood the smell came from a mobile phone that had become crushed in a business class seat.

The passenger reportedly moved the seat to retrieve their dropped phone, crushing the device and causing it to smoulder.

The incident came close to forcing an emergency landing in Sydney.

But about 10 minutes after the incident, cabin crew announced everything was under control and the flight would continue to Melbourne.

“They didn’t say there was a fire, but … my friend overheard two guys talking at the baggage carousel and said the seat was completely destroyed,” the passenger said.

“It was pretty scary … it panicked a few people.”

Qantas confirmed the incident to news.com.au and said the incident showed why it was important to follow cabin crew’s instructions.

“Our crew are trained to handle these situations and the crew on-board followed all the correct procedures,” the statement said. “This incident shows why we ask passengers to seek help from our cabin crew in retrieving their mobile phones.”

Airlines are increasingly advising passengers in their pre-flight safety videos to ask for the help of crew if they needed to retrieve dropped electronic devices.

Australia’s Civil Aviation Safety Authority said smartphones and devices that fell into the mechanism of seats could be crushed if the seat was adjusted, possibly damaging the device’s volatile lithium battery and causing it to overheat and burst into flames.

A battery fire also caused panic on a Qantas flight from Sydney to Los Angeles in 2016, when a passenger’s smartphone slipped between the seats and was crushed as they reclined their seat to get it.

The battery in the crushed phone erupted into flames, which was extinguished by flight crew.

CASA said the number of such incidents on aircraft was growing because of the increasingly slimline design of smartphones and the increased power of batteries.

“Passengers must remember never to move their seat if a phone goes missing while in-flight and to always ask the aircraft cabin crew for assistance,” CASA said in a statement.

“If a phone is damaged cabin crew should be alerted immediately.” 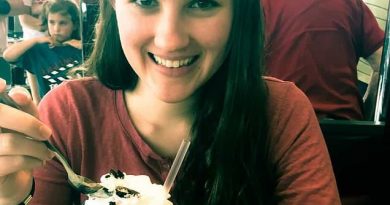 Hand luggage: Always pack this in your cabin baggage – it will prove incredibly useful