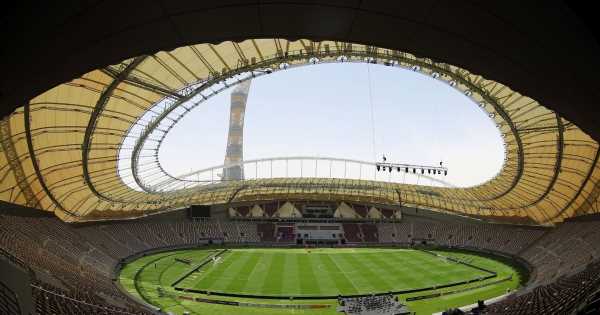 The FIFA World Cup Qatar 2022 is fast approaching with one million fans – including supporters from England and Wales – expected in the pint-sized Persian Gulf state.

In preparation for the crowds heading to the shimmering skyscrapers of the capital Doha and beyond, the fabulously wealthy nation has gleaming new train and tram services operating.

We’ve asked the national tourist board for the best ways to get about by Metro, bicycle or on foot for the greatest football show on Earth.

READ MORE: Hilton space hotel to open in 2027 – everything we know so far from rooms to getting there

“Visitors don’t need a car to explore Doha, as all the top attractions are located accessibly along our Metro and tram network,’’ says tourism chief operating officer Berthold Trenkel.

‘‘To see the sights stress-free, it’s also surprisingly simple to stroll around the city. For example, our vibrant cafe-lined downtown district of Msheireb connects, via a convenient passage, to the historical Souq Waqif; a walk between both really brings to life Qatar’s fusion of ancient heritage and modern development.’’

Doha Metro is one of the most advanced systems in the world, has been open since 2019 and features 62mph driverless trains and a Gold Class for premium passengers.

It’s the system many World Cup fans will be using as their go-to for a practical and inexpensive way to get to and from matches.

The route network links Hamad International Airport with five of the eight stadiums and a single journey costs as little as 50p, after you’ve bought a £2.40 reusable travel card.

Stops on the red line include Katara, Doha’s go-to destination for arts, culture, and cuisine; West Bay, the city’s skyscraper-laden central district; Msheireb, the downtown sustainable revival of the old commercial district with a fleet of al fresco dining options; and Hamad International Airport at the end of the line.

The gold line takes passengers to the National Museum of Qatar and Souq Waqif’s lively marketplace.

Finally, the green line stretches from the centre of Doha out to Education City, the country’s hub for learning and education, with university campuses, parks, the impressive Education City Mosque and the Qatar National Library.

The line then goes to the Ahmad Bin Ali Stadium and Mall of Qatar.

Accompanying the Doha Metro is a series of tram services that operate in specific city districts. Both the Education City Tram and Msheireb Tram offer a convenient free service that circle their respective areas.

Lusail Tram, which launched early this year, provides an extensive route around Lusail – Qatar’s sustainable city of the future and the heart of the World Cup.

Sights include Lusail Stadium (which will host group matches then knockout ties and the final) and Place Vendome – a giant luxury shopping mall with a central canal, dancing water fountains, and around 500 shops. Ticket costs for the Lusail Tram are in line with Doha Metro’s at 50p for a one-way trip.

Cycling in Qatar is taking off with new routes opening as the government there encourages healthy and active lifestyles.

Most notable is the Olympic Cycling Track, which opened in 2020. At 20.6 miles, it holds the Guinness World Record for the longest continuous cycle path in the world. Five bridges and nearly 30 underpasses allow non-stop riding.

While the Lusail International Circuit usually plays host to F1 cars and MotoGP bikes, it also opens its three-mile track to cyclists, runners, walkers and skaters for three hours of free training every Wednesday evening. Bikes can be hired at the track for a small fee.

Another three-mile track lies in Aspire Zone Park, with a Learn to Ride initiative for children.

A walk around Doha’s spectacular skyscraper-fringed Corniche and downtown area will be a popular way for fans to see the sights and soak up Qatari culture.

Starting at the unmissable Museum of Islamic Art, stroll around the large park outside the museum to the striking 80ft-high ‘7’ sculpture by acclaimed American artist Richard Serra. His tallest ever creation, 7 is made from seven steel plates in reference to the significance of the number in Islamic culture.

Doha Harbour is just along the 4.3-mile Corniche, featuring hundreds of dhows – ­traditional wooden boats which were the backbone of Qatar’s economy when oil was yet to be discovered, and pearl diving was the country’s main source of income.

After the Corniche you could spend a couple of hours immersed in the atmosphere of the Souq Waqif, Qatar’s traditional market place.

Originally a weekend market for Bedouins, the souq was restored in the mid noughties and offers a maze of narrow alleys lined with seemingly endless small shops and eateries.

At the souq’s exit, a series of staircases and escalators head up into Msheireb Downtown Doha.

Hurricane-proof 19th-century Florida lighthouse is up for auction