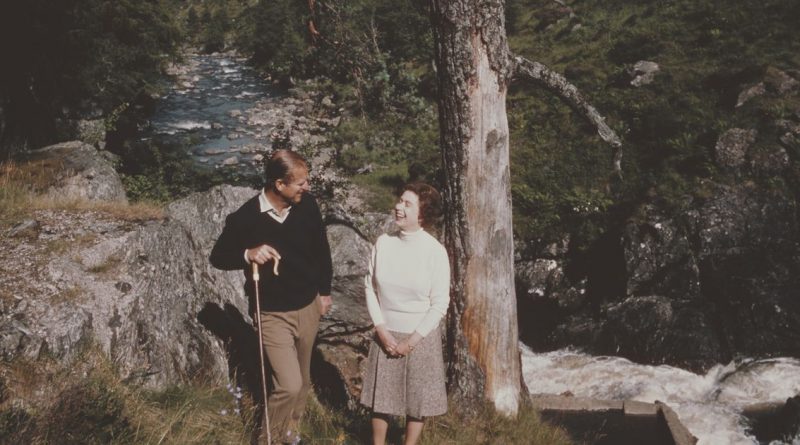 One person who you'd be surprised to know is an expert at staycations is the Queen herself.

Her majesty is currently enjoying her annual summer break at Balmoral Castle in Scotland, as she surrounds herself with the 50,000 acres of the beautiful Scottish Highlands every summer.

However, this year will be different than most as she will be going to the castle without Prince Philip by her side. The Duke of Edinburgh died peacefully at Windsor Castle just two months before his 100th birthday.

The Balmoral Castle in Royal Deeside, Aberdeenshire, is located in the northeast of Scotland and is only about a 30 minutes drive from Aberdeen.

But the Queen will not be alone throughout her stay this year. Since arriving at Balmoral, Prince Andrew and his ex-wife Sarah Ferguson have visited.

But why does the Queen, like so many of us, head back to the same destinations to unwind from the stresses of everyday life each year?

For one, the sheer amount of land to explore for hours on end away from public view, whether it's by horseback or a Range Rover.

Fishing, stalking deer, having a family barbecue or even just taking a long walk across the unspoilt Scottish Highlands are just some of her favourite pastimes.

The stunning natural beauty of the mountains and thick forests stole the hearts of Queen Victoria and Prince Albert back in 1842.

A decade later, the couple decided to purchase Balmoral, tearing down the original building and creating the fortress known today.

Since then, it has been traditional for the Royal family to make their pilgrimage to Scotland for the summer, something Her Majesty has upheld almost her entire reign.

In an interview back in 2018, Princess Eugenie said that Balmoral is the “most beautiful place on Earth” and the Queen is “most happy” there.

She told ITV’s Our Queen At Ninety: "I think she really, really loves the Highlands.

“Walks, picnics, dogs – a lot of dogs, there's always dogs – and people coming in and out all the time.”

Eugenie added: “It’s a lovely base for granny and grandpa, for us to come and see them up there; where you just have room to breathe and run.”

Another sentimental reason why the Queen has strong attachments to her Scottish getaway goes back over 73 years ago.

After marrying Prince Philip on November 20, 1947, the newlyweds spent their honeymoon at Birkhall that lies on the Balmoral estate.

Following the death of the Duke of Edinburgh in April, a photo was released showing the couple at one of their 'happy places'.

Taken by Sophie, Countess of Wessex in 2003, the image shows them both enjoying a picnic on the Coyles of Muick hills close to Balmoral. The Queen so loves the place that she named her new corgi puppy after it.

Royal expert Simon Vigar told Channel 5: “For a person who can never go on a normal holiday like the rest of us, Balmoral is incredibly important in the summer as her retreat and her place to explore the Highlands.”

Holidaygoers wanting to have the royal experience of staying at the Balmoral Estate will have to wait until the Queen has finished her visit.

According to Balmoral Castle's official website, daily guided tours will be available to book very soon from October 9 until November 7.

The audio tour lasts approximately one hour and a quarter, taking guests around the grounds and gardens designed to be in full bloom between April and October.

However, don't expect a behind the scenes viewing inside the actual castle, but visitors will have a chance to peek at the Ballroom.

Arguably the highlight of the whole tour, it is the only room open to visitors in the Castle, with some privately owned objects on show for Royal fans to admire.

For real enthusiasts that are prepared to dig deep into their pockets, there is the Balmoral Expedition, a two hour Land Rover tour across the estate.

Continue experiencing walking in the Queen's footsteps after for a classic afternoon tea filled with a selection of sandwiches, scones and cake.

The whole expedition for four people costs £400 in total, or you can enjoy afternoon tea for £35 per adult – book far in advance to avoid disappointment.

Don't be too disappointed about not seeing the interior of Balmoral, there are nine cottages and lodges decked out in the best tartan and grandeur for any noble guest.

Accommodating from four to seven guests (depending where you stay) this would be a perfect excuse to organise a special get together or luxury staycation.

Each property has direct telephone contacts to a deli, bakery, butchers and restaurant to directly deliver the finest Scottish produce.

Enjoy exploring the nearby villages and towns just a few miles away before ending the day cosying up around the open fire or log burner.

It should be noted that Colt Cottages does not have this facility and that Garbh Allt Shiel, Sterinbeg and Tigh Na Garaidh are only available for certain dates during the year.

With so many things to see and do across the Balmoral Castle, it's no wonder why Her Majesty is drawn to coming back and seeing more of this historic estate.

For further details about staying at one of the Balmoral Holiday Cottages, visit the official website. 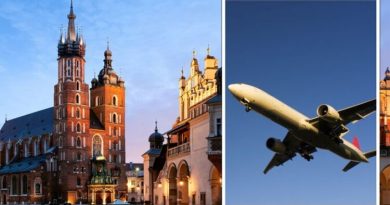 Travel Advice: Is it safe to travel to Poland right now?

Avoid Traffic on July 4th By Leaving at The Right Time