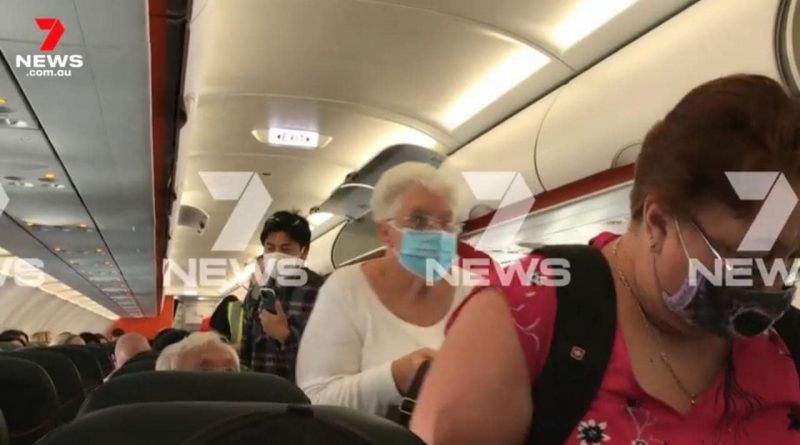 Incredible footage has captured the moment passengers on a flight to Brisbane were told about the city’s three-day lockdown — leading to a scramble for the exit doors.

The Jetstar flight was on the tarmac at Sydney Airport yesterday when the pilot announced, via loudspeaker, the breaking news of a lockdown north of the state border.

Many passengers are seen scrambling to retrieve on-board luggage from overhead lockers so they could alight from the plane prior to takeoff from Sydney.

Around one third of passengers chose to get off the plane after being informed about the impending lockdown.

“Information we’re just getting now, just in the last 10 minutes about the lockdown situation in Brisbane, that they’ve just announced that Brisbane city and the surrounding areas are going into a three-day lockdown,’ the pilot can be heard in the footage — obtained by 7 NEWS.

“With that in mind, some travellers are now choosing not to travel.

“It’s up to you, you can offload the aircraft and you’ll have to talk the ground staff about possibly re-booking you onto another flight, and refunds available.”

The airline is reviewing its scheduled flights to and from Brisbane following Monday’s lockdown announcement. News.com.au has contacted Jetstar for comment.

The lockdown kicked in at 5pm yesterday for Greater Brisbane, just hours after Queensland officials announced four new COVID-19 cases had been confirmed.

This morning NSW Premier Gladys Berejiklian has urged people in her state not to go to Queensland until the situation changes.

“I wouldn’t be going to anywhere in Queensland on holiday,” she told 2GB. “If it was me I would postpone it.

“The last thing you need on your holiday is to be locked in a hotel room for days on end.”

NSWhas said it will not close its border with Queensland despite the three-day lockdown.

“New South Wales is in a cautious position, we are not shutting down our border,” Ms Berejiklian said on Monday.

“In relation to Easter, we recommend people who are considering going to Greater Brisbane, change your plans, and consider changing your plans if you’re going anywhere in Queensland.”

NSW says those arriving in the state from the Brisbane City and Moreton Bay council areas on or after March 27 must complete a self-declaration form.

Meanwhile, Virgin Australia flights to and from Brisbane will operate as normal on Monday.

It advises all passengers not travelling within the next 72 hours to call back at a later stage as its hotline is inundated with calls from concerned customers.

Qantas also announced on its website that the airline is currently dealing with a high volume of calls.

Who has shut its border to Queensland?

States and territories have changed border conditions in light of the Brisbane lockdown.

It is not clear at this stage how long the border restrictions will last, and whether they will extend beyond Brisbane’s three-day lockdown period and into the Easter weekend.

Victoria will shut the border on Greater Brisbane at 6pm on Monday night, when the council areas of Brisbane, Ipswich, Logan City, Moreton Bay Region and Redlands City are designated.

This means non-Victorian residents from Brisbane can’t enter Victoria without an exemption. Victorians in Brisbane will have to apply to come home and then quarantine for 14 days.

Western Australia is reintroducing its hard border with Queensland, which will move from a “low risk” to “medium risk” state. This means only exempt travellers can enter WA from Queensland.

Those arriving in WA from Queensland since March 27 have to self-quarantine for 14 days and be tested for COVID-19.

Tasmania has also shut its border with Brisbane. Tasmanian Premier Peter Gutwein said on Monday anyone travelling to the state from Brisbane, Logan, Moreton Bay, Ipswich or the Redlands will not be able to enter without quarantining for up to two weeks. 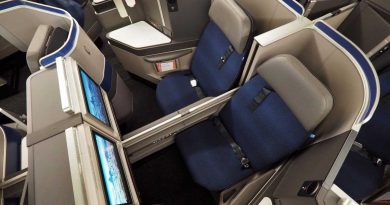 Every United business-class seat ranked from best to worst

Sri Lanka Was One of the World’s Hottest Destinations. Now It’s Eerily Empty.