Home » Travel » Ray Mears recalls his holidays of a lifetime

First holiday I can remember

It was a driving trip to Scotland with my parents when I was five or six. We travelled through Loch Lomond and the Trossachs National Park to Loch Ness.

I remember vividly the heather, clear air and crispness of light. I adore Scotland and spend a month there every year. I particularly like Perthshire, which has a bit of everything – lowland, highland and forest. 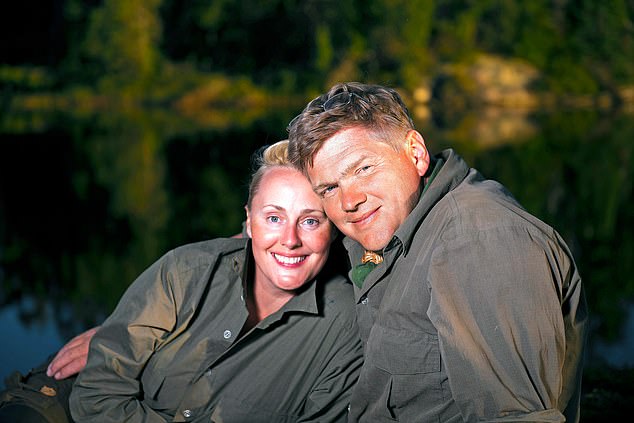 Great outdoors: Ray with wife Ruth (above). They shared a wonderful holiday in Japan

I spent my first year abroad because my dad worked in Nigeria. We moved to Lagos shortly after I was born in 1964. Even though we returned to Britain just after my second birthday, I can remember the rooms where we lived, the chickens on our drive and some of the sights and scenes of Lagos. It seemed chaotic.

When I was 12 we went on a cruise around the Mediterranean. We joined the SS Uganda at Dubrovnik, then sailed to Greece and Egypt. I remember being very impressed by the tomb of King Agamemnon, as well as the Pyramids and the extraordinary artefacts at Cairo Museum. They were moments of pure wonder.

My wife, Ruth. Holidaying without her would be terrible. We love sharing travel experiences.

A three-week visit to Japan. Ruth and I went to see the cherry blossom four years ago. At Sapporo, the largest city on the island of Hokkaido, there was snow on the ground and it was very beautiful. It’s more relaxed than most Japanese cities and a good place to get under the skin of the country.

Tokyo was also amazing and it isn’t as frenetic as everyone imagines. You can step inside a temple and suddenly the pressure of city life evaporates. Our favourite place was Kyoto. We walked along the river and saw the underbelly of the city: a father teaching his son kendo with a stick on the riverbank, men fishing, and people out playing the flute. 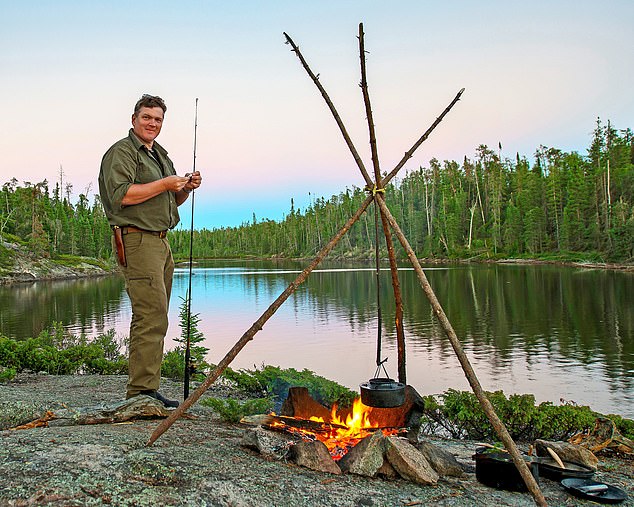 Great outdoors: Ray camping in Ontario (above). His essential holiday item is a ‘sense of humour’

I was sleeping under a mosquito net after filming in Australia when I woke up to find a 16ft saltwater crocodile an arm’s length away. I’d speared a stingray that day and later cooked it. What I didn’t know is that crocodiles have an amazing sense of smell and it had been attracted by the remains of the meal. I lay very still and thought that if it had a pop at me I’d whack it on the nose with my machete. I’ve since discovered I wouldn’t have had a hope.

A sense of humour. It wears thin on occasions because modern travel isn’t easy. It drives me mad when passengers flout the rules when going through security and hold everyone up. Equally, I don’t like security people treating you like an idiot when it’s clear you’re well used to travel. I also hate it when airlines don’t keep you informed of flight problems.

I’d love to see more of Kimberley, a remarkable part of north-west Australia, and also Indonesia because it’s such a melting pot.

Germany's most beautiful towns and villages

The best bargain deals for winter sun for the coming months