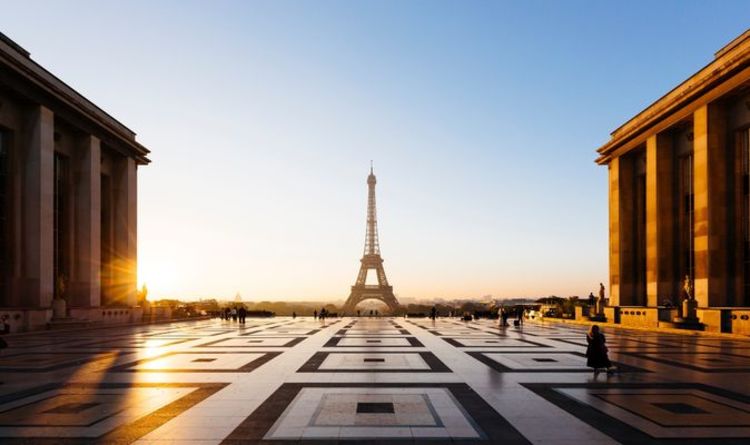 British citizens now need to have their passport stamped when they enter and leave the Schengen Zone. This is because they cannot stay in the area for more than 90 days out of every 180.

However, British people with residency in France should not have their passport stamped as the 90 day rule does not apply to them.

One Briton Kerry, said her passport stamp caused an issue when she attempted to fly to the UK from Montpellier in the south of France.

Kerry told The Local she had lived in France for five years and applied for her carte de séjour residence card before the September 30 deadline.

She said she has not received the card yet but the deadline to have a card is not until January 1, 2022.

Kerry told The Local: “I travel a lot for my work, although obviously less over the last 18 months, but I went to the UK in July and when I came back into Montpellier my passport was stamped.”

Kerry works as a photographer and said she regularly travels overseas for shoots in the UK and elsewhere.

She said: “I didn’t think it would be a problem because I have the email showing that I applied for my carte de séjour, plus an email from my local préfecture confirming my appointment to go and give fingerprints and a photo.

“But I was leaving Montpellier last week to go to Gatwick for a shoot, and when I showed my passport to the official at the airport he told me I had overstayed my 90 days.

“I was taken into an interview room with three officials and a woman started shouting at me telling me that since Brexit Brits can’t just come and go as they did, they have to abide by the 90 day rule.

“I’m fully aware of the rules, but as someone with residency the 90-day limit doesn’t apply to me.

“I tried to show them the emails but they weren’t interested and said they didn’t count as official proof of my residency status.

“In the end I had no choice but to pay the fine if I wanted to get on the flight.”

She said she was fined €198 (£166) by the Douanes Françaises for the passport violation.

She was also given an extra stamp to show she had been fined for overstaying.

This could create travel issues for Kerry on future holidays abroad as other border guards may note it.

Kerry said: “I have my appointment at the préfecture next week so hopefully I will have the card soon, but it was a really scary experience, especially as I need to be able to travel for my work.”

Kerry said she had originally applied for residency in October 2019 but a problem with her application meant she had to restart it.

Britons with residency rights in France should not have their passport stamped when they enter and exit.

British tourists will need to check their passport is stamped when they leave and enter to prove they have not overstayed.

Express.co.uk has contacted the Interior Ministry for a comment on this case.

The 23 Most Magical Christmas Towns in America

France warning: Entry rules ramped up for some nations – how UK holidaymakers are affected