Home » Travel » Red list SLASHED to just 7 – but what does this mean for Covid? ‘Big step down’ 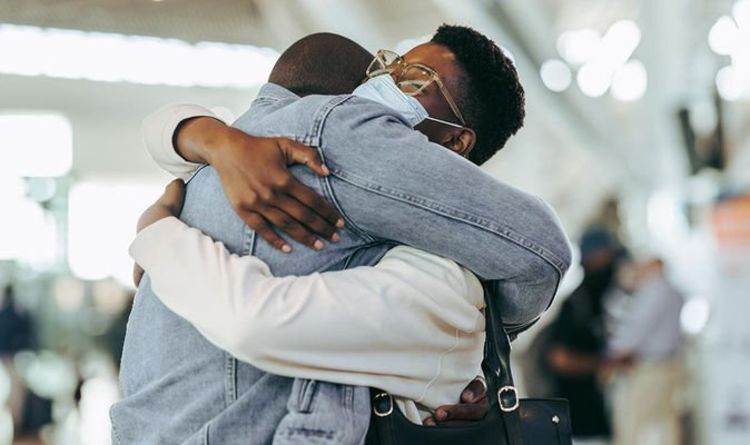 Destinations including South Africa, Brazil and Mexico have been removed from the ‘red list’ for travel as ministers whittle the list down from 54 to just seven. This means travellers will no longer need to quarantine in a hotel on their return and builds upon the Government’s recent scrapping of the traffic light system as part of easing of coronavirus restrictions.

But will this easing of travel restrictions lead to a spike in numbers and risk further lockdowns?

However, Prof Kinane said the real risk is in the potential scrapping of PCR tests that should raise concern.

Highly effective PCR tests are being used less often now, and ministers said passengers would soon be able to use a photograph of a lateral flow test as a minimum requirement.

The change would come into effect in “late October”, the Department for Transport (DfT) said.

Prof Kinane said: “This is a very big step down in protection against Covid, particularly against dangerous new variants.”

Lateral flow tests are cheaper, quicker and can be taken at home – increasing the risk of incorrect usage.

He said: “These could either be an in-person test with a trained swabber at a health centre or a video test where the passenger can swab themselves while being observed online.

“That would be the best way to continue to protect the country from potentially dangerous new variants.”

While the debate over testing continues, people with loved ones and obligations in red list countries will be breathing a sigh of relief.

South Africa and Brazil have faced the toughest restrictions of any country.

Both nations were put on the red list in January due to fears over the Gamma and Beta variants, that were found to be more contagious.

Pockets of Beta cases sprang up in the UK, but Delta was then imported from India and began to outstrip most other variants owing to its high transmissibility.

The Government has been criticised by Tory MPs – including the former prime minister Theresa May – for not unlocking international travel as fast as many other countries.

Over the summer, she said it was “incomprehensible” that the UK – being “one of the most heavily vaccinated countries in the world” – was the “most reluctant to give its citizens the freedoms those vaccinations should support”.

Announcing the news, Transport Secretary Grant Shapps said the changes begin on Monday and “mark the next step” in reopening the travel industry.

He added the Government was “making it easier for families and loved ones to reunite”, adding that with fewer restrictions “and more people travelling, we can all continue to move safely forward together along our pathway to recovery”.

Follow these steps to minimise the carbon footprint of your flights