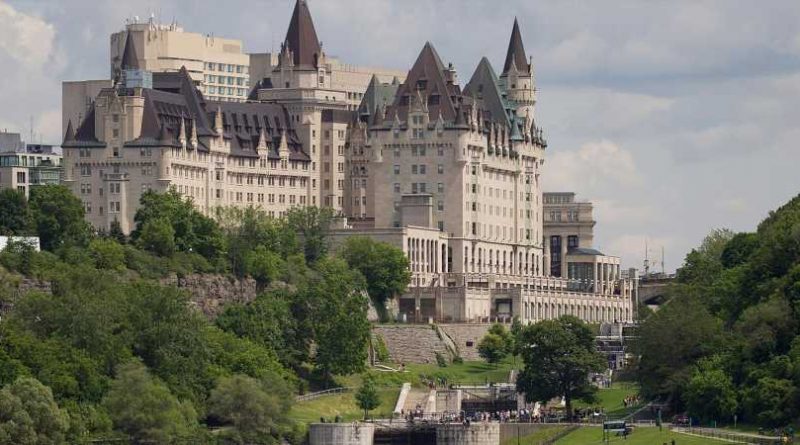 Picture this: you've packed up your steamer trunks and suitcases with all of the finest garments in your wardrobe, save for one outfit, which you've already donned for the lengthy trip ahead that you expect will be plenty with gourmet meals, an abundance of fine wine, great conversations, and networking opportunities. You're not heading to a first-class flight or luxury ocean liner excursion, though, you're boarding a nineteenth century train cabin.

Canadian train travel in the late nineteenth century was nothing like what might come to the mind's eye when envisioning a modern day railroad journey. At the time, the Canadian Pacific Railway and its competitors, the Canadian National Railway and the Grand Trunk Railway, made long-distance travel a highly coveted luxury experience, opening up the entire country for the first time. And unlike the relatively mundanity that is most long-distance train itineraries today, the accessibility came with an air of grandeur and comfort that made the journey something to experience in and of itself.

Alongside the rise of sophisticated train travel for both business and pleasure came the need for equally sumptuous accommodations that were easily accessible directly from the train station — which is where Canada's Grand Railway Hotels stepped in. Built by the Canadian railway companies, this series of hotels were designed to accommodate passengers of the country's railroad network, serving as an extension to the luxurious experience that was train travel.

In order to meet the standards of the modern stylish traveler, most of the original railway hotels were built in the majestic Châteauesque style — a distinctly Canadian form of architecture that can only be described as a hybrid of Scottish baronial and French châteaux.

Montreal-based architect Ross & Macdonald (formerly Ross & Macfarlane) championed the grand architecture style, taking cues from New York City's Plaza Hotel and building upon the design in a distinctly Canadian fashion that wound up taking the sumptuous style from coast to coast by the early twentieth century.

Although train is no longer the dominant form of travel within Canada, a large majority of these Grand Dames still stand tall, setting the standard for luxury accommodations across the country thanks in part to the fact that many are now owned and operated by Fairmont Hotels and Resorts.

What's more, the remaining Grand Railway Hotels are considered to be an important part of Canadian history and architecture to this day — a fair few named as National Historic Sites of Canada and are fiercely protected by provincial and federal cultural property acts.

Interested in experiencing what it was like to be a well-to-do traveler in nineteenth century Canada? Here are a handful of the most storied properties that are still available for booking, from British Columbia to Nova Scotia:

The Fairmont Hotel Vancouver is a fine example of the Châteauesque-styled building by virtue of its prominent copper pitched roof with dormers and intricately carved stonework. Already one of the last of the Châteauesque hotels to begin construction, developers took over a decade to complete the project due to a lack of funding as a result of the Great Depression. That said, the luxurious property holds the same stature and architectural aspects as the majority of the other high-end railway hotels — but it's actually about 50 years younger than its would-be contemporaries, having only opened its doors in 1939. Tucked within the Rocky Mountain range of Banff National Park, the Fairmont Banff Springs was built as an attempt to draw international travelers to the picture-perfect landscape — and it worked. The hotel opened its doors in 1888 and quickly began drawing guests from around the world due in part to its lavish architectural details but mainly because of its proximity to the natural splendor of the Rocky Mountains. Famous guests range from Marilyn Monroe to King George VI and is still a fan favorite among the royal family during Canadian tours. Fairmont Château Lake Louise opened its doors just two years after its sibling property in Banff. Reeling off the success of its predecessor, it quickly gained notoriety for its equally stunning views amidst the Canadian rockies and bonus access to the sparkling turquoise waters of Lake Louise. Today, the luxury hotel and resort continues to draw travelers looking for a high-end vacation in the wilderness, with distinctly Canadian attractions ranging from ice sculpture contests and snowshoe excursions to afternoon tea overlooking the Victoria Glacier.

First opened by the Grand Trunk Pacific Railway company in the summer of 1915, the Fairmont Hotel Macdonald (commonly known as the Mac) was built as a natural extension to its contemporaries in the Rockies. The Châteauesque-style construction, conceptualized by Ross & Macdonald, marks the architectural firm's furthest venture west and features exaggerated architectural details including wings, turret towers, dormer roofs, and finials that set it apart from the more contemporary Edmonton skyline.

The Fort Garry Hotel first opened its doors in 1913 and is one of the best examples of classic Châteauesque-style construction. Inspired by its contemporaries, it's believed Ross & Macdonald used a combination of their plans for existing railway hotels and certain aspects of the Plaza Hotel in New York to create a majestic property fit for the rapidly expanding Winnipeg skyline. The century-old property remains to be the only centrally located hotel on Broadway and as such has seen many famous guests, including Louis Armstrong, Harry Belafonte, King George VI, and Queen Elizabeth.

The Fairmont Royal York might have been one of the last railway hotels of its stature to open in Canada, but it's the largest and possibly the most majestic out of all its contemporaries. Featuring over 1,048 guest rooms and suites when it first opened its doors in 1929, the luxurious downtown property was a very convenient option for railroad travelers due to its proximity to Union Station — the second-busiest railway station in North America only after Penn Station. Despite its glorious exterior and continued level of sumptuous suites and services, the Fairmont Château Laurier saw a rather tragic beginning. Grand Trunk Railway president Charles Melville Hays commissioned the Château at the same time as Ottawa's downtown Union Station, a move that was expected to revolutionize Ottawa's downtown core — and it did. Sadly, Hays never had the chance to see his grand project come to fruition as he died aboard the ill-fated Titanic while returning to Canada for the hotel opening.

Designed by American architect Bruce Price and William Cornelius Van Horne, president of the Canadian Pacific, the Fairmont Château Frontenac is considered the crown jewel of Quebec City — and happens to be the most photographed hotel in the world. The storied property was the second Grand Railway Hotel and remains to be one of the most important buildings in Canada's history — which would come as no surprise to the late Van Horne, who wanted the hotel to be the most talked-about property on the continent.

A National Historic Site of Canada and part of a UNESCO Heritage Site, the Fairmont Château Frontenac is visible from almost any point in Quebec City thanks to its towering, fortress-like design perched atop the forts of Château St-Louis, the former residences of the governors of New France.

Although the more prestigious properties were concentrated on the west coast of Canada, the Canadian National Railway did commission a handful of properties in Halifax — with the Westin Nova Scotian (originally known simply as the Nova Scotian) being the Grande Dame of the city. Tucked into the south end of Barrington Street, this humble property is conveniently located next to the Halifax Railway Station and the former Pier 21 ocean liner terminal and, as such, has played home to many noteworthy guests — in fact, Queen Elizabeth II has stayed in the hotel not just once, but twice.

The Ultimate Guide to Flying With Sports Equipment