From the suite where Beatlemania was born to the room made famous by the scandal that brought down President Nixon: The 10 best history-making hotel rooms

A number of events of historical importance have taken place at hotels around the world – from the birth of Irish independence to Watergate.

Plus hotels have been the setting for more trivial, but nonetheless significant, moments such as an unprecedented show of pop star fandom towards The Beatles in 1964.

Scroll down for our pick of the 10 best history-making hotels.

1. Alive with echoes of the Great War 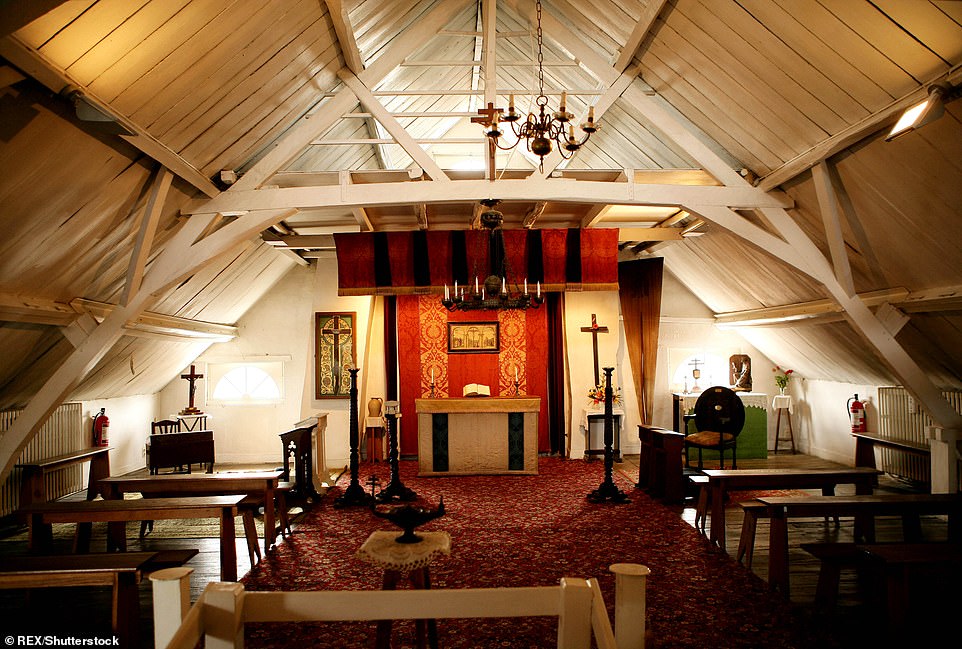 Shelter: The chapel inside Talbot House, Poperinge, Belgium. In 1915 it was used as a refuge for weary soldiers

Reverend Clayton established Talbot House in Poperinge, Belgium, in 1915 as a refuge for weary soldiers of all ranks. It’s now a living museum full of iron bedsteads, ancient armchairs, witty signs and the almost tangible presence of warriors past – and has seven rooms to stay in.

2. Step into the heart of the Russian revolution 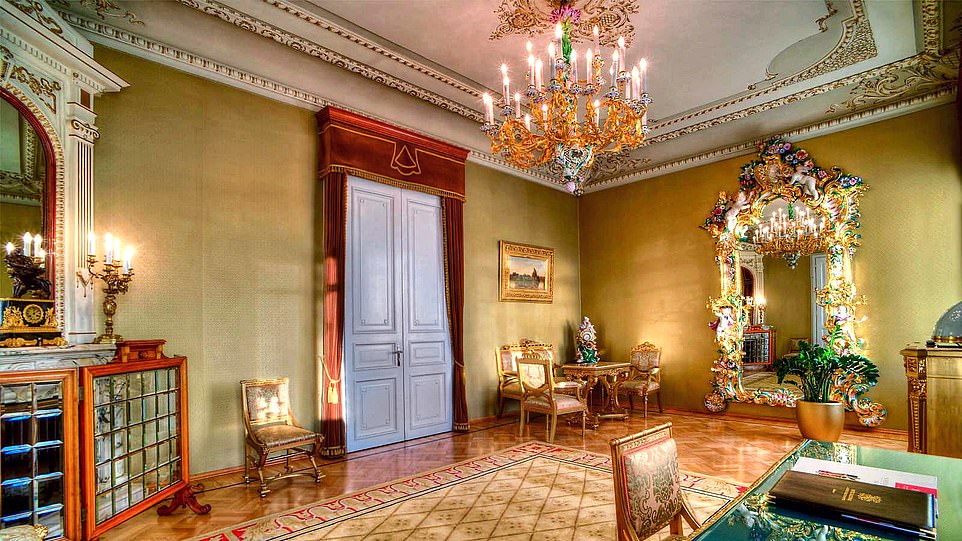 The first Soviet government met at the Hotel National in Moscow following the Russian Revolution of 1918. Lenin stayed in room 107 and Trotsky was a guest. Some of the furniture was plundered from the palaces of Tsars. It overlooks Red Square and the Kremlin.

3. Savour the birth of Irish independence 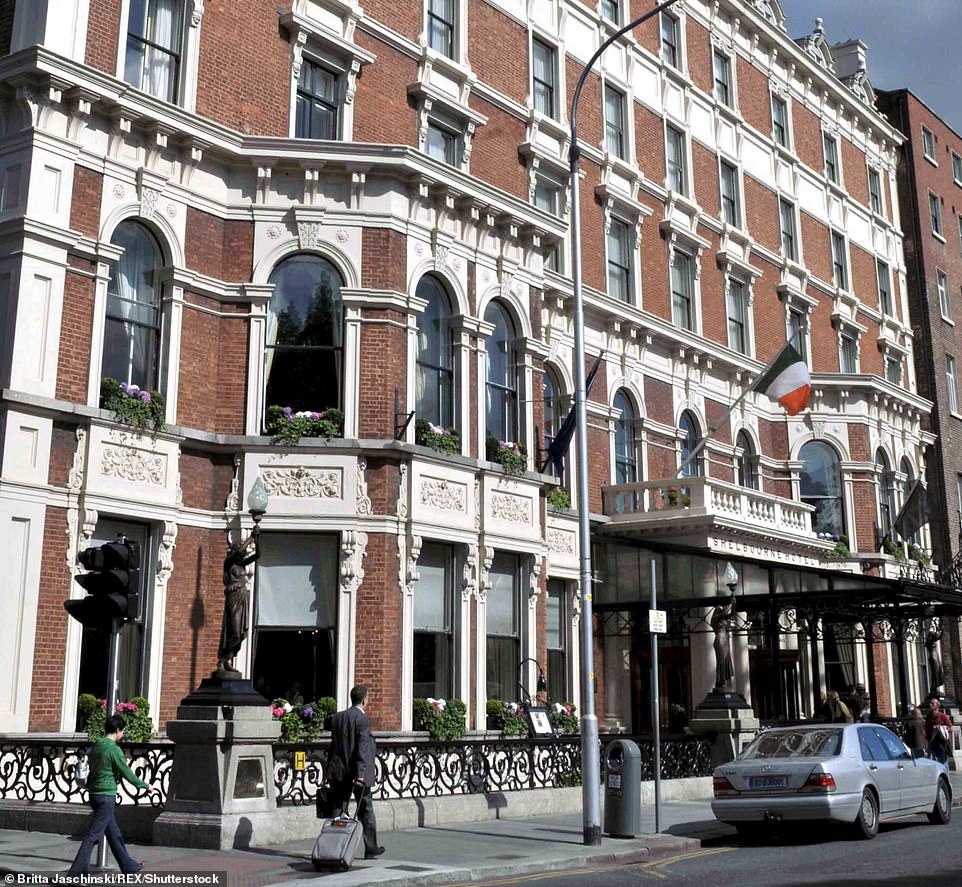 Slice of history: At the Shelbourne Hotel (above), visitors can dine in the room where the Constitution of Ireland was drafted

In 1922, under Michael Collins, the Constitution of Ireland was drafted in room 112 of Dublin’s Shelbourne Hotel. Now the Constitution Room, and available for private dining, it features the original antique table and chairs used for the landmark signing.

4. Return to the scene of a British surrender 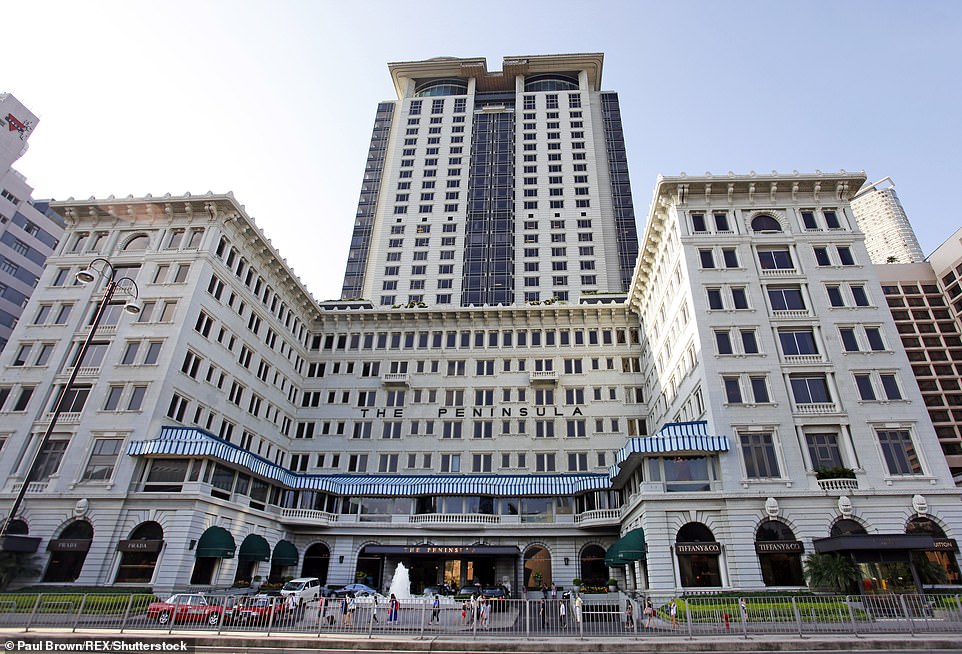 Symbolic: The Peninsula Hotel in Hong Kong (above) was used by the Japanese as their post-invasion HQ in 1941

The Japanese symbolically made the Peninsula Hotel in Hong Kong their post-invasion HQ in 1941, and Governor Sir Mark Aitchison Young signed surrender documents in room 336 on Christmas Day. 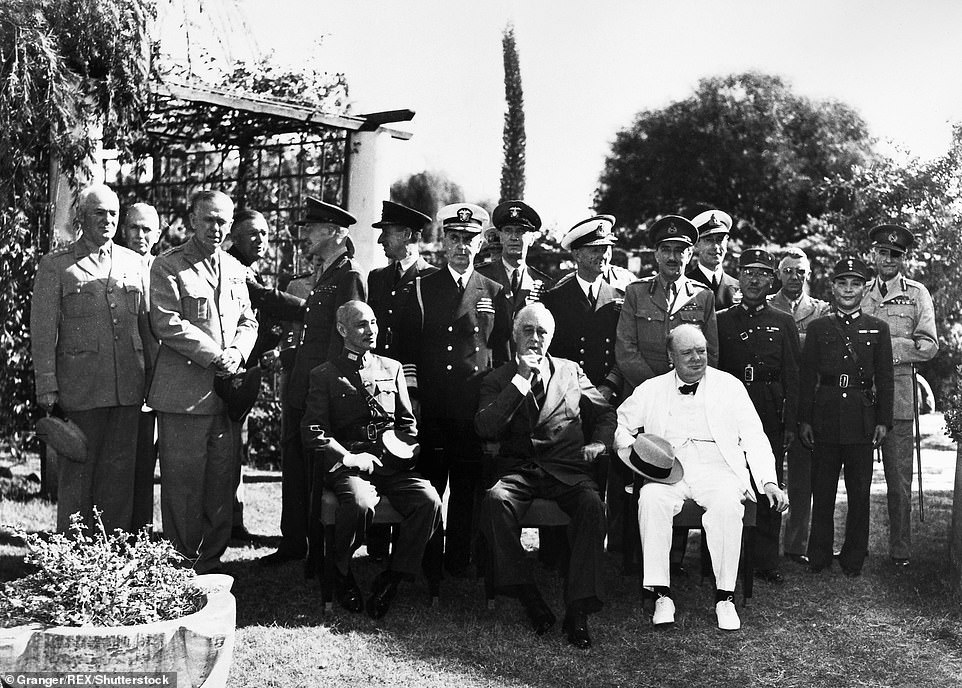 Front row from left to right, Chiang Kai-Shek, Franklin Delano Roosevelt and Winston Churchill at the Cairo Conference in 1943

Plans for the Normandy Landings were discussed. Churchill loved the view of the Pyramids from suite 623 and slept with the curtains open. From £81, marriott.com.

6. Frisco bolthole where the UN came to life 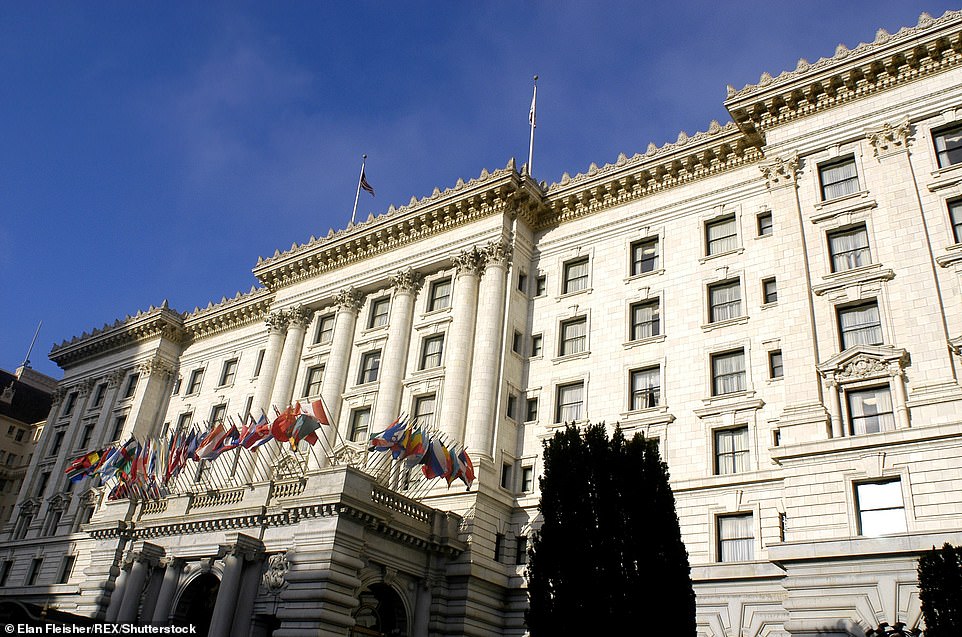 US Secretary of State Edward Stettinius stayed at the Fairmont in San Francisco in 1945 during the drafting of the UN Charter. Key negotiations with the Big Five happened in his penthouse suite.

7. The stately home of a political scandal 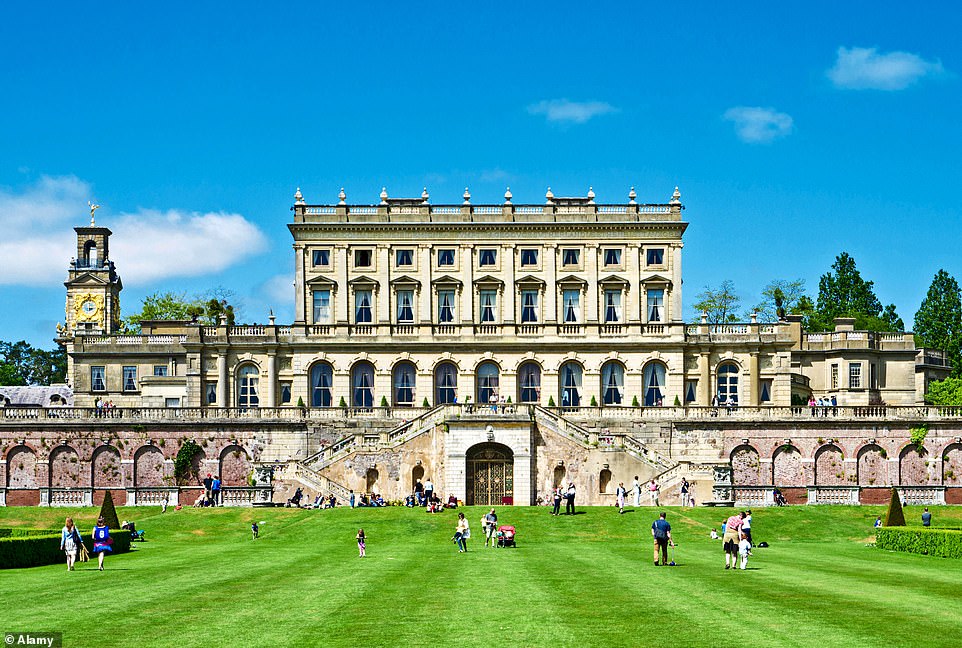 John Profumo met Christine Keeler, a guest of osteopath Stephen Ward, by the pool at Viscount Astor’s Cliveden House (now a hotel) in Buckinghamshire in July 1961. The resulting affair between the Secretary of State for War and the showgirl rocked the Establishment.

8. A Big Apple slice of Beatlemania 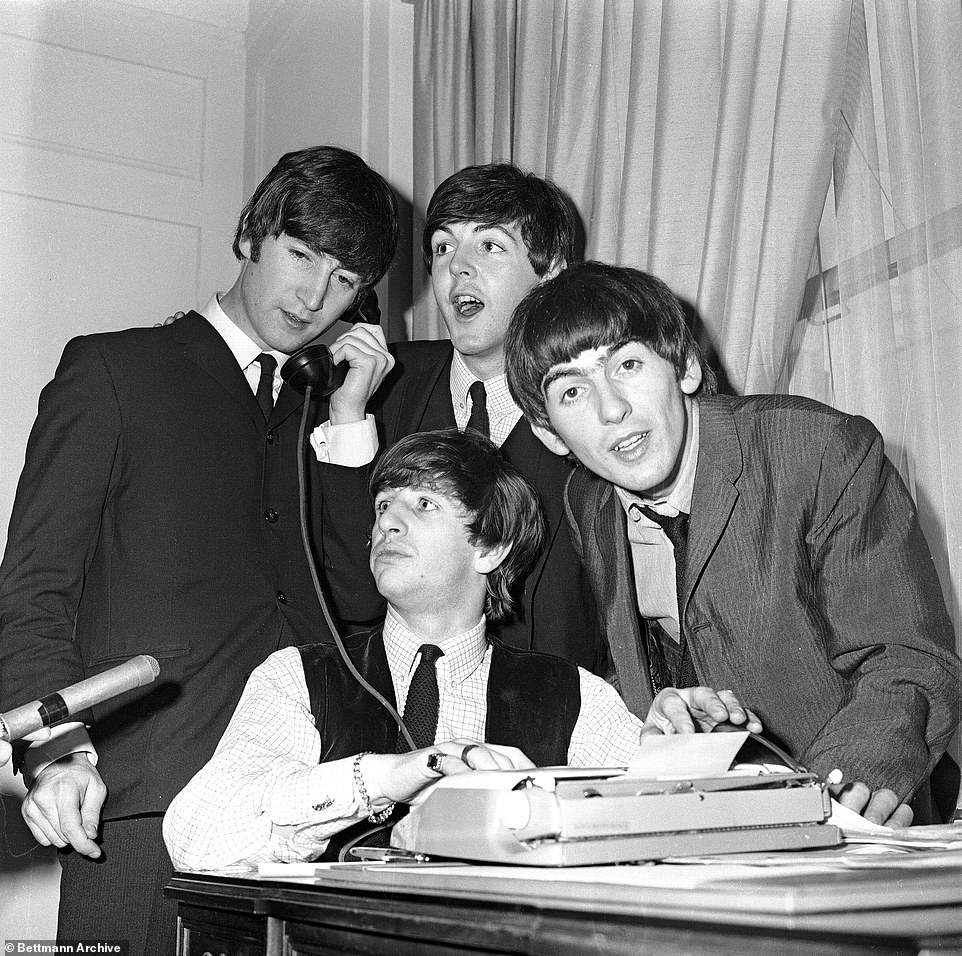 The Beatles were mobbed in New York in February 1964. Their appearance on TV’s Ed Sullivan Show galvanized American youth and changed the direction of rock. They stayed in the 12th floor Presidential Suites of the Plaza Hotel (rooms 1209-1216) while girls screamed from the sidewalks.

9. Hotel that gave its name to a crisis 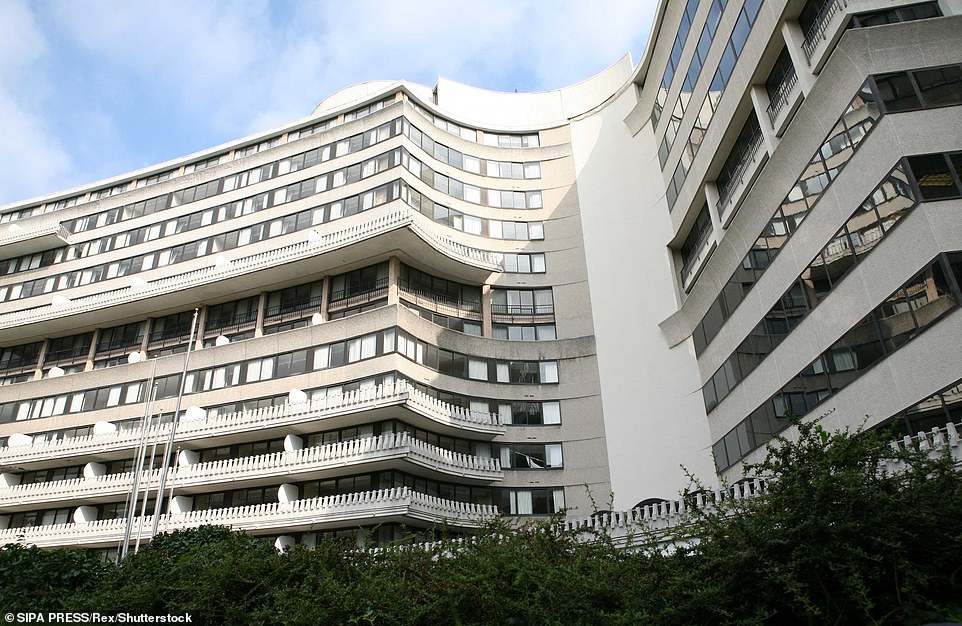 In 1972, the Democratic National Committee was famously burgled for secrets, leading to President Nixon’s downfall. The theft was orchestrated from room 214 of the Watergate Hotel in Washington. The Watergate Scandal Room comes with a 1970s typewriter and a key card reading No Need To Break In.

10. Surrounded by peace in bustling Jerusalem

An oasis of tranquillity in Israel’s tumultuous city of Jerusalem, The American Colony Hotel has hosted distinguished visitors from Lawrence of Arabia to Tony Blair. In 1992, members of the Israeli government met the PLO in room 16 to thrash out the Oslo Accord. 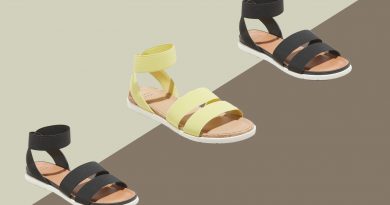 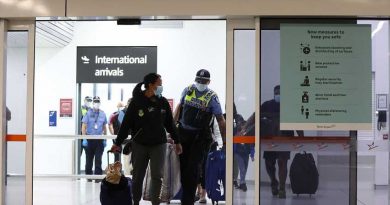