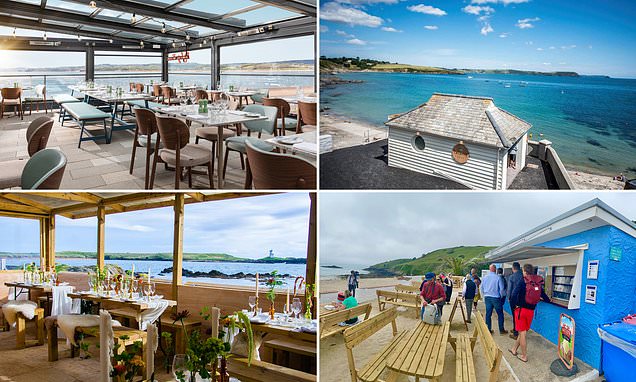 We do like to eat beside the seaside! At last, it’s hot enough to really enjoy our glorious beaches – but where will you dine? Here we reveal the finest coastal cafes, from Cornwall to Scotland

Just reading about these sublime seaside spots will get your tastebuds tingling.

With summer around the corner, we’ve dug out 15 of the best cafes along the UK coast serving up top-notch views, fresh seafood and friendly service. Some are seasonal, while others are open all year round.

Scroll down to whet your appetite.

The shack on the shoreline 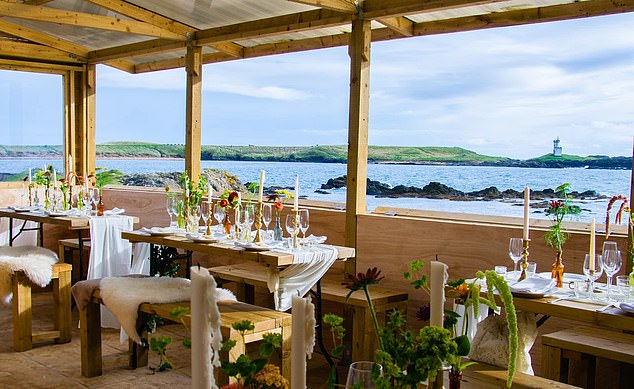 There are splendid views from The Harbour Cafe at Elie in Fife, which is run by Amy Elles, one of the top chefs competing in the current series of the BBC’s Great British Menu show

The Harbour Cafe, Elie, Fife: You may recognise Amy Elles behind the counter, as she’s one of the top chefs competing in the current series of the BBC’s Great British Menu show.

On a beachy spit beside the pretty village of Elie, north-east of Edinburgh, her and husband Jack’s wooden seafood shack contains four long tables and huge windows facing across the Firth of Forth.

Short menus hinge on the catch of the day by local fishermen but often include lobster and crab served with hot, buttery new potatoes. The coffee is excellent, too. Open Monday (lunch-only) and Wed­nesday to Sunday, April to September (theharbourcafe.co.uk).

A step back in time 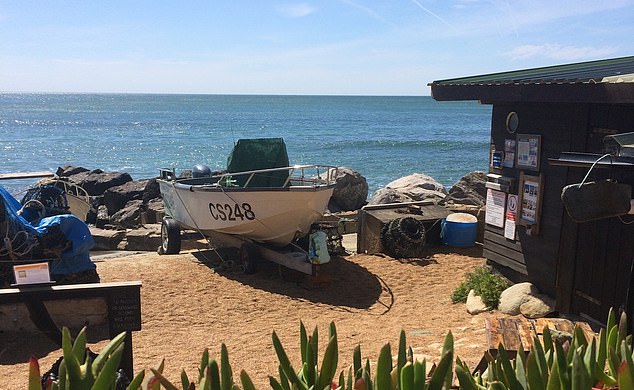 The view from the Crab Shed on the Isle of Wight, where you can devour crab or mackerel pasties while looking out to sea

Here’s why Caine’s so able 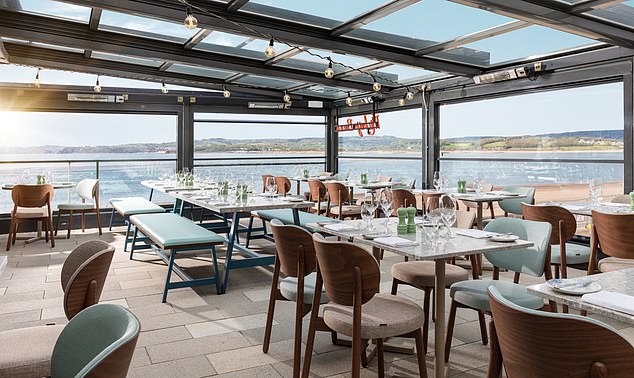 Below a restaurant and next to Cafe Patisserie Glacerie – selling tempting treats and gelato by pastry chef Sylvain Peltier– comes this bar, complete with weekend DJs. 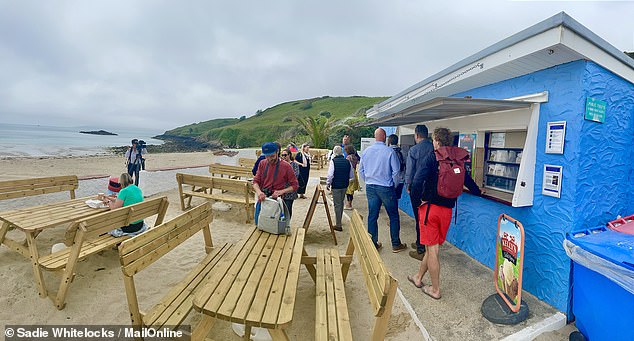 Park up before you fill up 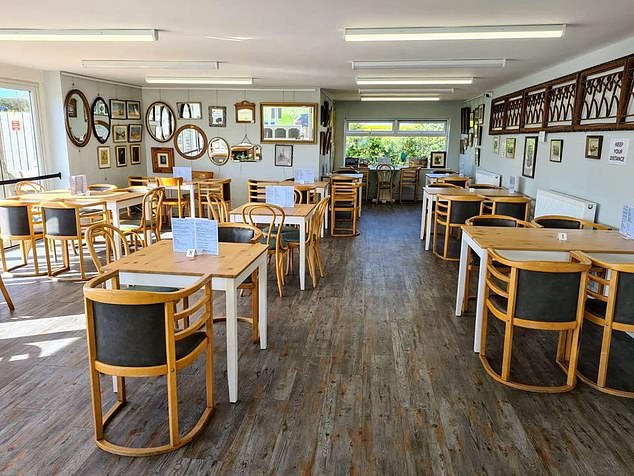 The Drift Cafe in Northumberland, which is a 30-second stroll from Cresswell Beach

The Drift Cafe, Cresswell, Northumberland: Next to Cresswell Beach car park, and about a 30-second stroll from the fudge-coloured sand, sits The Drift Cafe.

Tuck in after a puffin trek 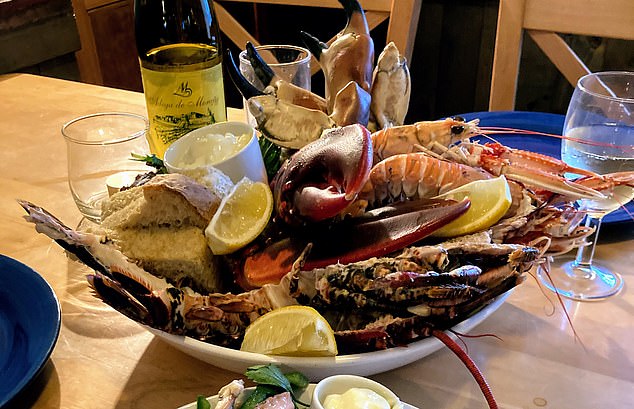 Pop into the Cafe Canna in Argyll for zesty plates of local seafood, island meats, and seaweed

Luckily it’s excellent, producing zesty plates of local seafood, island meats, and items either foraged (including seaweed) or grown in a community polytunnel. Be it mackerel tacos or wild-rabbit sausage rolls before a bowl of whisky-and-honey ice cream, meals here are just the ticket after strides over tranquil green hills to watch Canna’s colonies of puffins. Open daily except Tuesday, May-September (cafecanna.co.uk). 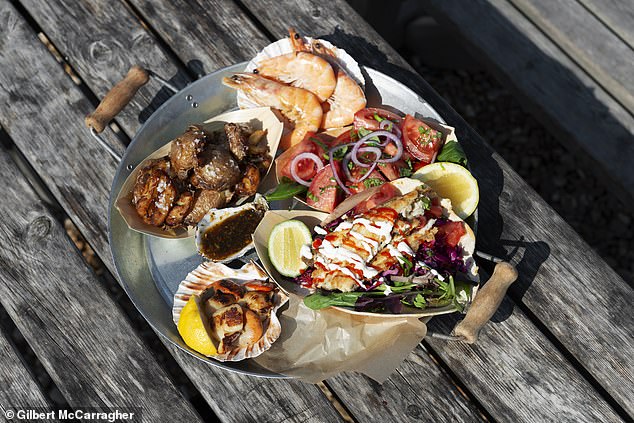 Some of the food on offer at the Dungeness Snack Shack in Kent. Menus are based on catches made by the owners’ two boats

Dungeness Snack Shack, Dungeness, Kent: Despite its spartan appearance, this shipping-container kitchen serves wonderful, sustainable seafood (and some sweet traybakes) on the shoreline.

Most famous, however, are its lobster rolls with seaweed-infused black butter – a snack so yummy that Mor’s team has been invited to cook it in international competitions. Other favourites are showcased on the owner’s YouTube channel. Open daily, April-September (beachfood.co.uk)

Wake up and smell the coffee 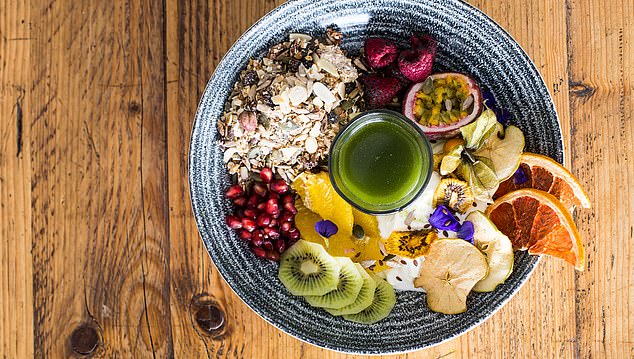 A colourful dish from the Lucky Beach cafe in Brighton, which also runs an organic coffee roastery and shares its profits with Rwandan farmers

A top choice after tee time

Beach Cafe, Lytham St Annes, Lancashire: About a par five from the Royal Lytham & St Annes Golf Club, this cafe has views over the sandy St Annes Beach and Ribble Estuary as far as Snowdonia.

Top choices include haddock and chips, and shrimp in popcorn batter, best eaten on the rock garden’s turf-topped tables. Sunset is a magical time, and alcohol is available. Open daily (beachcafe­fylde­.co.uk). 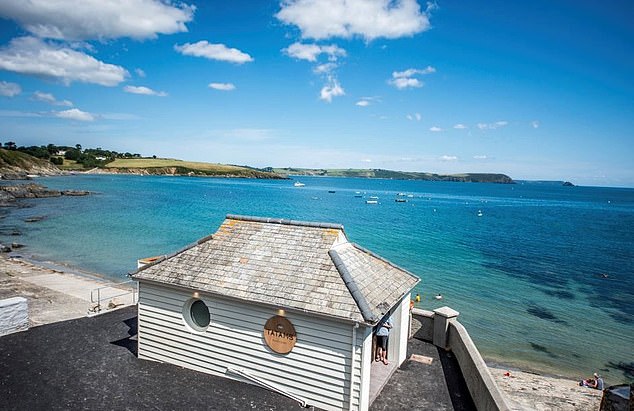 Tatams, pictured, is right beside Portscatho’s rocky shore and is built inside a former public toilet block

Let the crowds flock there while you revel in this less-publicised gem. Built inside a former public toilet block, it’s a two-parter – the gently chic ‘taverna’ serves River Fal mussels and stonebaked pizzas while a counter touts coffees with custard tarts. Open daily (tatams.co). 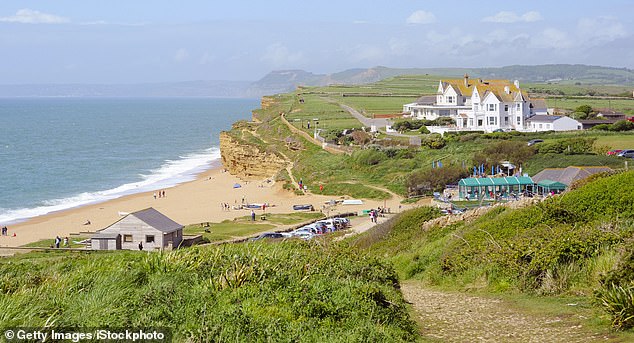 Shore things: The green-roofed Hive Beach Cafe in Dorset, where spider crabs are one of the specialities in peak season

Take a shine to sunny hunny

Start your day the right way 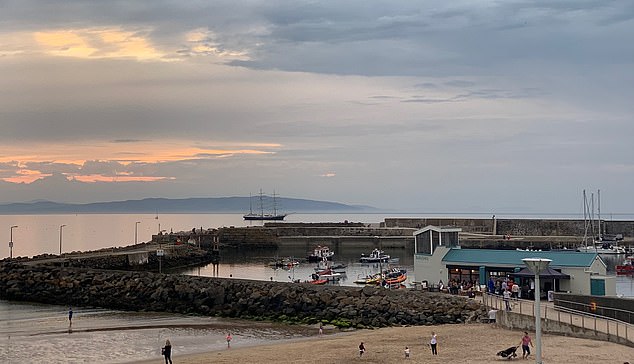 Babushka, pictured with the green roof, looks over West Strand Beach towards the peninsula-set town of Portrush

There’s a relaxing interior while, outside, deckchairs look over West Strand Beach to the peninsula-set town of Portrush. Open daily (babushkakitchencafe.co.uk).

Sweet treats from a fab cabin 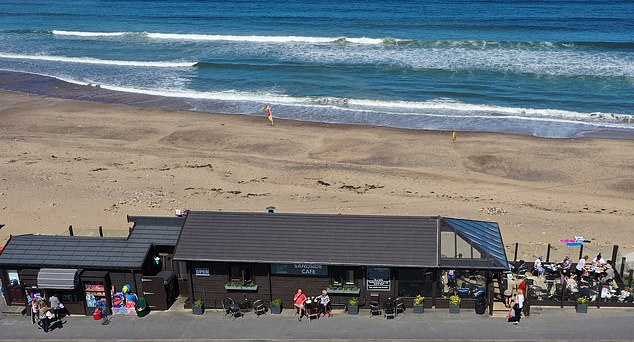 Granary sandwiches with crabmeat are most popular, often accompanied by Mars Bar traybakes or slices of cake. Open daily (sandsidecafe.co.uk).

Check a venue’s website or social media pages before arrival, as many continue to adapt hours of service as lockdown restrictions are lifted.

‘It Happened So Fast’: Hotels are Now Coronavirus Ghost Towns