Home » Travel » Revealing the delights of Sandwich, a medieval town in Kent 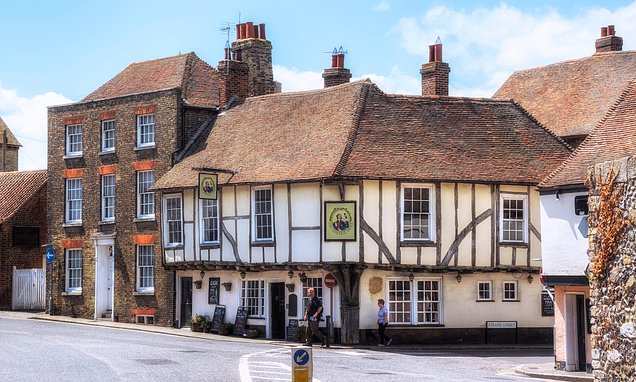 Sandwich? Tuck in! Revealing the delights of one of the best-preserved medieval towns in the whole of Britain

Deckchairs are set up in the gardens of St Peter’s Church in Sandwich, one of the best-preserved medieval towns in the whole of Britain.

Seagulls perch on stone walls close by, hoping a picnicker might toss a crust their way, having flown inland two miles to try their luck. The Wantsum Channel, which once linked the settlement to the sea, had silted up by the 16th century.

Sandwich — its Saxon name meaning ‘place on the sand’ — was once a major port; the embarkation point for kings and their armies heading off for regular skirmishes with France. 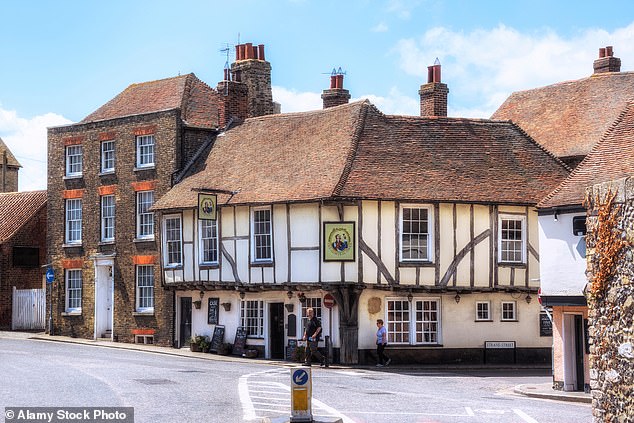 Kent through the ages: The centre of Sandwich is lined with many historic buildings

Ironically, the Kent town was transformed into a French ville in 2019 for Netflix movie The Old Guard, with Charlize Theron.

The Black Prince, who set sail with 700 ships from here in the 14th century, must have been turning in his grave.

To reach Sandwich, I take the coastal toll road from Deal. It’s a lovely meander through fields, with cows grazing on buttercups on one side, and grassy dunes dotted with the occasional World War II pillbox on the other.

On arrival at Sandwich Bay, I spot huge spectator stands erected for the Open Championship at the Royal St George’s Golf Club in July. It is hard to imagine the place as a key seaport when you see what is left of the Wantsum Channel.

You get a sense of its seafaring past from the listed buildings such as Fisher Gate, built in around 1384 — the only remaining medieval gateway to the town.

From here, the monks of Christ Church Priory in Canterbury once ran a ferry service. 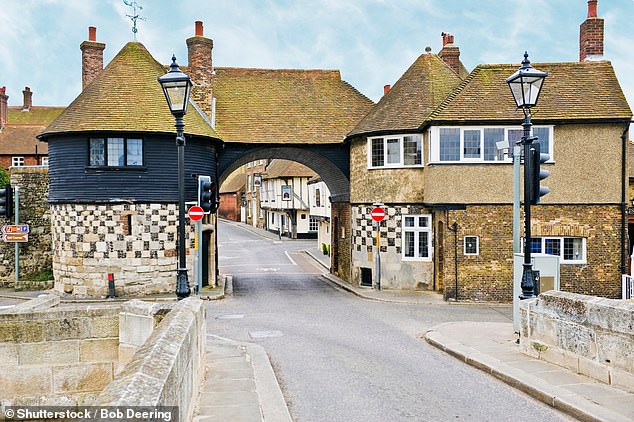 The Kent town was transformed into a French ville in 2019 for Netflix movie The Old Guard, with Charlize Theron. Pictured is a medieval tollgate

A stroll along Strand Street takes you past half-timbered medieval and Tudor houses (Sandwich Weavers and The Long House among the most notable) to King’s Lodging, dating from 1400, where Henry VIII, and later Elizabeth I, were entertained.

On St Peter’s Street I pass medieval jails, before taking a self-guided tour of the Guildhall.

The thumbscrews (used to elicit confessions) and halberds (long axe-like weapons with a spike on the top) in the courtroom serve as reminders of the brutality of bygone days. On the council chamber’s panelled walls, look for the picture of the Earl of Sandwich, famous for inventing the sandwich during a protracted bout of gambling. 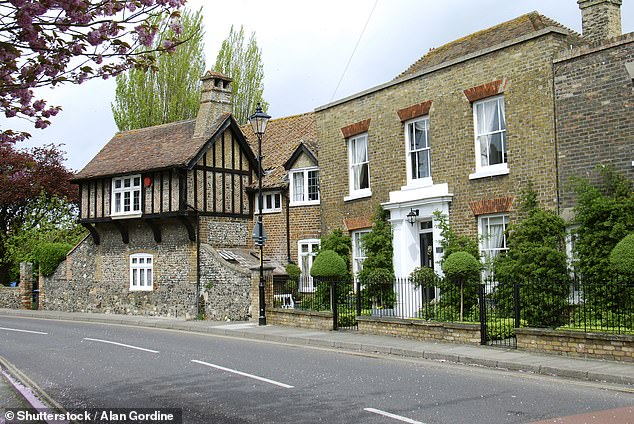 ‘You get a sense of its seafaring past from the listed buildings’, writes Kate Wickers

B&B doubles at the Bell Hotel from £90 (bellhotelsandwich.co.uk). See visitsandwich.co.uk for more information.

The story goes that, unwilling to leave the card table, he asked for beef to be put between slices of bread.

The Butts (Sandwich’s largest park) is where Henry V’s archers honed their skills before victory at Agincourt. Bordering the park is Ropewalk, a straight lane next to the Delf Stream, where fibres were laid before being twisted into rope.

There are ten medieval pubs, but you may not get around them all before the Curfew Bell (also known as the Pig Bell) is rung at 8pm from St Peter’s — once the signal that people should put out their fires for the night and all livestock be released to the streets. Pigs were handy refuse collectors.

From the tower, you can see the Flemish gables on houses built by Dutch and Belgian immigrants.

There is also a wonderful view to the timbered Tudor facade of the Guildhall as well as of an oast house, which was once used for drying hops.

During summer months, seal-spotting boats bound for Pegwell Bay leave daily from the Sandwich quay on the River Stour.

Boasting two nature reserves, the coast here is home to a colony of grey seals that lie basking on banks strewn with sea purslane and golden samphire.

‘They’ve got it good here. The only worry they might have is the occasional low-flying golf ball,’ jokes the captain. 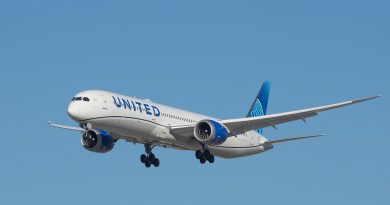