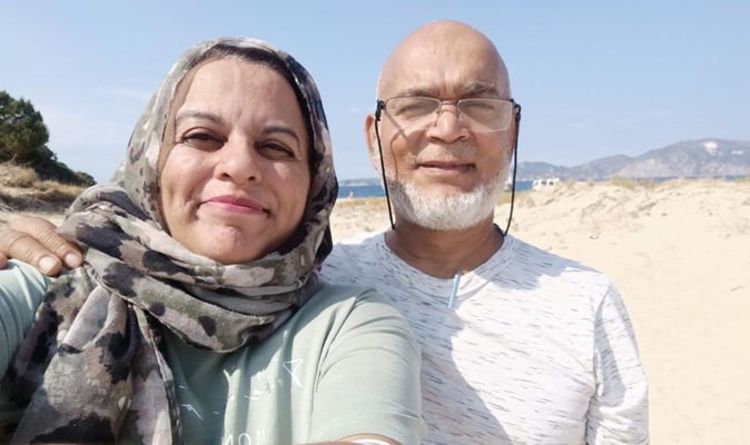 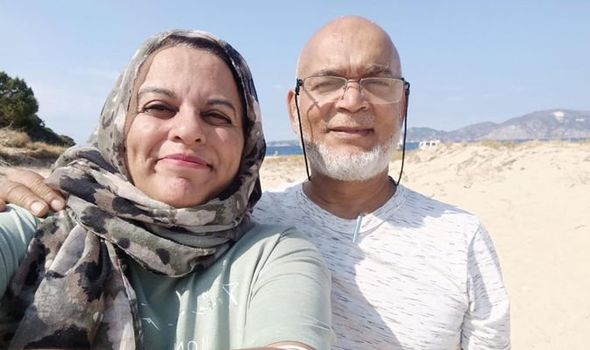 Humaira and Farooq Shaikh’s son now says he is £1,100 out of pocket after booking flights, a hotel and activities for his parents’ walking holiday in Seville, Spain, only for them to take a trip to sandy Zakynthos, Greece. Ryanair, though, has blamed the couple for what happened, stressing it is all customers’ responsibility to ensure they board the correct flight.

Mr and Mrs Shaikh say they had their boarding passes checked at the gate at Stansted Airport on October 4 and embarked the plane.

They claim they didn’t realise it was going to Greece and only found out where they were when a taxi driver in Zakynthos told them “this isn’t Spain”.

Their son, Suleman Shaikh, paid for the couple’s trip to Spain shortly after qualifying as a doctor.

Speaking to the Daily Mirror, he said: “I am completely outraged and shocked that this has been allowed to happen.

“Not only is this a complete lack of safety, security and responsibility, but it has triggered severe strain and anxiety on my parents.

“My mum already suffers from post-traumatic stress disorder and anxiety, and receiving her calls to me crying on the phone from Greece, whilst at work, was extremely distressing to hear.”

Ryanair has not apologised or offered compensation, but instead blamed the couple for the incident.

It’s alleged the cabin crew had not announced the destination of the plane due to its late departure from the UK.

And Humaira said Ryanair staff would only pay for one night in a hotel and a return trip to the UK – despite the next flight back to London not being for another four days.

The other option was to take two flights back to the UK, with a layover, which would have doubled the length of their trip.

The couple, of London, were left to foot the bill for the rest of their stay in Greece, but faced an uphill struggle due to the shock of the situation and not having great internet skills.

Fortunately Suleman was able to arrange and pay for a hotel until the couple were able to fly back to the UK.

An email from Ryanair to his parents said: “All of the Ryanair bag drop desks in the departure area are clearly identified.

“The screens above them display the flight number and destination.

“Each customer’s boarding card clearly states their flight number and destination. Customers are also advised to check the airport information screens for the boarding gate number.

“It is the responsibility of every passenger to ensure that they follow the correct procedures and take note of the information available to them.”

A Ryanair spokesperson said: “It is each customer’s responsibility to ensure they board the correct aircraft.

“As these passengers passed through security control pre-boarding there was no security risk. We are working with our handling agents in London Stansted to ensure that this error doesn’t reoccur.”

Ghostly airports but easy security checks: Air travel in the time of the virus