Ryanair has been named the airline with the worst cleanliness by passengers in a new survey.

The budget carrier topped the list of airlines with a 'poor' cleanliness rating in research conducted by Which? Travel.

Nearly 8,000 Which? members were asked to rate a number of airlines, with Ryanair scoring the lowest score for 'good' cleanliness with 42 per cent.

Meanwhile in the ratings for 'poor' cleanliness, it came out top with 24 per cent.

Wizz Air and Vueling also failed to impress passengers, coming second in joint place on the list of 'poor' cleanliness with 10 per cent.

On the flip side, Air New Zealand was praised as passengers for having the best cleanliness, topping the 'good' list with a rating of 97 per cent.

It was followed by Singapore Airlines and Emirates – and none of these three airlines were given a 'poor' rating by the survey participants.

Of course it's no secret that plane cabins aren't exactly the cleanest of places.

For example, last year a study found that the headrest was the dirtiest surface on a plane – but the research samples also revealed traces of E. coli bacteria on both the headrests and seat pockets which indicated 'fecal contamination'. The good news is that there are some ways you can try to lower the risk of catching an infection.

For example, you could pack a hand sanitizer in your hand luggage, or wash your hands before eating or touching your face.

According to one flight attendant, it's also worth aiming for early flights as these have plenty of perks, one of which means a cleaner aircraft as planes are generally cleaned at the start of the day.

Planes are usually cleaned in between flights, but being one of the first passengers means you minimise the chance of ending up on the last flight where something may have been missed, not to mention you won't be sitting in a seat which has hosted other passengers in the space of a few hours.

Mirror Online has reached out to Ryanair for comment. 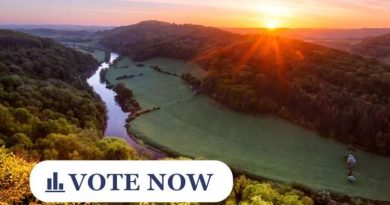 VOTE NOW! One day left to choose your Favourite Place in UK in our nationwide competition