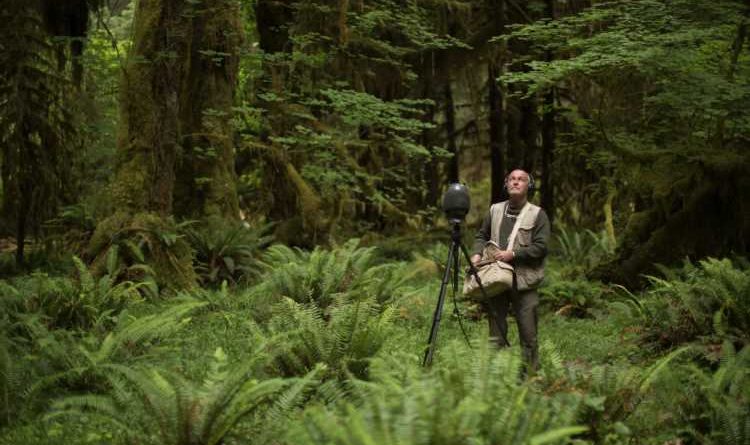 After the Great Quiet descended during the COVID-19 lockdown, we saw what the power of silence could do—to our overstimulated brains and to the natural world. It was so quiet from March to May 2020, that scientists determined this “seismic silence” to be the longest period of quiet in recorded history.

While we might have become more creative, whales migrated closer to shore due to the lack of ship noise interfering with their sound location, wildlife was free to roam—a puma sauntered through Chile’s deserted capital city, coyotes were spotted near San Francisco’s Golden Gate Bridge—and in New York City, residents heard more birds than traffic.

But as the world reopens and airplane engine roars increase, can we keep the last quiet places…well, quiet?

On a Quest for Quiet

Gordon Hempton, the Sound Tracker, hopes so. An acoustic ecologist who’s spent the last four decades seeking out natural vanishing soundscapes around the world, he’s on a mission to save silence. Hempton spoke to Newsweek about his life’s work to preserve the world’s last quiet places.

As co-founder of Quiet Parks International (QPI), a nonprofit that seeks daily access to quiet worldwide, he helped establish the first “Quiet Park” in the world in 2019 in the Ecuadorian Amazon Rainforest and seeks to establish 265 more around the globe, including some in urban, densely populated places like the first Urban Quiet Park in Taiwan.

Hempton’s sound tracking started with his “One Square Inch of Silence” project in Olympic National Park, which highlighted what he considered in 2005 the quietest place in the U.S. He calls this sonically pristine stretch of wilderness his recording story and his home.

Hempton didn’t set out to study soundscapes, but two sounds changed his life. The first was a thunderstorm in Madison, Wisconsin; hearing the rolling thunder was so transformative that he switched from studying plant pathology to acoustic ecology.

“By holding a microphone in my hand, I heard the world as it really was and that was magic,” Hempton says, “It was like swimming in a lake or the ocean and suddenly you put on a face mask, and it’s like, ‘Oh my God. It’s really an amazing, incredible world.'”

Then, a second sound changed his life. While he was waiting for a freight train to roll in, he heard the song of a Western meadowlark outside the railroad yard in Wenatchee, Washington.

“That’s when I began recording deeper and deeper into nature and wildernesses, and the further I got away from noise pollution, the more clearly I heard. I started to understand that nature is [as] busy communicating as we are.”

What Do Birds Chirping Tell Us?

“Birds and bird song is the primary indicator of habitats prosperous to humans,” says Hempton. “If the birds are singing, there’s food, water and a fairly favorable season to raise the young in the nest and all of that magic.”

But we don’t have to be a scientist to understand our relationship to the land, he adds. “When we find places on planet Earth that are relatively free of noise pollution, we also find the healthiest places. The ecosystems are intact, the biodiversity is there. Carbon is being taken out of the atmosphere by plants. Oxygen is being produced for the animals and us.”

The value of quiet on human health and happiness? Science shows it improves cognitive skills and creativity, reduces stress levels and increases your chance of living longer. Quiet makes us instantly happy in an increasingly noisy world.

The Value of Quiet

“If silence is golden, then quiet is gold,” Hempton says of the economic value of quiet, “As the rest of the world gets noisier, silent seekers entering the ecotourism market to experience the antidote to toxic noise are going to be worth millions of dollars.”

And this valuable resource—quiet—can help distribute wealth to environmentally vulnerable areas so they can preserve all their natural resources.

“I’m hit with the question of ‘Really, you want me to care about quiet when we have global warming, toxic waste, habitat loss and species going extinct?'” says Hempton.

“Yes, exactly, because quiet not only allows us to be better ourselves—clearer thinkers, more intelligent, more creative, more socially willing to help each other.”

“When we save quiet, we save everything else,” Hempton says.

The world’s first certified “Quiet Park” in the world, is home to the Cofan, an Indigenous people in Ecuador, numbering about 1200 people today, down from estimates of 30,000. As they fight to preserve their land, they are now able to export quiet—a sustainable natural resource.

“The Cofan want to develop their ecotourism, so they can generate the money to defend their land from illegal gold mining,” explains Hempton, adding, “They feel the pressure of the modern world for their resources, they don’t want to give up their traditional way of life. So every dollar counts for their legal defense and ecotourism.”

Gallery: I explored a ‘haunted’ village in Scotland that’s filled with ancient ruins, and it’s the perfect place for introverts (INSIDER)

“Quiet, is a resource, and it is a resource that the noisiest western industrialized countries around the world need, because it’s healthy, it’s transformative.”

If you want to experience the world’s first quiet park, Hempton along with Cofan guides lead small-group Explorer X trips along the Zabalo River in the Amazon Basin.

Check out Hempton’s picks for where to listen to some of the rarest and disappearing soundscapes in the world.

Rising nearly two miles into the sky, the massive crater of Haleakala is deemed “the quietest place on Earth.” You will be treated to the lowest ambient decibel level yet measured in an outdoor environment—expect to hear the pumping of your heart and the whine of your nervous system when standing still,” observes Hempton.

The first urban quiet park designated by QPI and the Taiwanese government in 2020 can be found outside densely populated Taipei, with a total population of about seven million people. Listen to a symphony of frogs unique to Taiwan, along 43 square miles of mountain trails and bubbling hot springs that lead to isoetes, a rare aquatic fern.

This private nature reserve extending close to 495,000 acres is full of distinct ancient desert soundscapes and a “profound natural quiet with low ambient decibel levels,” explains Hempton. Low-impact tourism helps conserve the unique biodiversity of this area of the southwestern Namib Desert, which is also a designated Dark Sky Reserve.

A UNESCO World Heritage site on the border of Poland and Belarus, this is the largest ancient deciduous forest remaining in Europe and home to the continent’s largest bison population. As for the soundscapes, Hempton says, one can hope for “cathedral-like acoustics with wonderful songbirds in spring.”

Awarded the very first Quiet Park designation by QPI in 2019, the Zabalo is one of the most biodiverse areas in the world and one of the least noise polluted. Visitors are guided by the Cofán, one of the oldest surviving Indigenous people in the Ecuadorian Amazon rainforest, helping them to generate income to preserve their sacred place of silence.

Home to Hempton’s pioneering “One Square Inch of Silence” project in 2005, he describes this temperate North American rainforest in Olympic National Park as “drapes of sound-absorbing moss covering large areas in the world’s tallest forest with unique acoustics including the flute-like bugling of Roosevelt Elk.” Unfortunately, U.S. Navy military air practice over the site is currently preventing it from being awarded Quiet Park status, adds Hempton.

At the beginning of the trail at the first and largest nature preserve in Stockholm, city traffic will sound like a small mountain stream in the distance. But as you walk deeper into the pine forest or to the lake in Judarskogen, you may hear nothing more than your own footsteps.

“Surprisingly for north temperate locations, they have astonishing biodiversity and are seldom intruded upon by air traffic,” making this collaboratively managed prairie destination “a must-listen destination,” says Hempton. “It’s possible to hear bison grunts at dawn over miles distant with a remarkable spring dawn chorus of songbirds.”

One of the best “earth-listening destinations” in North America, according to Hempton. At Grasslands National Park you can hear the wind blowing through a vast, wide-open prairie.

This 20-plus mile loop trail system north of Phoenix—built and maintained by a volunteer group, Desert Mountain Desperados—links civilization to the vast wilderness in the Sonoran Desert along the Tonto National Forest and introduces hikers to solitude and silence in the wide-open spaces. 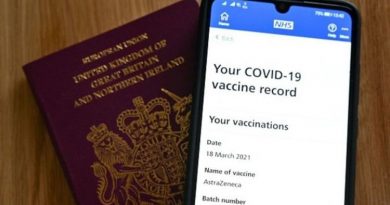 Can you travel without having the Covid vaccine?

Google Maps: Street View spots bizarre object in Texas – what is it?