Tracey Cox offered her top tips for couples who want to get it on in the sky – including a handy phone hack.

Writing for Femail, advised that couples choose a red-eye overnight flight for the best opportunities.

She wrote: "The cabin lights are dimmed, there are pillows and blankets and most passengers are asleep.

"If you’re in business or first with a flat bed, joining the club is a cinch.

"It’s simply a matter of spooning, penetrating and timing the thrusts for when the crew aren’t walking through."

If you're in economy class, Tracey said there is still an opportunity to get away with some "serious heavy petting" in your seats "if your clothing allows".

She recommends hiding under the blankets and a handy phone hack of pretending to be watching a film on your phones rather than kissing while doing it.

Tracey said your hands can then "get up to all sorts".

If you want to go down the traditional route and do it in the loo, then Tracey doesn't recommend doing itwhen the seat belt sign is on.

Instead, she advises to be discreet and quiet and then "most flight crew will turn a blind eye".

She claims people are only usually told off when they are "drunk, loud and obvious".

Describing what to do, she says: "One person goes to the loo, the other surveys the scene and if no-one is looking, does a secret knock (worked out beforehand) and discreetly disappears inside.

"Once inside, don’t waste time. The longer you’re in there, the most likely you are to be rumbled.

"Push clothing aside rather than remove it. Standing up is your best option for intercourse (face the door so you won’t be surprised), sit on the (closed) toilet if you want to give him oral."

She advises that there should be no "loud moans and groans" and says you should keep an ear out for anyone knocking the door.

Those who do get caught, she recommends "brazening" it out with hands held up and a cheeky grin.

The comments come after a flight attendant revealed last month that joining the Mile High Club "isn't illegal" – but called it "gross and rude". 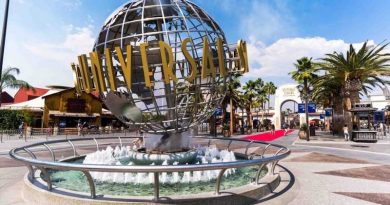