Aviation continues to baffle me – this year, why any sane person would ever want to invest in, or run, an airline, given the artillery of misfortune ranged against carriers who simply want to get people from A to B and make a bit of money along the way.

From the Beast from the East to the drone that stole Christmas, aviation has had to contend with a ridiculous spectrum of challenges in 2018 – and has also managed to annoy a lot of people with poor behaviour. But the UK continues to benefit from the most flourishing and best-value air travel opportunities in the world. Let’s see if it continues after Brexit. Meanwhile, here are some highs and lows.

Best response to an aviation crisis

The train operators London North Eastern Railway (LNER) and Thameslink, which offered complimentary transport to passengers caught up in the drone nonsense at Gatwick.

Get the best of The Independent

Get the best of The Independent

LNER tweeted: “Has your flight between London #GatwickAirport and Edinburgh been cancelled today? If so, you can use your flight tickets to travel on our trains today for FREE.”

Thameslink followed up by saying: “If you are travelling to Edinburgh and you have an airline ticket you can travel on our services to London King’s Cross/London St Pancras, Stevenage or Peterborough to connect with @LNER services, for free.”

Passengers who availed themselves of the deal ended up in profit, since easyJet or British Airways will refund the fares for the lost journey.

Avianca, from the Galapagos via Guayaquil to Bogota and Heathrow. When it was clear that the inbound flight to the Galapagos was going to be three hours late, staff in one of the most remote “out-stations” handled the rearrangments brilliantly – organising a hotel, transfers, meals and new flights without fuss. Or fee.

Stansted-Belfast International, Ryanair, £9.99 (3.2p per mile). This is less than the amount Ryanair was obliged to pay in Air Passenger Duty, let alone all the other costs involved in running an airline and flying someone 320 miles.

Manchester-Edinburgh, Flybe, £102 (55p per mile). No complaints, it was a “distress purchase” two hours before departure and I am glad it was available.

Stansted-Luxembourg, Ryanair, £9.99 (3.3p per mile). What are they smoking at Ryanair HQ in Dublin?

Palma-Gatwick, £242 (26p per mile). Notable for easyJet selling me a ticket one moment and then telling me the next that I could not check in because the flight was potentially oversold.

Seven, on Thomas Cook from Gatwick to Palma and Flybe from Manchester to Southend, but Thomas Cook wins because it was a plane with a capacity of nearly 300. That flight, by the way, cost £28, and was almost a candidate for cheapest at 3.6p per mile.

British Airways from Venice to Gatwick, booked the night before travel for €46.

Perth-Heathrow, 9,009 miles. Qantas demonstrated with its new nonstop from the Western Australian capital to London that ultra-long-haul flight is tolerable in economy if the product – from entertainment to meals – is well thought-out and executed. The London-Sydney run has no fears for me, just a quiet yearning to see the places seven miles below.

UTAir from Volgograd to Sochi. I took this Russian domestic link shortly before Christmas, and was surprised by three things.

First, it was a candidate for best-value non-UK flight, at just £46 for a two-hour-plus hop. Next, it boarded, taxied and took off in the sort of snowstorm that would halt British airports for a week. Finally, there was exactly no service at all on board – nothing given away or sold, just a strange, Russian sense of calm.

May all your departures in 2019 be calm, punctual, comfortable and safe. 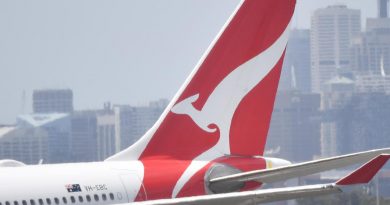 When we’ll know if we can fly overseas

Martin Lewis: Money Saving Expert reveals how to get your cash refund from Ryanair 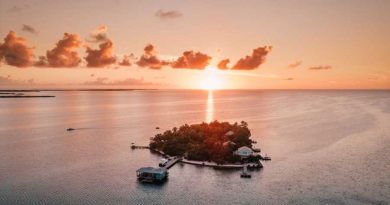