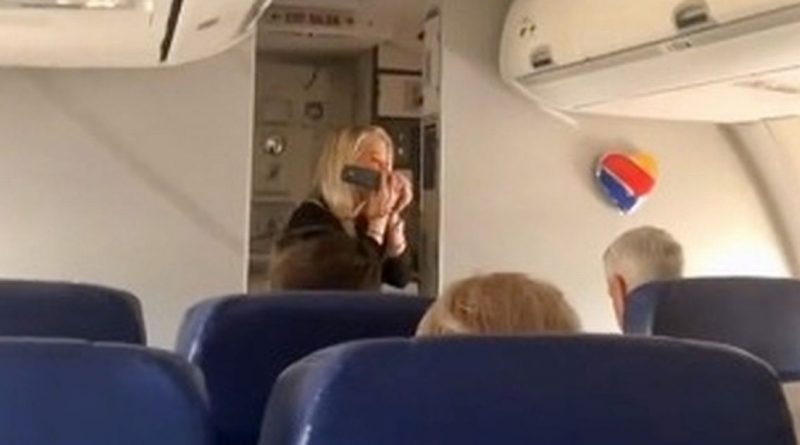 Passengers on a 6am flight with Southwest Airlines received were annoyed by a flight attendant who thought the crack of dawn would be a great time for onboard entertainment.

In a video, which has received over 302,000 likes on TikTok, the blonde staff member was heard belting out Whitney Houston's I Will Always Love You on the tannoy – but it didn't get the reception she's hoped for.

The video has since been circulating on social media with the caption: "POV: Your flight attendant decides to do this on your 6am flight."


The passengers onboard were quiet, seemingly unimpressed by her vocals – and so were the people in the comment section.

One user wrote: "This a violation no matter what time it is."

Another added: "Not the right place. At all."

It would also appear that it isn't the first time she has done this as a fourth claimed: "OMG i had her on a delayed flight to Atlanta in 2020. Hard pass."

However, others seemed to be delighted by her voice as one user defended her saying: "Okay, she can sing though."

Another added: "I mean, she has a nice voice."

Southwest Airlines have been contacted for a comment on the video.

The news comes after another steward took to the tannoy to make his feelings known about the travel disruptions at Heathrow Airport.

For the latest breaking news and stories from across the globe from the Daily Star, sign up for our newsletter by clicking here.

The pilot, who had just landed in Heathrow, walked out of the cockpit into the cabin and grabbed the intercom phone to lay into the London airport.

He explained to those onboard why Heathrow is so chaotic and why flights were so delayed and how he was annoyed about wasting fuel.

But the bloke didn't lack a sense of humour as he also joked about how big the yacht he is looking forward to spending time on in his retirement in six months after dealing with trying to land a plane in an overly occupied airport.