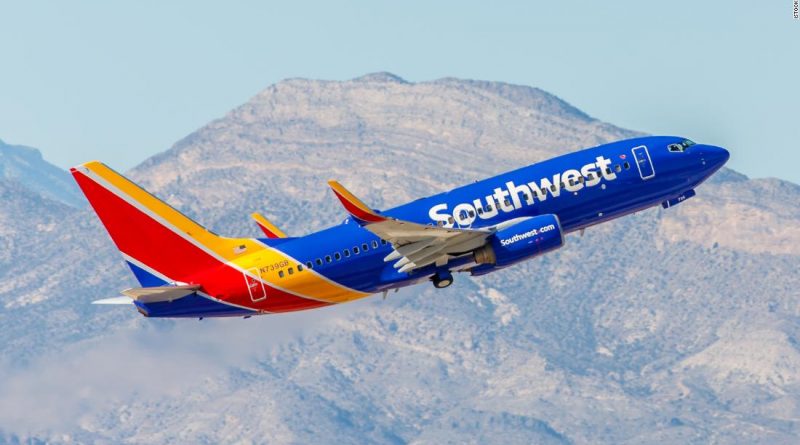 CNN Underscored reviews financial products such as credit cards and bank accounts based on their overall value. We may receive a commission through the LendingTree affiliate network if you apply and are approved for a card, but our reporting is always independent and objective.

The coveted Southwest Companion Pass is an elite travel benefit that’s almost too good to be true. This pass allows another passenger to fly with you for free (plus taxes) an unlimited number of times for the rest of the year it’s earned, plus the entire following year.

So if you earn the pass now, you’ll have it until December 31, 2022, meaning someone can fly with you for almost free for almost a year and a half. And thanks to the current Southwest credit card offers, there’s actually an easy way to earn this pass right now without even stepping on a Southwest plane.

How does this work? And with travel starting to pick up again, is this something you should take advantage of? Let’s dig into the details and find out if getting a Southwest Companion Pass makes sense for you.

What is the Southwest Companion Pass?

The Southwest Companion Pass is truly a no-strings-attached perk, as it comes with very few restrictions. The pass allows you to bring a companion with you on any Southwest flight for free, plus the cost of any taxes and fees, which are generally as low as $5.60 one way for a domestic flight.

The one main rule of the Companion Pass is there must be at least one seat available for sale in any fare class on a flight for which you’ve purchased your own ticket, either with cash or Southwest points.

You’re allowed to change your companion up to three times per year (not including the initial companion), meaning in theory you could have as many as seven people as your companion over two calendar years.

Even better, earlier this year, Southwest announced that it boosted all Southwest frequent flyer accounts with 25,000 Companion Pass-qualifying points, meaning you only need to earn 100,000 qualifying points in 2021 to earn the pass.

The only caveat to this bonus is that only Southwest frequent flyer accounts (meaning your Rapid Rewards account with Southwest, not one of its credit cards) that were open on December 31, 2020, earn the extra qualifying points. So if you’ve never had a Southwest frequent flyer account and you open one now, you’ll still need to earn the full 125,000 points for the Companion Pass.

There are currently a total of five Southwest credit cards — three personal and two business — with sign-up offers that help you earn a Companion Pass. Here’s an overview of them:

© Provided by CNN
Southwest has three personal cards and two business cards, all of which have sign-up bonus offers.

The first three cards on the list are the personal Southwest credit cards — the Southwest Plus card, the Southwest Premier card and the Southwest Priority card. All three of these cards are currently offering the opportunity to earn 40,000 points. Although this is a lower offer than we’ve seen in the past, the minimum spending requirement is much more manageable, and the points earned will still get you 40% toward earning the pass.

Of course, getting one of these personal cards won’t earn you the pass all on its own, but you could get those remaining Companion Pass points by using your newly acquired Southwest credit card on everyday purchases, combined with flying Southwest and partner activity. Partner activities include shopping online through the Southwest shopping portal, purchasing flowers and car rentals.

And don’t forget, for the first year you’ll earn 3 points per dollar spent on all dining purchases, which also means triple the amount of Companion Pass points.

With many people still shopping from home right now, you can actually rack up a decent amount of bonus points from the Southwest Rapid Rewards shopping portal. Going through the shopping site first just takes an extra minute, and ultimately takes you to the same merchant website you’d go to directly, but you’re earning extra points along the way.

But there is in fact another card on the list that puts you even closer to earning the pass — if you have a business that qualifies for a business credit card. With the Southwest Rapid Rewards Performance Business Credit Card, you can earn up to 80,000 bonus points.

Once you add in the 5,000 points earned from spending $5,000 on the card to earn the welcome bonus, you’ll be at 85,000 points — only 15,000 points away from securing the pass if you got the 25,000-point boost from having a Southwest Rapid Rewards account at the end of last year. With just a little bit of effort, you should have no problem earning those remaining points.

Finally, there’s also the Southwest Rapid Rewards Premier Business Credit Card, which only earns 60,000 bonus points as opposed to the 80,000 bonus points on the Southwest Performance Business card. But you only have to spend $3,000 on purchases within the first three months of opening the account to earn the bonus instead of $5,000 on the other card.

© Southwest Airlines
You’ll automatically get 25,000 Companion Pass-qualifying points in 2021 if you had a Southwest frequent flyer account at the end of 2020.

Just keep in mind that the credit cards must be for the same applicant — you can’t combine points amongst members. Also, Chase has become somewhat more restrictive about issuing business credit cards during the pandemic, though you may have more luck now in 2021.

That’s enough to earn the Companion Pass without having to earn any extra points, regardless of whether you received the 25,000-point boost earlier this year. But if you had a Southwest account open by the end of last year, you can earn the pass with even less spending by combining the cheaper Southwest Premier Business card with one of the personal card offers.

Just remember that since these are all Chase credit cards, all applicants are subject to Chase’s “5/24” rule. Under this rule, if you’ve been approved for five or more credit cards across all banks in the past 24 months, Chase will automatically deny your application.

Which Southwest credit card should you get?

With three different personal Southwest credit cards, you might be wondering which card is best for you. All three Southwest credit cards earn the same number of points on your everyday purchases. You’ll earn 2 points for every dollar you spend on Southwest as well as on Rapid Rewards hotel and car rental partner purchases, and 1 point per dollar on all other purchases. And new card holders who sign up with this current offer will also earn 3 points for every dollar spent on dining purchases during the first year.

Compared to other credit cards that earn rewards, that’s not the most lucrative earning rate. For instance, CNN Underscored’s benchmark credit card, the Citi® Double Cash Card, earns 2% cash back on all purchases — 1% when you make a purchase, and another 1% when you pay it off.

But even though the earning rates on the cards aren’t market leading, there are significant differences among them that make it worth considering your options. These include the annual fee, the anniversary bonus points, travel credits earned and the option to buy up to a better boarding position.

The Southwest Plus card comes with 3,000 bonus points on every card anniversary (meaning every 365 days from when you were first approved for the card). These are worth roughly $45 based on redeeming Southwest points for approximately 1.5 cents per point when booking Southwest’s lowest “Wanna Get Away” fare. The airline has what’s known as a fixed-redemption frequent flyer program, where the amount of points redeemed is directly tied to the cash price of the fare.

The Southwest Priority personal card and the Southwest Performance Business card are where the big differences lie.

With the Southwest Priority card, you’ll pay a significantly higher annual fee at $149 per year, but the benefits are enormously better. Not only do you earn 7,500 bonus points (worth $113) at each card anniversary, you’ll also receive a $75 Southwest travel credit every year and four upgraded boarding certificates annually. The $75 travel credit can be used toward any Southwest flight purchase — just pay for your flight or taxes on your Southwest card and you’ll receive a statement credit up to $75.

The Southwest Performance Business has the highest annual fee at $199 per year, but with this card, you’ll earn 9,000 bonus points (worth $145) at each card anniversary year, four upgraded boarding certificates annually, a Global Entry or TSA PreCheck fee credit and in-flight Wi-Fi credits.

You’ll notice that the two most expensive cards both come with upgraded boarding certificates, which are unique to Southwest since the airline boards its airplanes very differently than most other airlines. There’s no assigned seating — instead, you receive a boarding position based on your flight check-in time. Passengers are assigned into groups A, B and C, and can be anywhere between 1 and 60 within each group.

Upgraded boarding certificates allow you to purchase an A1 through A15 position at the gate (if available), giving you the option to be one of the first passengers to board and choose almost any seat you’d like, ensuring you’re not stuck in the back of the plane in a middle seat. Upgraded boardings typically cost $30 to $50 each, so if this is something you’d purchase anyway, you can put a $120 to $200 value on this benefit. You can even use these certificates for other passengers flying with you.

Is a Southwest credit card right for you?

I’ve personally been a Southwest Companion Pass holder for almost 13 years now, and it’s saved my family tens of thousands of dollars on travel. The pass allows my husband, my children, my parents and even friends to fly with me on every Southwest flight I take just for the cost of taxes. (Domestic taxes are $5.60 each way, while international taxes vary depending on the destination.)

The best part about the Companion Pass is that you can use all the Southwest points you earned from the sign-up bonus offers to book flights — you don’t lose them by getting the Companion Pass — and then still add your companion onto your ticket using the pass. This means both passengers are essentially flying for free except for taxes and fees, essentially doubling the value of the sign-up offers.

If you don’t think you’ll be flying in 2021, you might prefer to hold off and instead try to earn the pass for 2022 and 2023. While there’s no guarantee that Southwest’s credit card bonus offers will count toward the pass in the future, applying for one or two cards in the fourth quarter of this year or in early 2022 could allow you to use the pass for a longer period of time.

But if you’re ready to travel this year and you want a Southwest Companion Pass in your hands for the the rest of this year and all of next year, these credit cards will get you well on your way.

Learn more and apply for the Southwest Rapid Rewards Plus card.

Find out which cards CNN Underscored chose as its best credit cards of 2021.

Get all the latest personal finance deals, news and advice at CNN Underscored Money.

The most scenic train rides in America