From February 14, unvaccinated 12-17 year old Britons can enter Spain with a negative PCR test taken within 72 hours. The rule relaxation came as a relief to many British families.

Many British families had been forced to cancel half-term holidays in Spain due to the strict rule banning unvaccinated teenagers.

Before the change in restrictions, British teenagers needed to have two vaccines to enter Spain.

Many teenagers could not meet the requirements as they had not had the chance to get both vaccines in the UK.

However, even as restrictions are lifted today, some say the rules have changed far “too late”.

The strict rule on vaccination cost the tourism industry in the Spanish Canary Islands an estimated 400 million euros.

Due to their proximity to the Equator, the Canary Islands are normally an extremely popular winter destination.

Nicolás Villalobos, managing director of the Be Cordial & Resorts chain in the Canary Islands said the rule relaxation has come “too late”.

He said: “Hindsight is worth nothing but the lifting of this measure is too late.”

José María Mañaricua, president of the Federation of Hospitality and Tourism Entrepreneurs, said: “Most of the holidays are already booked to Portugal, Greece or Turkey, especially as requirements when returning to the UK were lifted.”

The UK scrapped travel testing for returning tourists last week and fully vaccinated Britons will now only need to fill in the passenger locator form after returning to the UK.

Mañaricua said: “It is clear that we have made progress, but we do not understand why a PCR and not an antigen test is required.”

British tourists are not allowed to use NHS tests for travel purposes so will need to pay for the PCR tests if needed.

Jorge Marichal, president of Ashotel in Spain, said that Spain needed to run a campaign to attract British tourists.

He had criticised the ban on unvaccinated British teenagers and said it was “against common sense”.

Although the restrictions were lifted too late for some half-term holidays, it is likely to be good news for British Easter holidays.

Sue Aspey, owner of theWigan Bar in Benalmadena, said the relaxation of rules was “marvellous news”.

The British expat told the BBC: “There’s a lot more British here at the moment and I’m glad to say we’ve been quite busy these last two weeks actually so it’s looking very promising.”

She added: “I have to say well done to Spain for bringing this before the Easter holidays.”

Unvaccinated British adults are still banned from travelling to the Spanish mainland, the Canary and Balearic islands.

British tourists will need to be fully vaccinated and will need a booster if their second jab was more than 270 days ago. 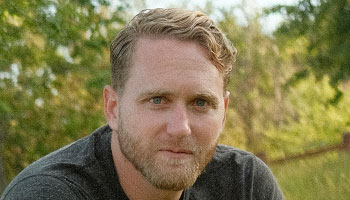