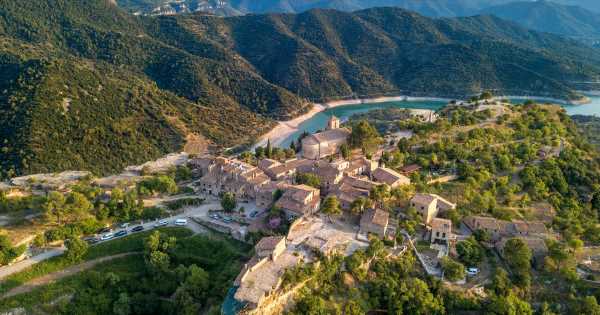 A stunning Spanish village has rejected an award for being the ‘most beautiful’ in the country.

The tiny village, named Siurana, is home to just 30 residents who fear the title would draw tourists looking for a summer holiday destination.

To avoid an influx of holidaymakers, the inhabitants decided to reject the award which was given to Siurana by Spain’s Most Beautiful Villages campaign.

The scheme looks to give awards to some of the country’s lesser known beauty spots.

But, Siurana’s residents are happy with village life as it is and do not want tourists to make their way to the area, reports the Express.

The mayor of Cornudella de Montsant, which is responsible for Siurana, noted that “quality tourism is not possible right now”.

He told the i: “We already have a problem of too many tourists and it is impossible to have more people coming here.”

The mayor added that the small village simply did not have the infrastructure to support a bigger tourism industry.

Due to its beauty, Siurana – which sits a few hours from Barcelona in Catalonia – does have a number of holiday homes within its boundaries where tourists stay during the high season.

It sits at the tip of a high cliff in the Prades Mountains looking over the blue waters of the Siurana Reservoir.

However, while a number of tourists do visit the area each year, Siurana is determined to avoid a flood of extra holidaymakers.

Spain’s Most Beautiful Villages campaign denied that the village would face tourists hordes if it was listed.

Francisco Maestre, president of the association, told Spanish paper El Pais: “Appearing on the list entails a significant increase in tourism but it is seasonally adjusted tourism.

“It is not about harming the village. We have never had such a clear rejection.”

There are 105 villages on the list with only one in four entries accepted into the scheme.

Despite the rarity of the prize, Siurana has chosen to fight back against additional tourism.