Home » Travel » Spirit Airlines is defending its decision to de-board an entire flight after it says a family refused to wear masks, as videos of the incident spark backlash online 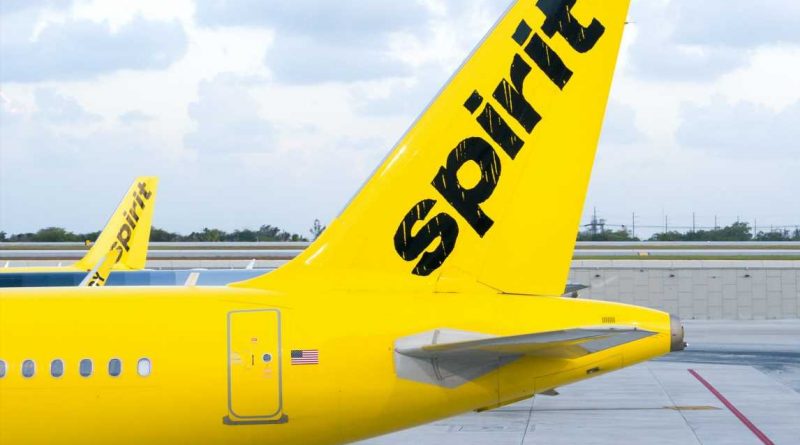 Spirit Airlines is defending its decision to remove a family from a flight over what it said were mask violations.

In a video posted online, a father, a pregnant mother, and their two children are seen being told to exit the plane. In the video, the mother and father are both wearing masks, though the father is seen removing his at some points to speak with the flight attendant. One of their children is sitting on the mother’s lap, not wearing a mask, and eating.

“I told you, noncompliance – you’ll have to get off. I didn’t want to do this,” a flight attendant, who appears to be a different person from the one who originally confronted the family, is heard saying in a video posted by Disclose.TV on Twitter.

Spirit told Insider the airline directed the family to exit because the parents were not complying with mask mandates, which the company said was not captured on video and came before the widely shared video was filmed.

According to multiple videos published by the Orthodox Jewish website The Yeshiva World, the family is seen exiting the plane and meeting with law enforcement at the terminal. All passengers on board the plane are seen exiting as well.

Spirit said it was standard protocol in the airline industry to de-board the entire plane if there was an incident with a passenger. The company also said the couple initially refused to leave, adding that was why Spirit forced all the passengers off the plane. Spirit said if the family had agreed to deplane, the rest of the passengers would have remained on board.

Another video shows a flight attendant walking away from the terminal after the plane was de-boarded, with the video taker saying: “Walk of shame. Cops are escorting him away.”

Federal law requires all passengers above the age of 2 to wear a mask when they’re not eating aboard a flight. President Joe Biden signed an executive order in January that required all air travelers to wear masks on planes, and the Centers for Disease Control and Prevention has also mandated face masks on multiple modes of transportation, including buses and subways.

The Transportation Security Administration followed suit in February when it began requiring travelers to wear masks at checkpoints.

On its website, Spirit Airlines says it enforces a mask policy in line with Biden’s executive order and other federal requirements. It requires all travelers to wear face coverings while on board the aircraft and says they may be removed only when passengers are eating, drinking, or taking medicine.

“Guests who choose not to comply with our face-covering requirement will lose future flight privileges with Spirit,” the website says. “Children under the age of 2 years old are exempt.”

Another video shows the family, as well as the rest of the flight’s passengers, reboarding the plane after the incident. The father is heard saying that he thinks the flight attendant who started the confrontation was removed from the plane, according to videos published by The Yeshiva World. Spirit denied that account and told Insider the crew was merely swapped out but did not clarify if that was standard protocol for scenarios such as this.

Spirit’s fellow budget airline Frontier drew similar attention in early March when it said it canceled a flight because “multiple people” in a group of 21 Orthodox Jewish passengers refused to wear masks. One member of that group pushed back on that account and said staff initiated the debacle when his 15-month-old child was not wearing a mask while eating.

Workers in the airline, food, and retail industries have been tasked in the past year with enforcing mask mandates among customers, some of whom have been unwilling to comply. Mask-wearing has become largely politicized since March 2020, with some Republicans driving a narrative that the COVID-19 pandemic is less severe than it seems.

Priti Patel will announce 14-day quarantine for all UK arrivals, starting in June