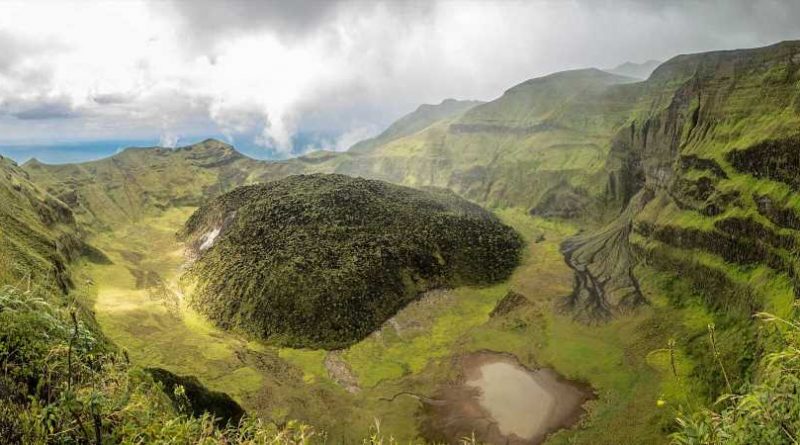 According to The Washington Post, the eruption sent ash two miles into the air only a few hours after residents in the nearby danger zone were told to evacuate. Officials said low visibility caused by the volcanic debris has complicated the evacuation process.

At the time of publishing, no deaths or injuries had been reported.

The eruption began at 8:41 a.m. After the initial burst of volcanic debris, the smoke and ash moved northeast, drifting higher into the atmosphere and reaching at least 38,500 feet — a height that could potentially impact commercial aircrafts.

"The ash column is starting to fall back down around the volcano," Erouscilla Joseph, director of the Seismic Research Centre at the University of the West Indies, told The Washington Post. "It is possible that there will be some property damage. This could go on for days, weeks, or even months."

Initial evacuations of St. Vincent's "red zone" began on Thursday after scientists recorded tremors on La Soufrière, the island's only active volcano. These tremors signaled a high risk of eruption, as magma broke up rocks and shifted near the surface, The Washington Post reported.

About 5,000 to 6,000 people live in the affected areas, Joseph said. As of Friday morning, Prime Minister Ralph Gonsalves said about 4,500 people had been evacuated, with some boarding cruise ships to nearby islands, while others retreated to other areas of St. Vincent.

Gonsalves also admitted that there had been "hiccups" in the evacuation process, adding that he didn't want anyone to panic.

La Soufrière volcano's deadliest recorded eruption happened on May 6, 1902, killing nearly 1,600 people. New technology and advance warning systems have helped prevent another tragedy of that magnitude. During the last eruption in April 1979, no casualties were reported. Other record eruptions occurred in 1718 and 1812.

If You Want to Avoid Delays, This Is the Best Time of the Day to Fly