It’s been a tough few years for most Britons and everyone deserves to relax. New research has named the world’s most relaxing national parks, including a few British beauty spots perfect for staycations.

The team at YESSS Electrical, looked at the most popular national parks across the globe to find which were the most relaxing.

They measured the heart rate of participants as they viewed images from the world’s best national parks.

The UK’s incredible Peak District national park took the number one spot as the world’s most relaxing national park.

One visitor explored the beautiful Monsal trail in the Peak District. They said on Tripadvisor: “Excellent walk, mostly flat and there are hidden gems across the way, such as a manor house.”

Another reviewer said: “A must when visiting the area, a lovely walk with beautiful views.”

One person said: “It is a magnificent region. The walking trails are idyllic. The bike trails are fantastic.

“Some parts are stony or the ground is soft. Tandem biking was especially fun. You can rent bikes here too. The views were simply magnificent!”

While Joshua Tree National Park in the USA took the second spot, five other British national parks made the top 10.

The stunning national park is home to a quarter of the UK’s rarest plants and animals and covers 116 square miles.

Around seven million people visit the national park every year which has 63 broads and seven rivers.

The Broads are an incredible network of rivers and lakes, formed by peat flooding. Some of the broads are navigable.

One visitor wrote on Tripadvisor: “Some lovely countryside to complement the rivers and lakes which in the height of summer were full of boats.”

Wales also had three beautiful national parks ranked within the top 10 most relaxing parks in the world.

The National Park of Snowdonia was ranked as the 10th most relaxing national park in the world.

South Downs National Park was the 9th most relaxing national park in the world, leaving plenty of choice for British staycationers.

As the weather warms up, it could be the perfect time to head to a national park for a camping holiday. 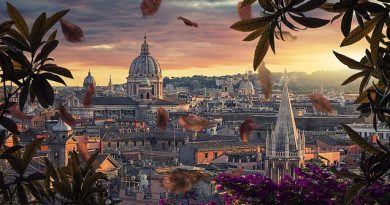 8 stunningly simple Italian getaways you can escape to 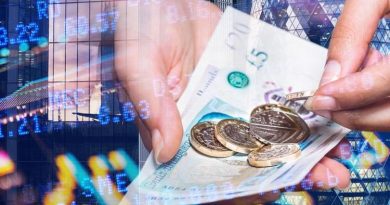 Pound euro exchange rate ‘in poor fashion’ while ‘backing away’ from 1.17 handle