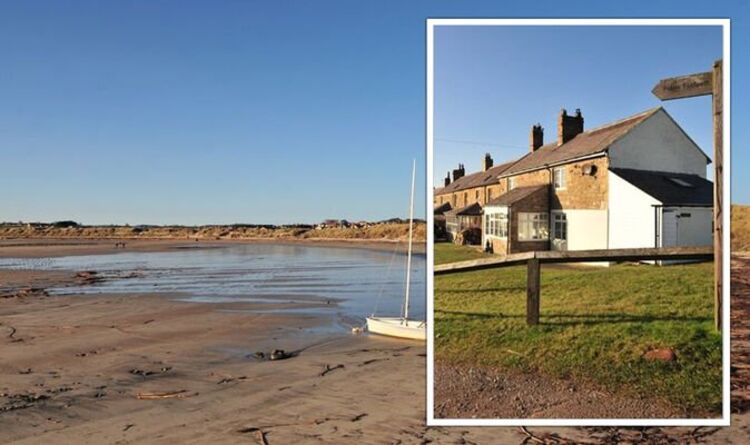 A new report by CPRE, The Countryside Charity, has found that rural communities are being “strangled” by a huge rise in holiday let properties. There has been an increase by almost 1,000 percent in holiday lets since 2015.

The boom in staycation properties happened as the number of families waiting for social housing was at 176,000.

Residents in rural communities across the UK in areas such as Cornwall and Devon have been hit by the staycation trend.

Jen Hall, from Beadnell in Northumberland, told Chronicle Live: “Over the last 20 years in particular, the number of properties that have migrated from second homes or permanent residence homes to commercial holiday lets has skyrocketed.

“They’re bought as very lucrative investments which have forced up house prices.”

Commercial holiday lets qualify for small business rates relief and do not have to pay council tax or parish precept.

An FOI sent to Northumberland County Council showed that over 30 percent of properties in Beadnell were holiday homes in 2021.

Almost a quarter of the 783 properties in the village did not pay council tax, business rates or parish precept.

She has launched a petition with Northumberland County Council with concerns about the lack and affordability of available homes in the area.

Douglas hopes it will result in an estate for Beadnell for social and affordable housing.

She told Chronicle Live: “It’s been more than a decade since the last meaningful development of any social or affordable housing in the Beadnell, Seahouses and Bamburgh area, which is quite shocking to be honest.

“I’ve got a double-edged sword. My business solely relies on tourism, we manage holiday lets, and we turn down on average three new owners a week between February and October asking us to take on their house to clean.

“The local services can no longer accommodate the properties there because we don’t have the staff.

“Yes we rely on tourism, but if we haven’t got a community here to support the tourism, there’s going to be nothing for the visitors to come to.”

However, Michael Dawson, owner of pub the Craster Arms, said: “As someone who works in the hospitality industry, I can’t complain about the influx of tourists as they are my livelihood.

“I’m not going to gripe, as far as I’m concerned they’re very welcome. Obviously, there are challenges and difficulties regarding houses, traffic management and car parking, and there’s a lot of pressure on the area, which is an Area of Outstanding Natural Beauty.

“But it is a wonderful industry that the majority of people depend upon. It’s like a bubble up here.

“We know people buy houses and turn them into holiday lets as they’re so attractive to investors. With the new neighbourhood plan, there are measures in place to control and curtail that.”

A new neighbourhood plan will stipulate that any new builds have to be for permanent residents, however that won’t impact the number of holiday lets already operating.

“Unfortunately planning permission is not required to change an existing house into a holiday-let or a second home. As a County Council we do have powers in relation to newly built houses and if there is the evidence to justify it, we can restrict the occupation of them so they are only used as permanent homes.

“The new county-wide Local Plan enables this type of restriction to be put in place, in areas where there is clear evidence about the amount of second homes and holiday-lets in an area. We can then look to see if this is causing problems to the local community.

“The County Council is doing rolling research on the issue of holiday and second homes and the new Local Plan proposes to require all new dwellings to be occupied only as a ‘principal residence’ in any parish where, according to the latest Census, at least 20 percent of the housing stock is not being used as someone’s main home. The results of the 2021 Census are expected shortly and we will be making a policy statement as soon as we have been able to analyse the new data.

“In Beadnell the picture is already clearer. The Census 2011 identified that, across the County, 6.4 percent of household spaces had no usual residents. In a number of coastal parishes, the proportion exceeded 40 percent, with Beadnell in excess of 50 percent. In Beadnell the Neighbourhood Plan also reinforces this issue with a ‘Primary Residence’ policy, we will use this to restrict the occupancy of new homes.”

TSA screened more than 1.1 million travelers the day after Christmas, despite CDC warnings to stay home

Banning all travel is better at controlling a pandemic than quarantine