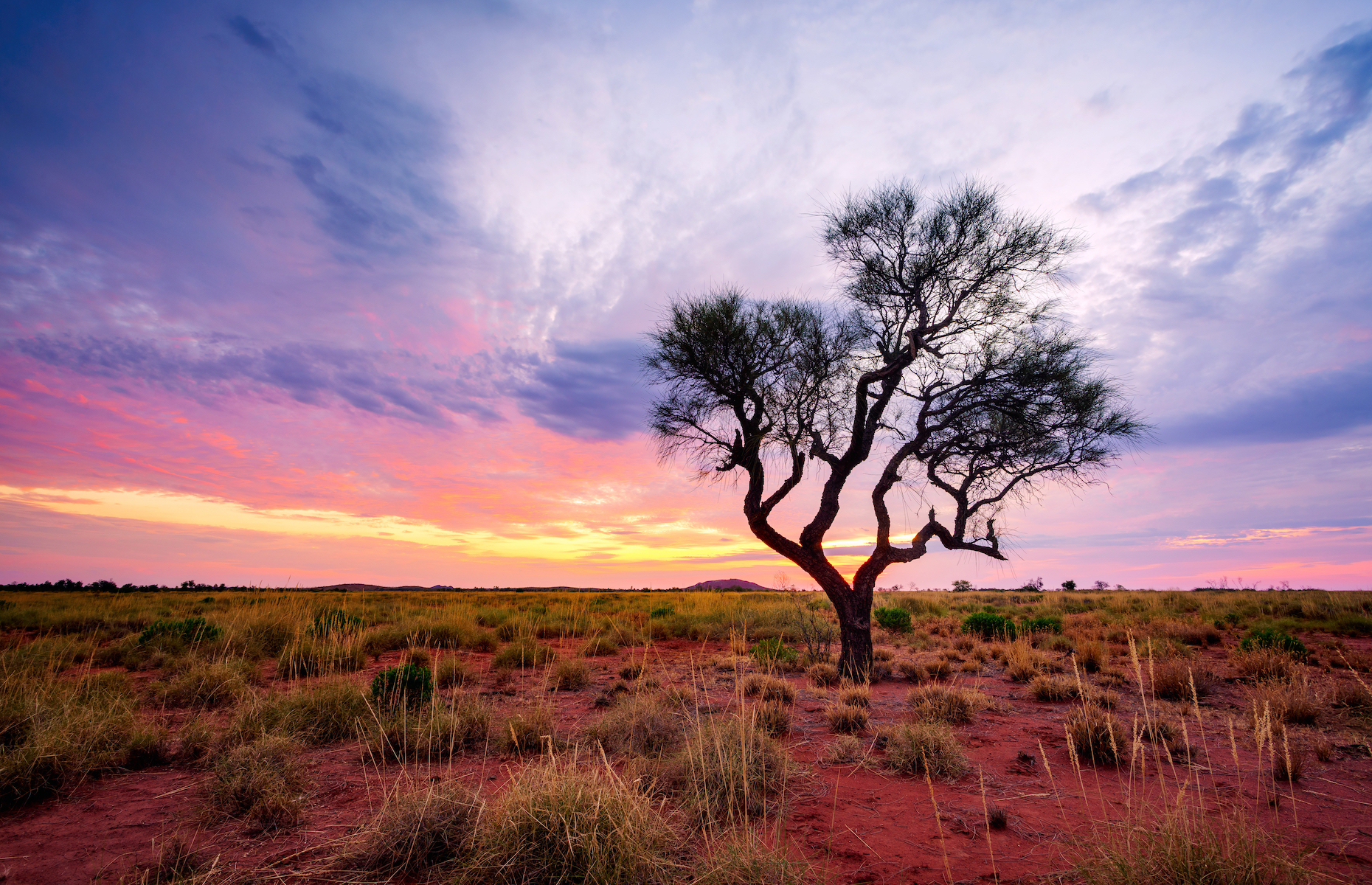 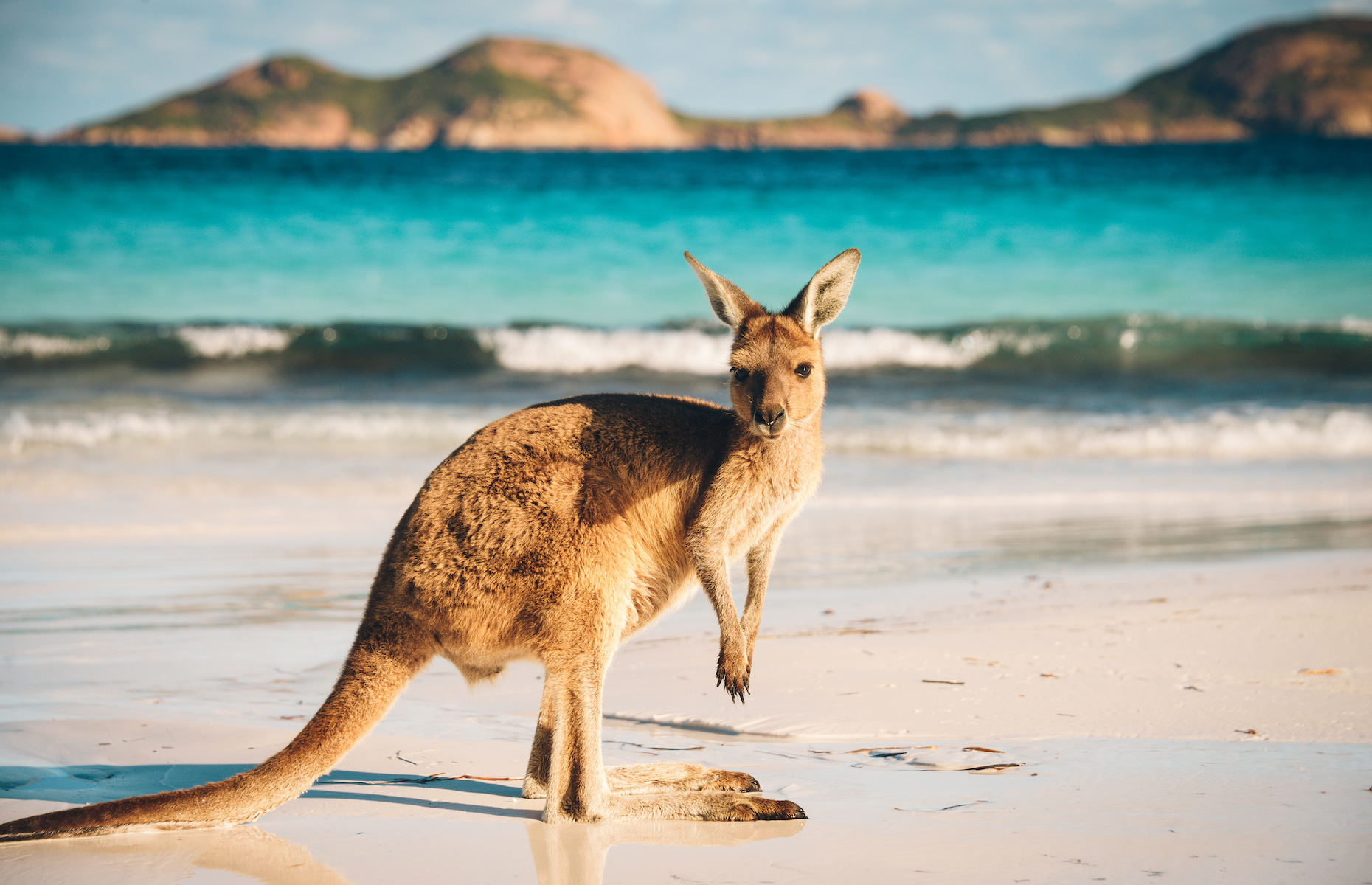 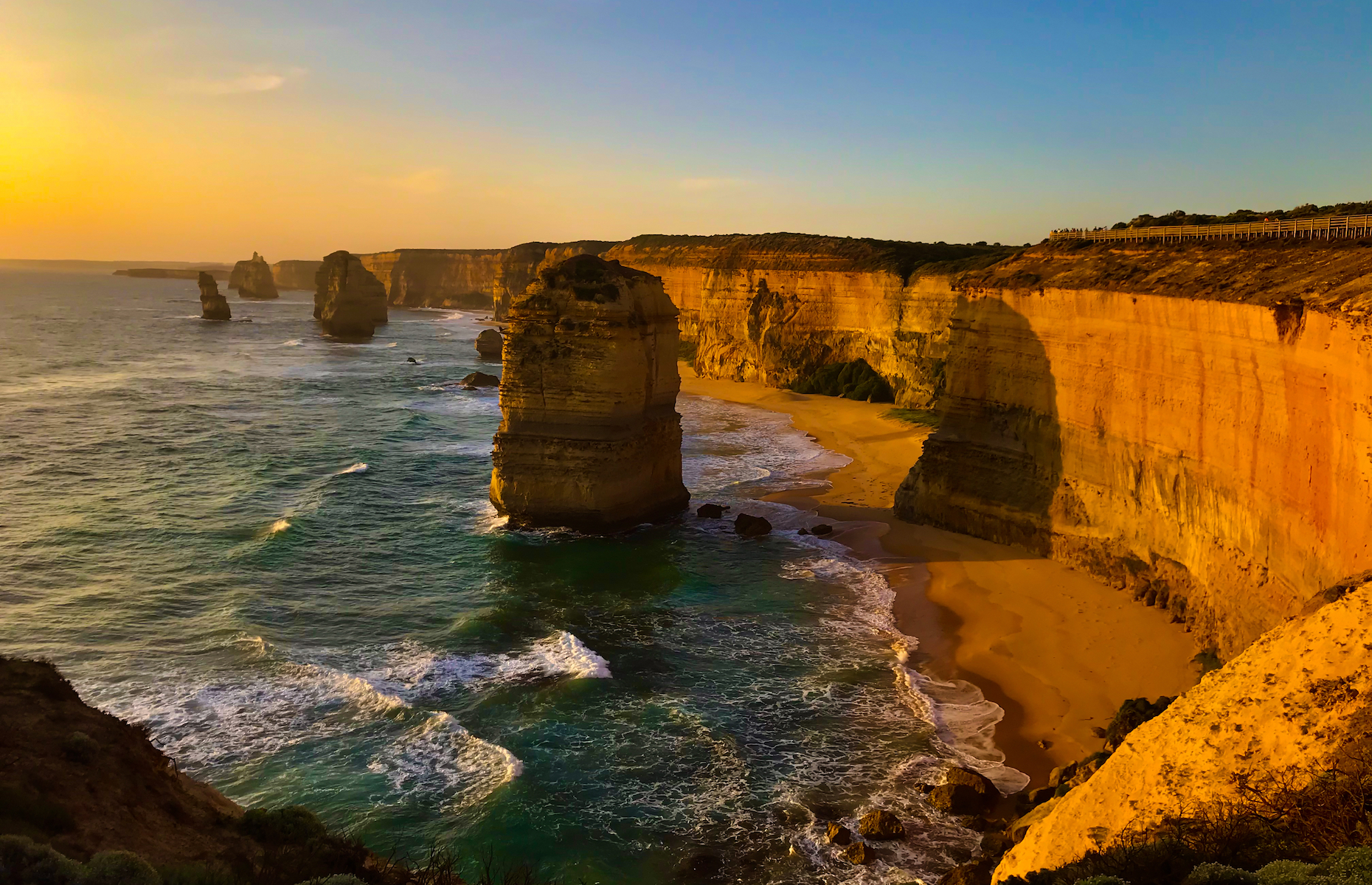 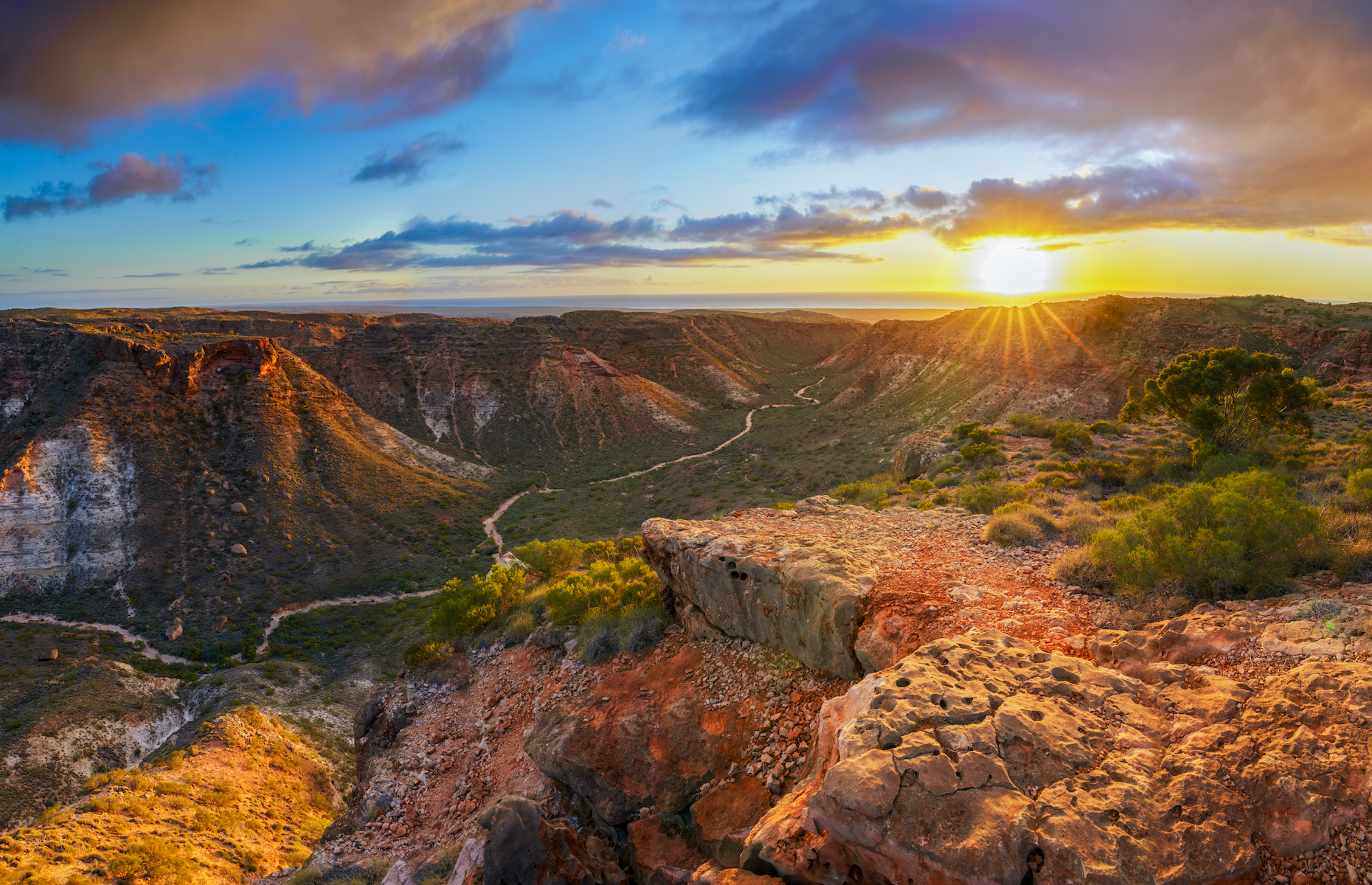 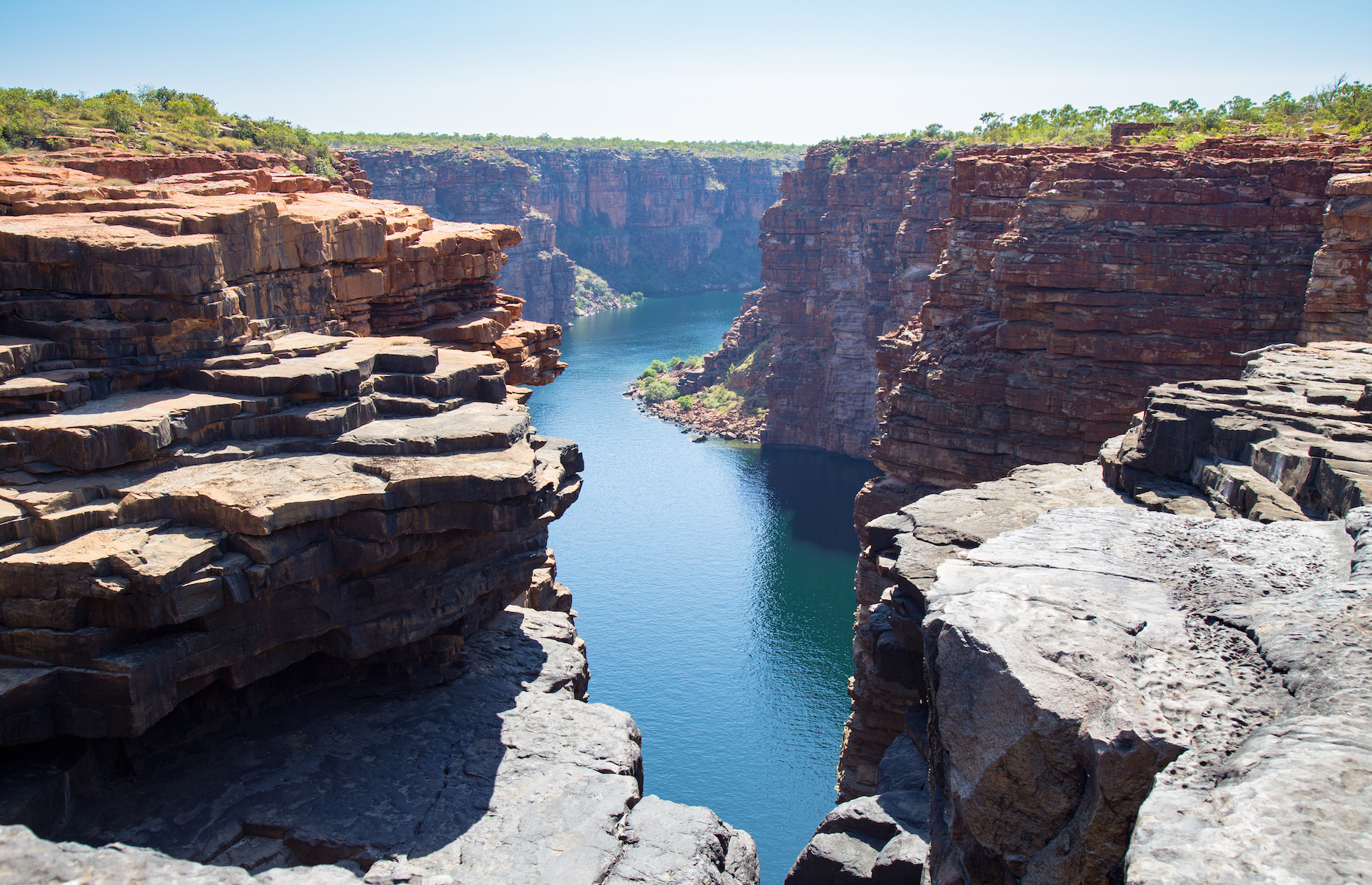 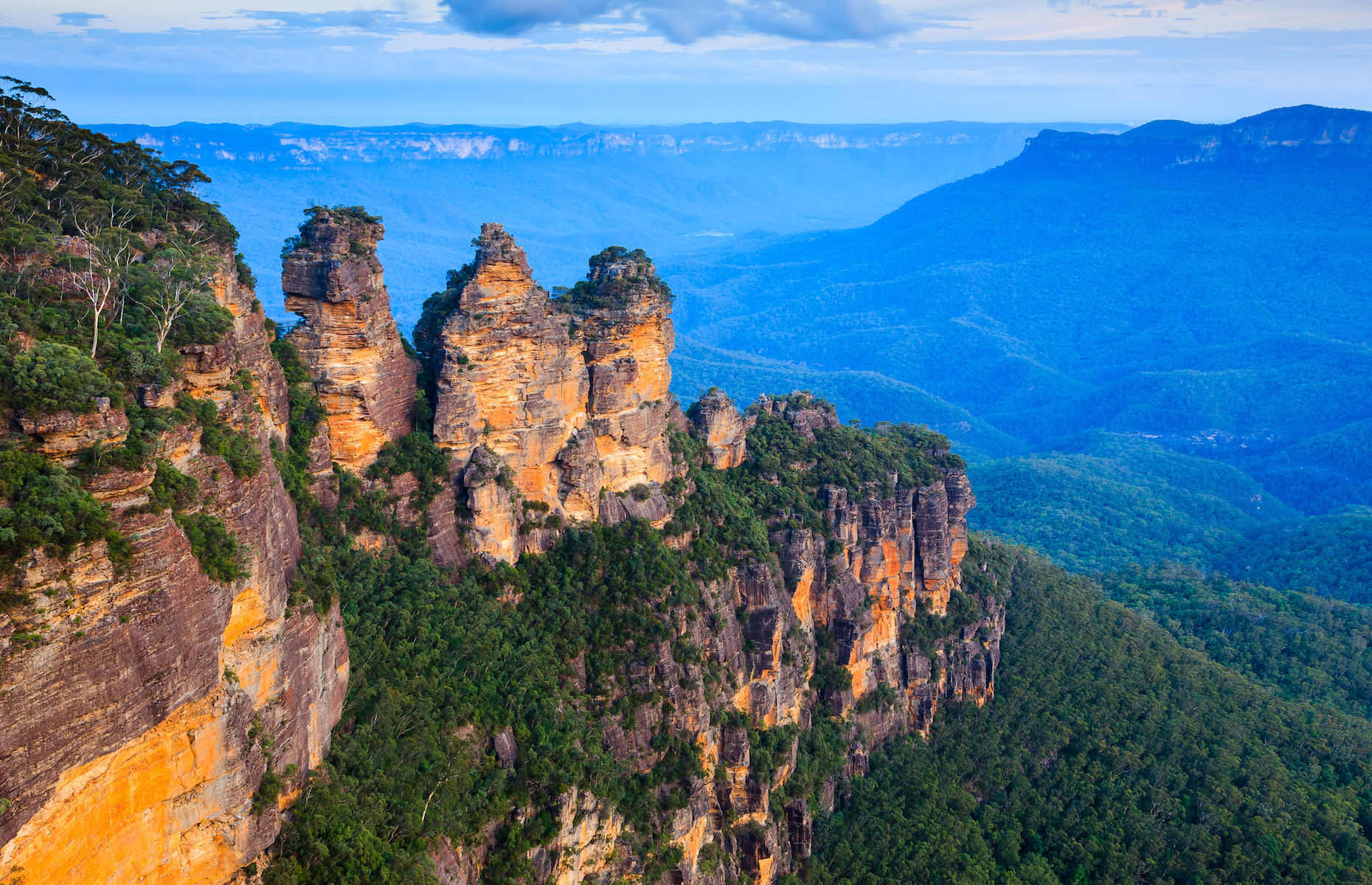 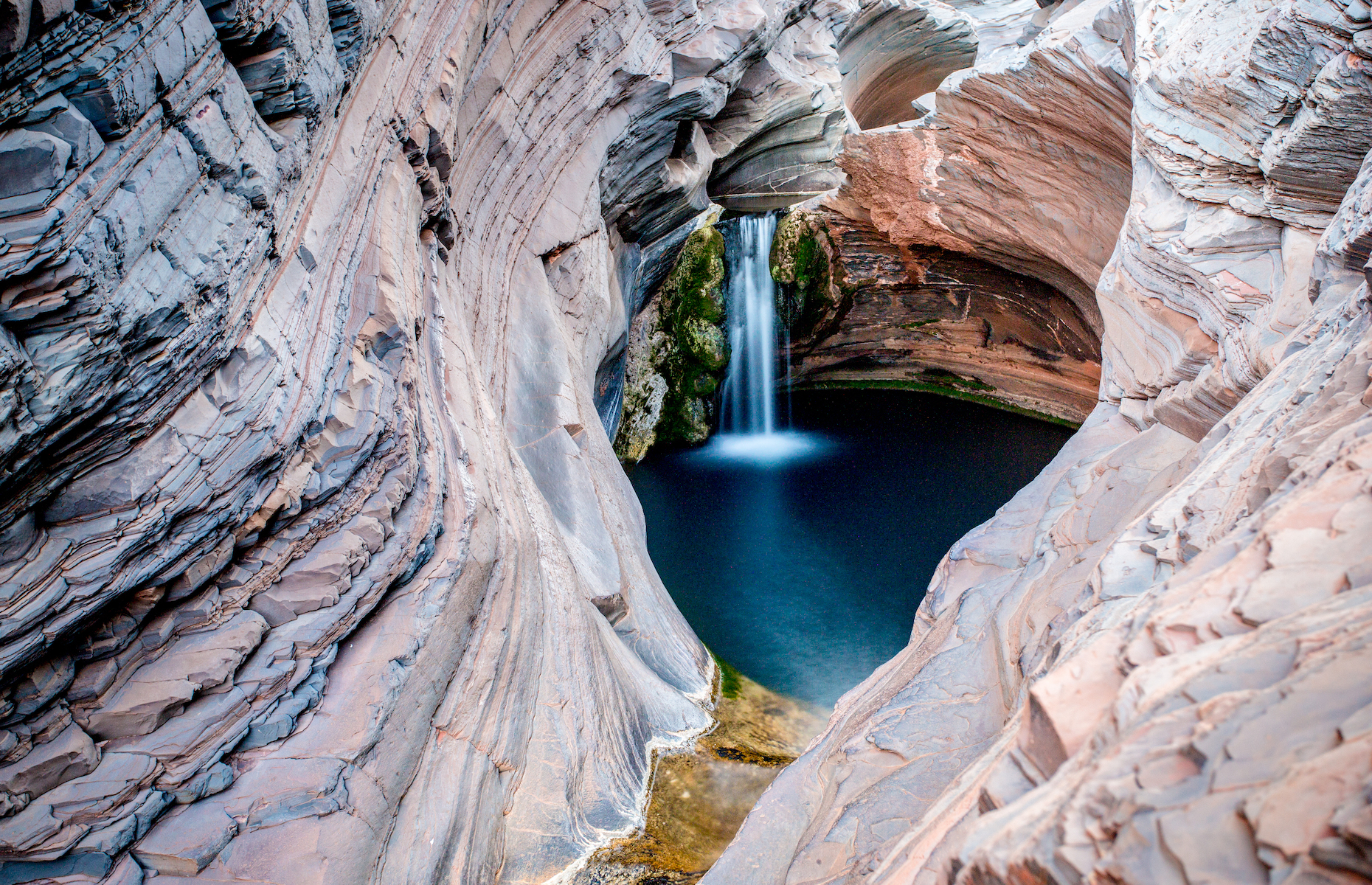 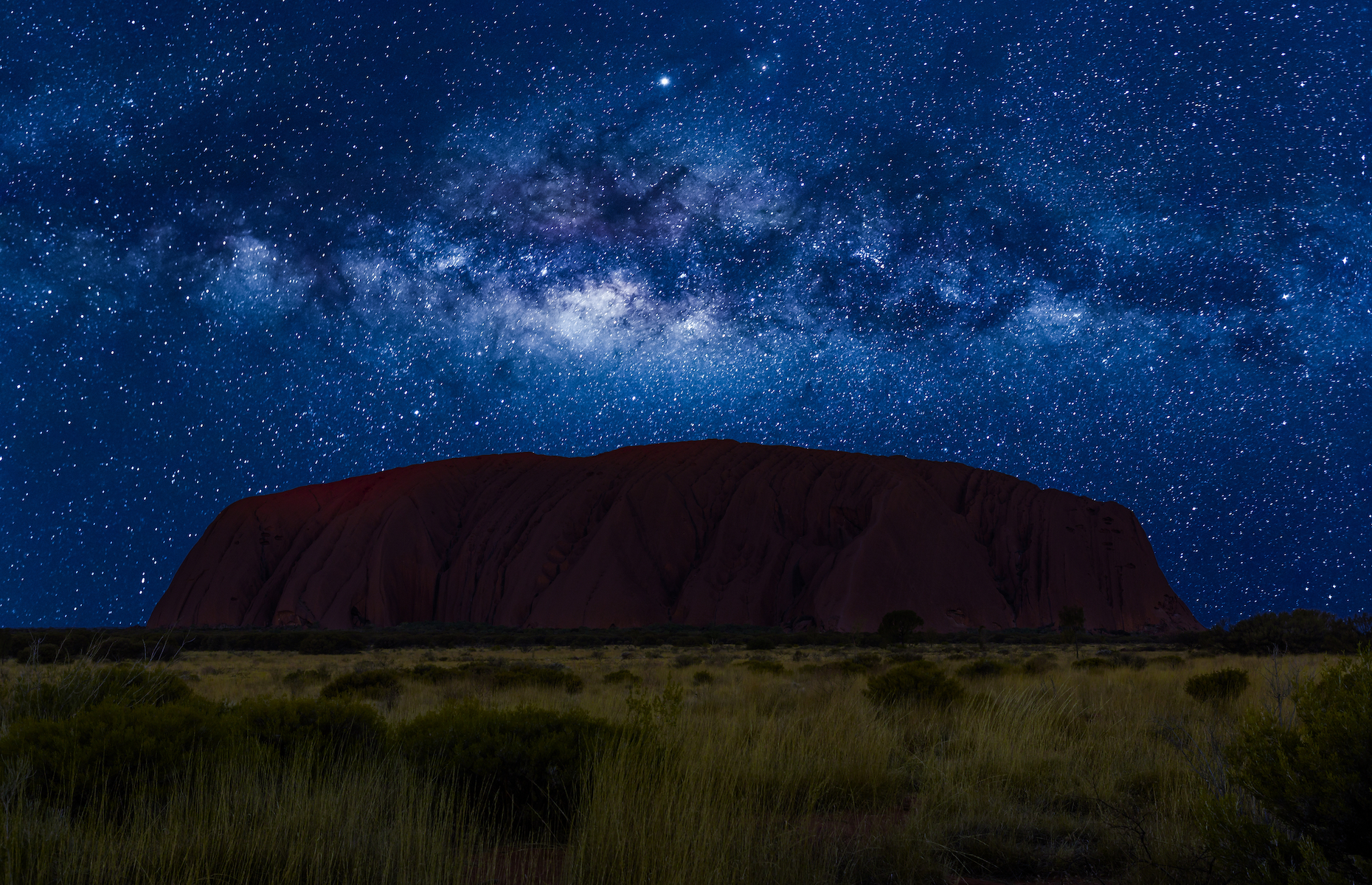 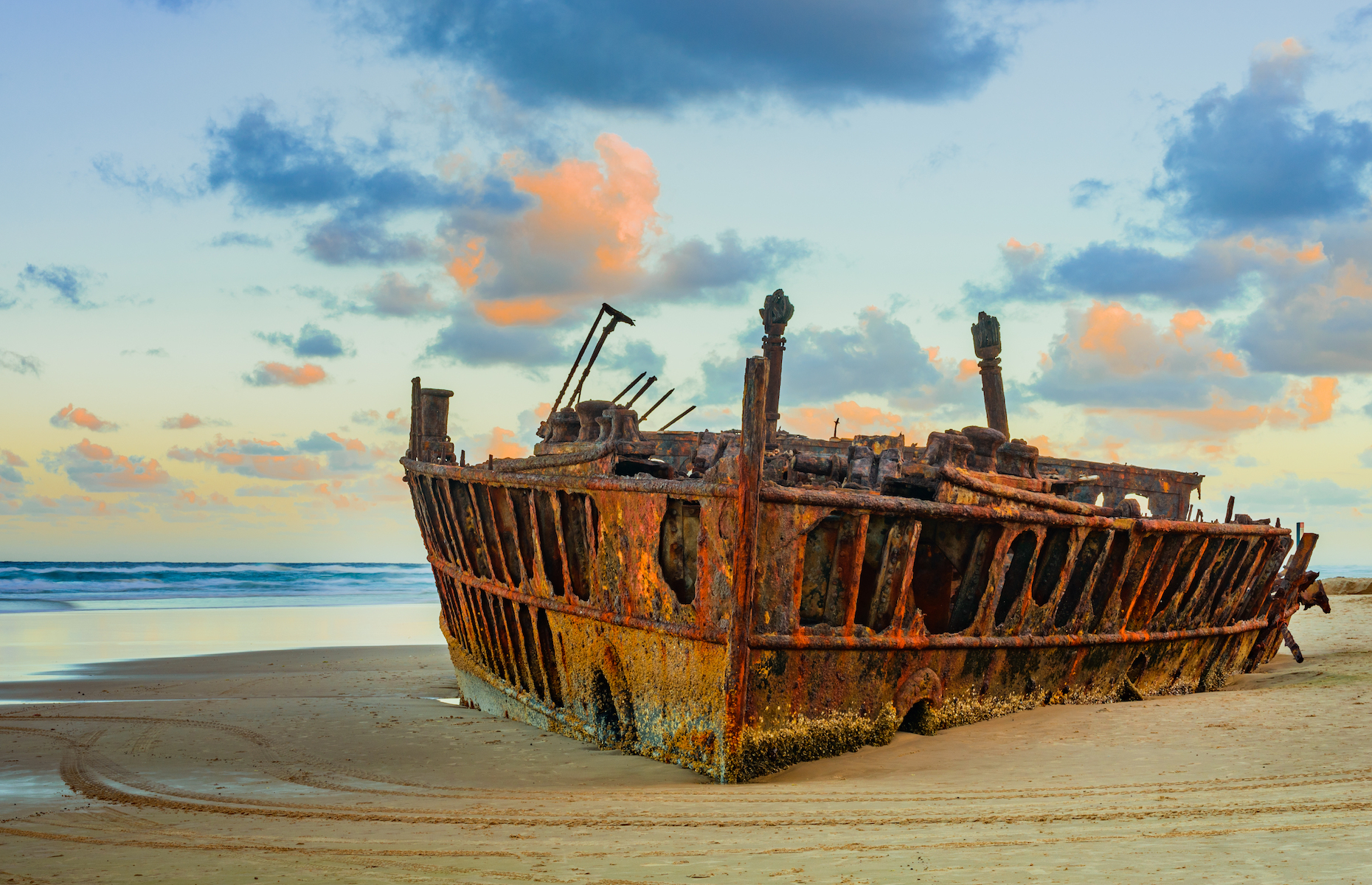 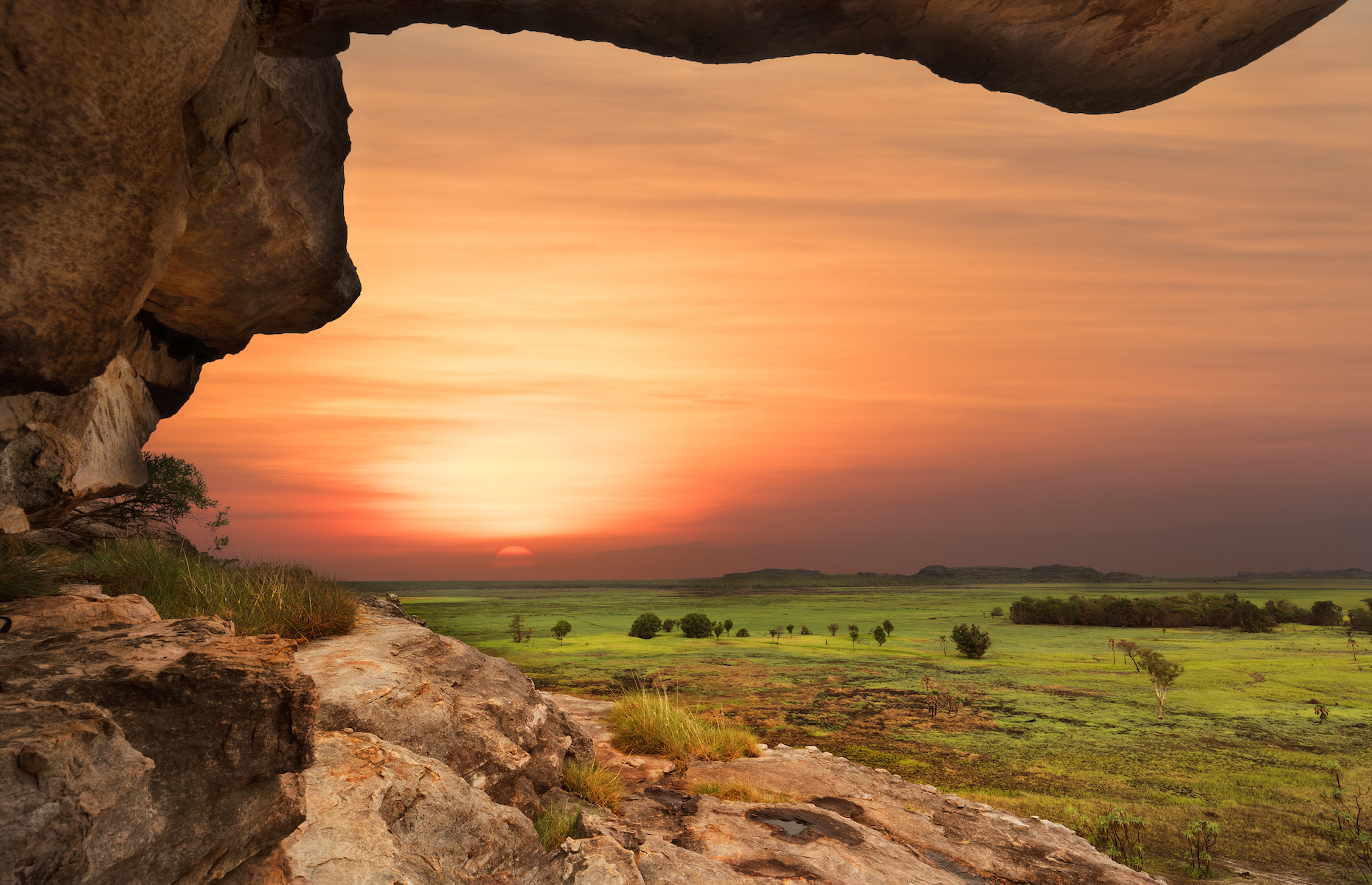 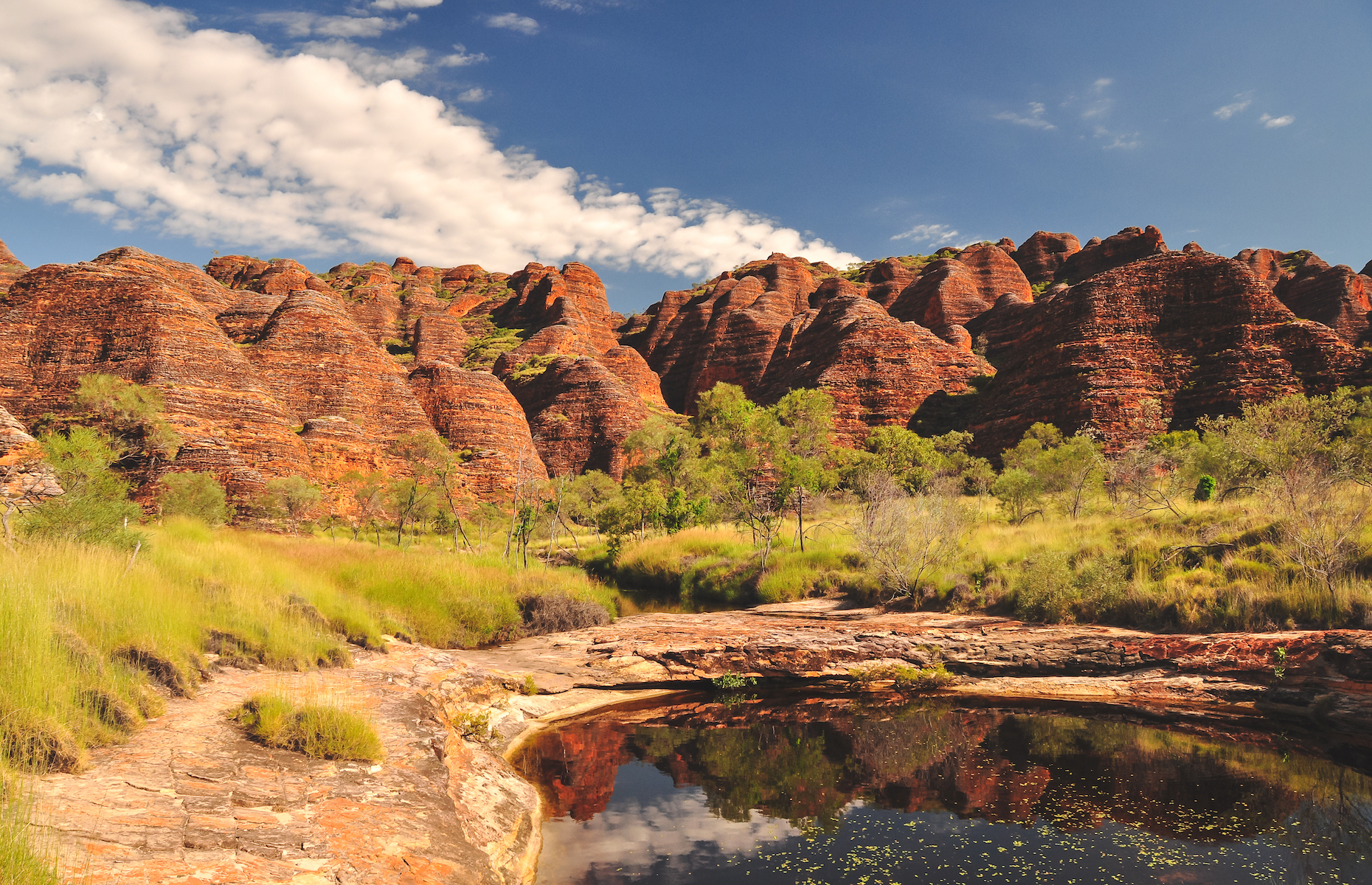 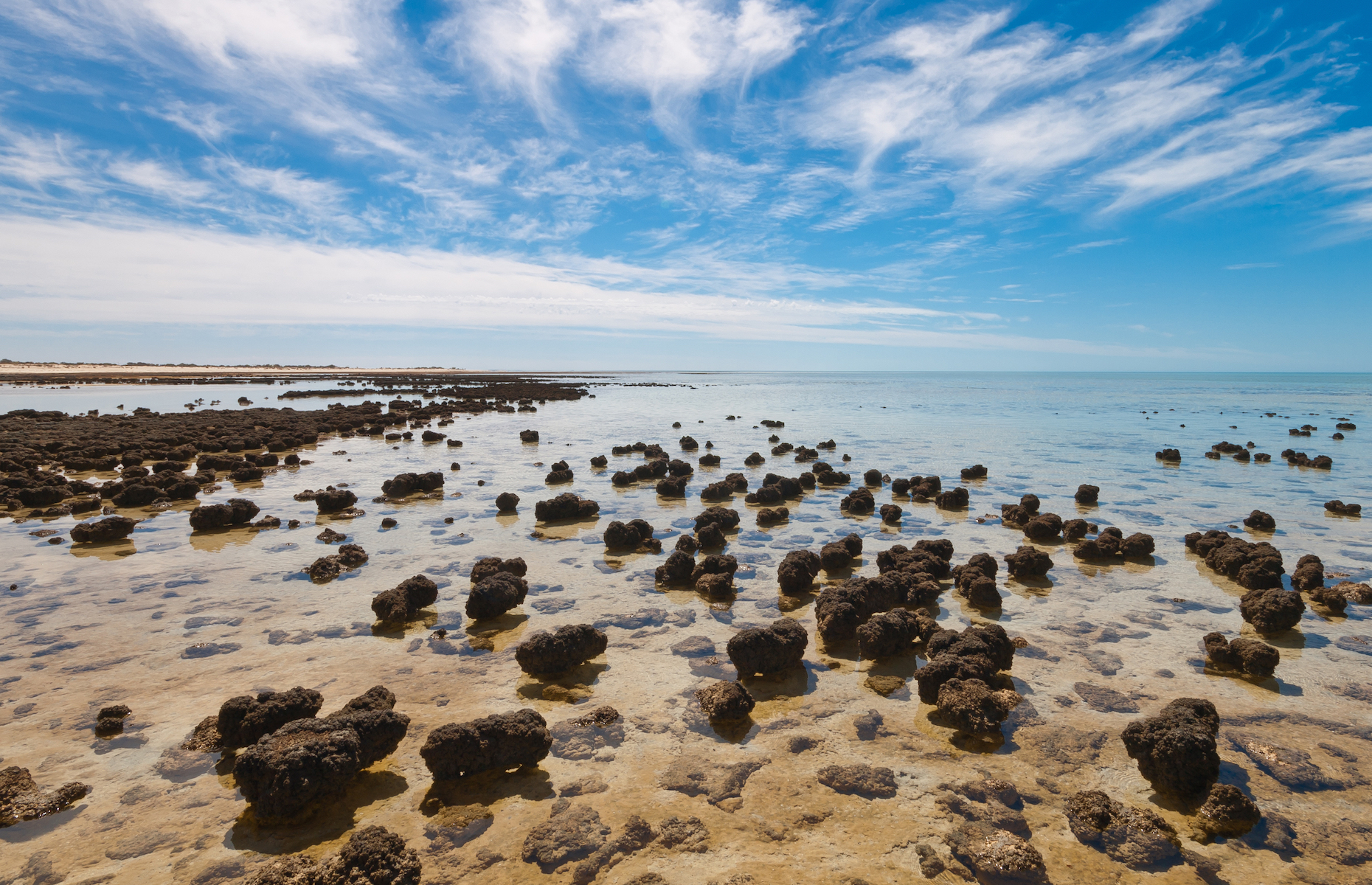 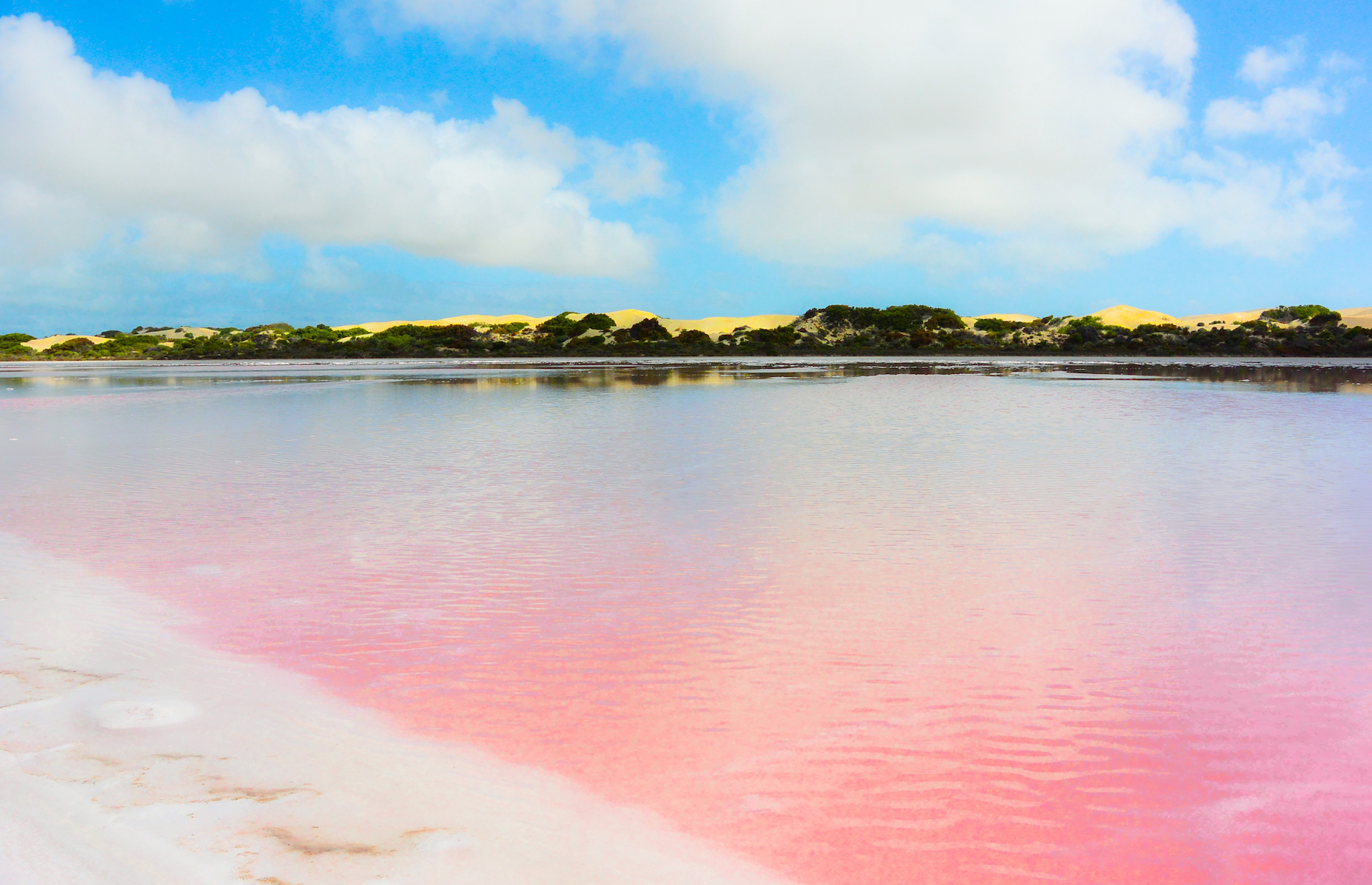 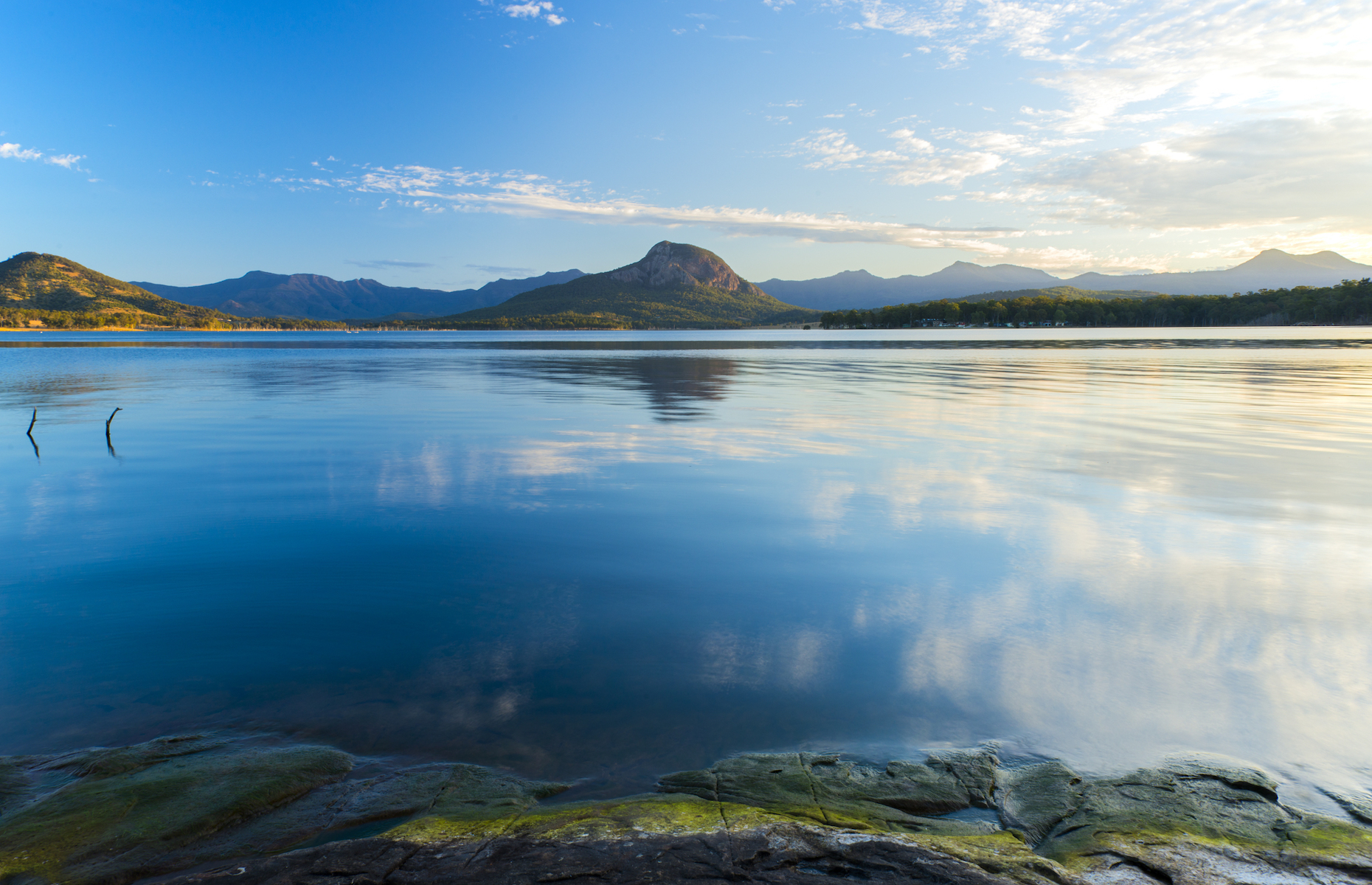 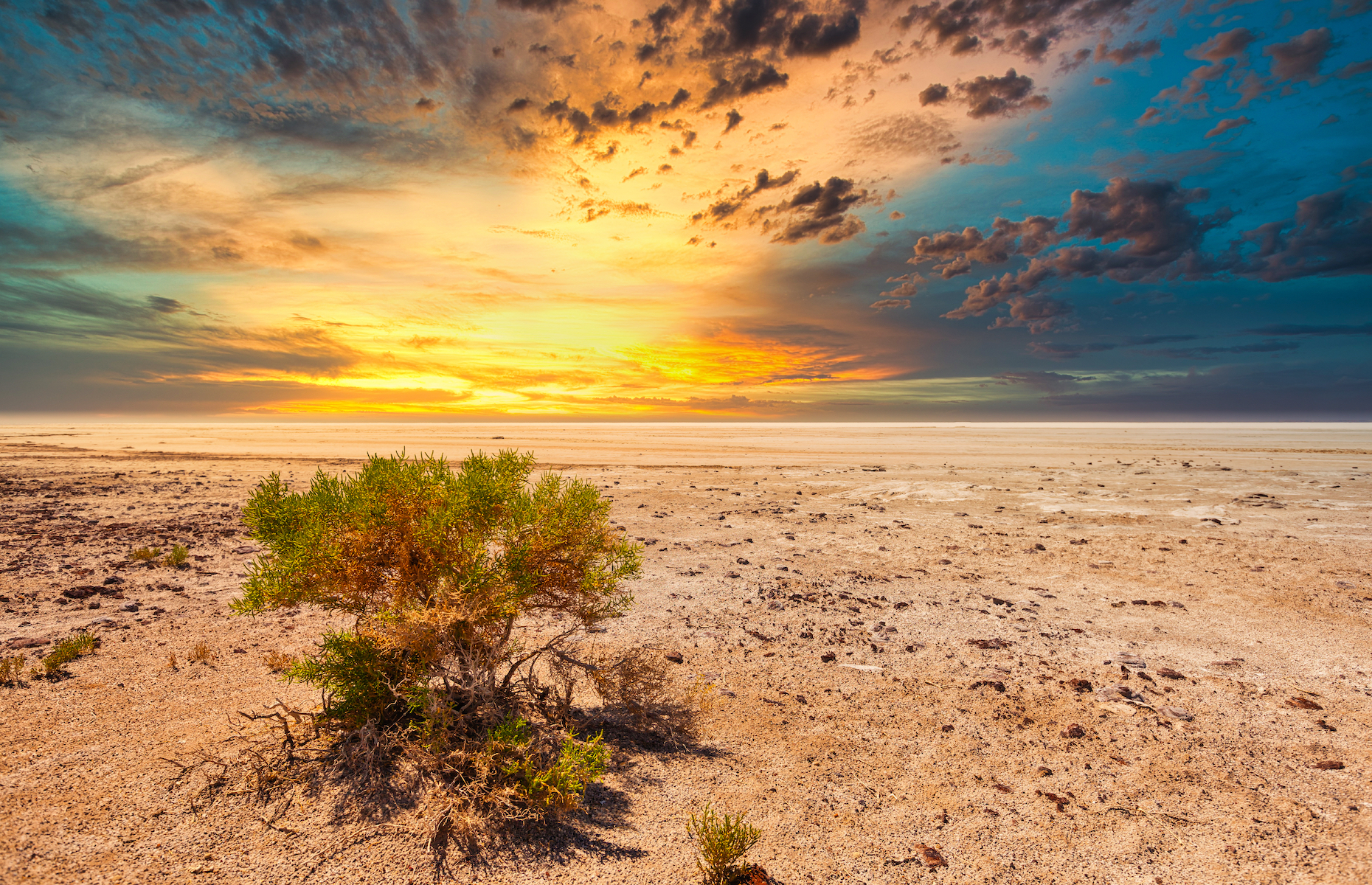 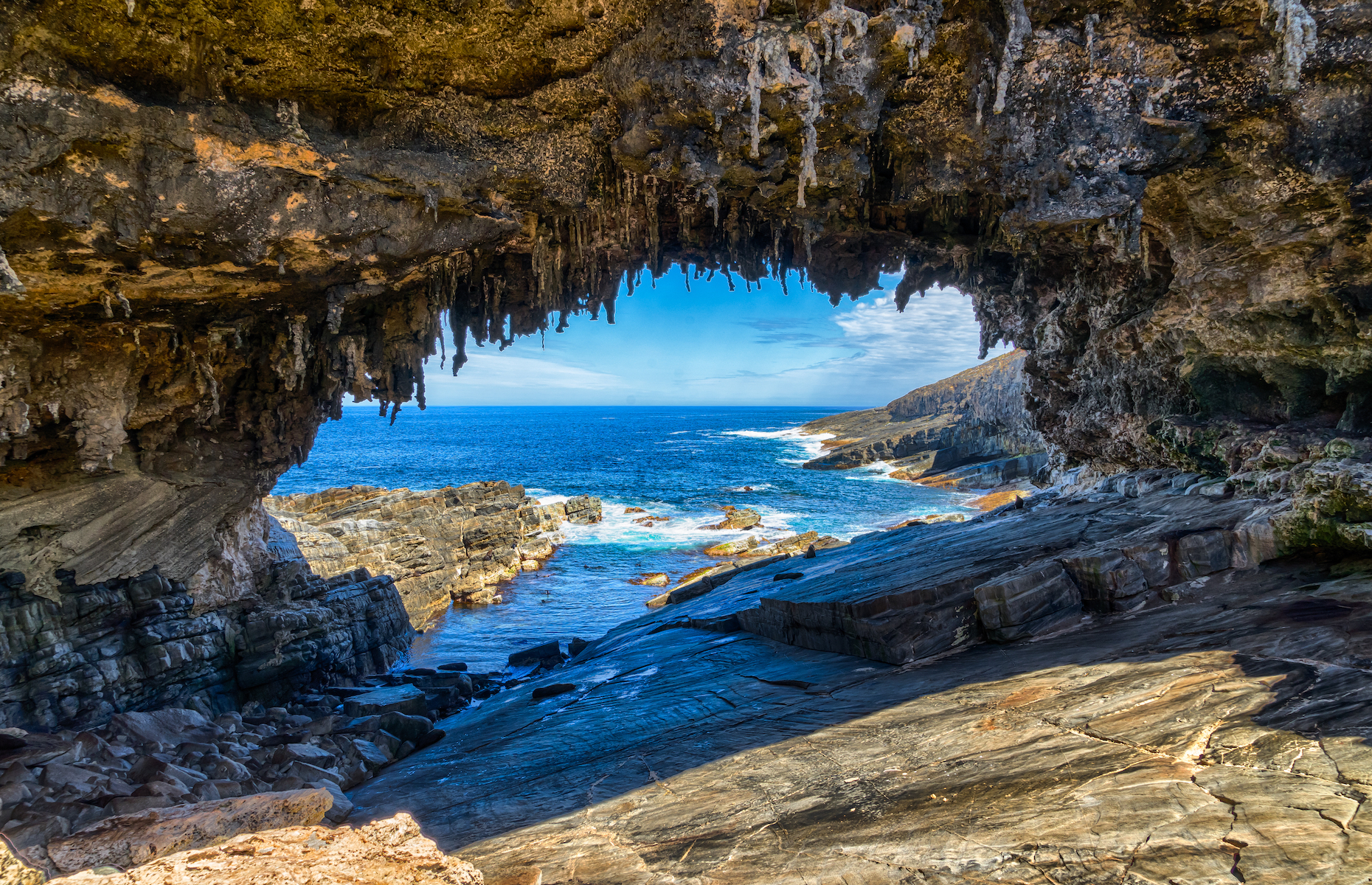 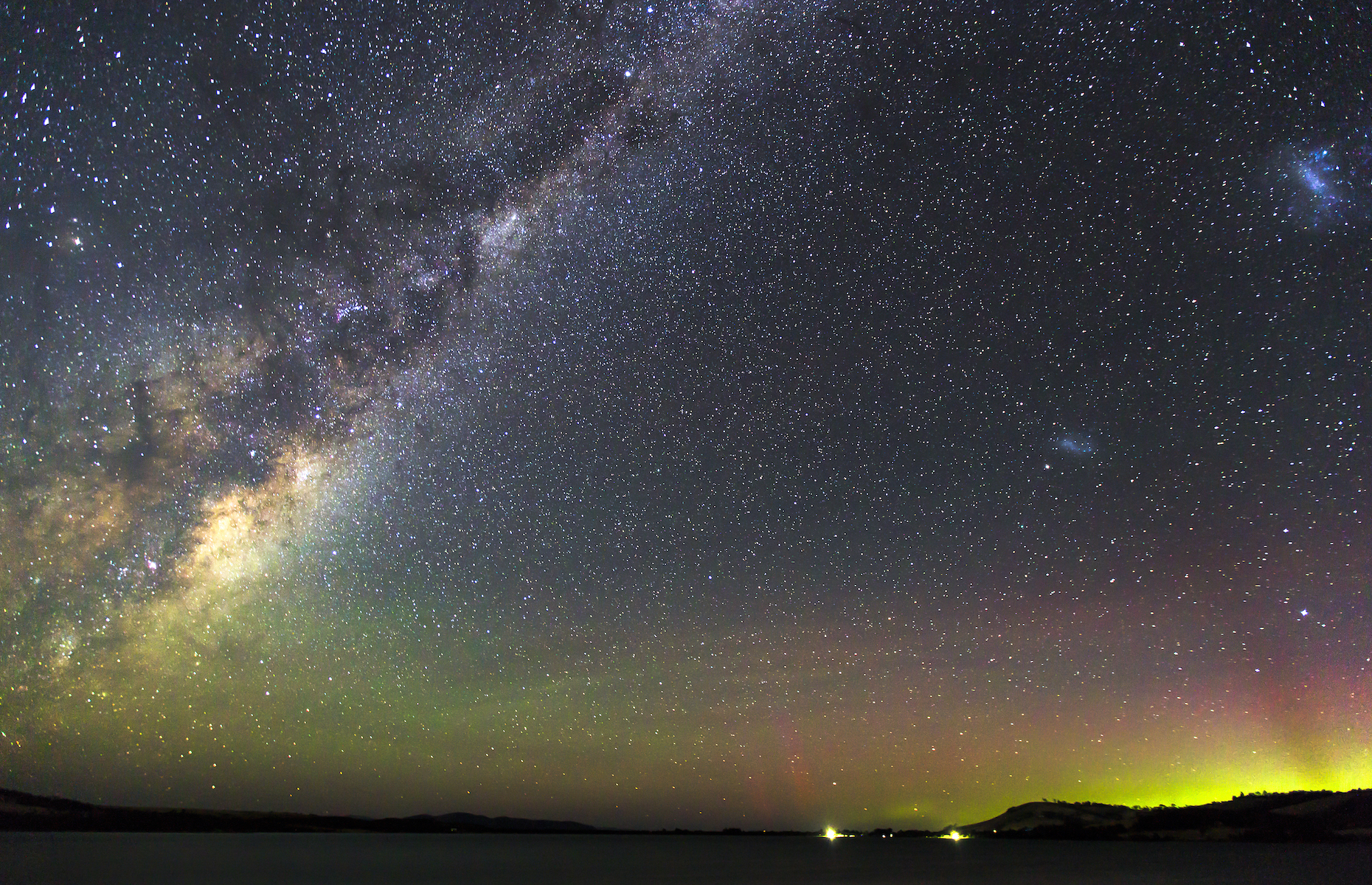 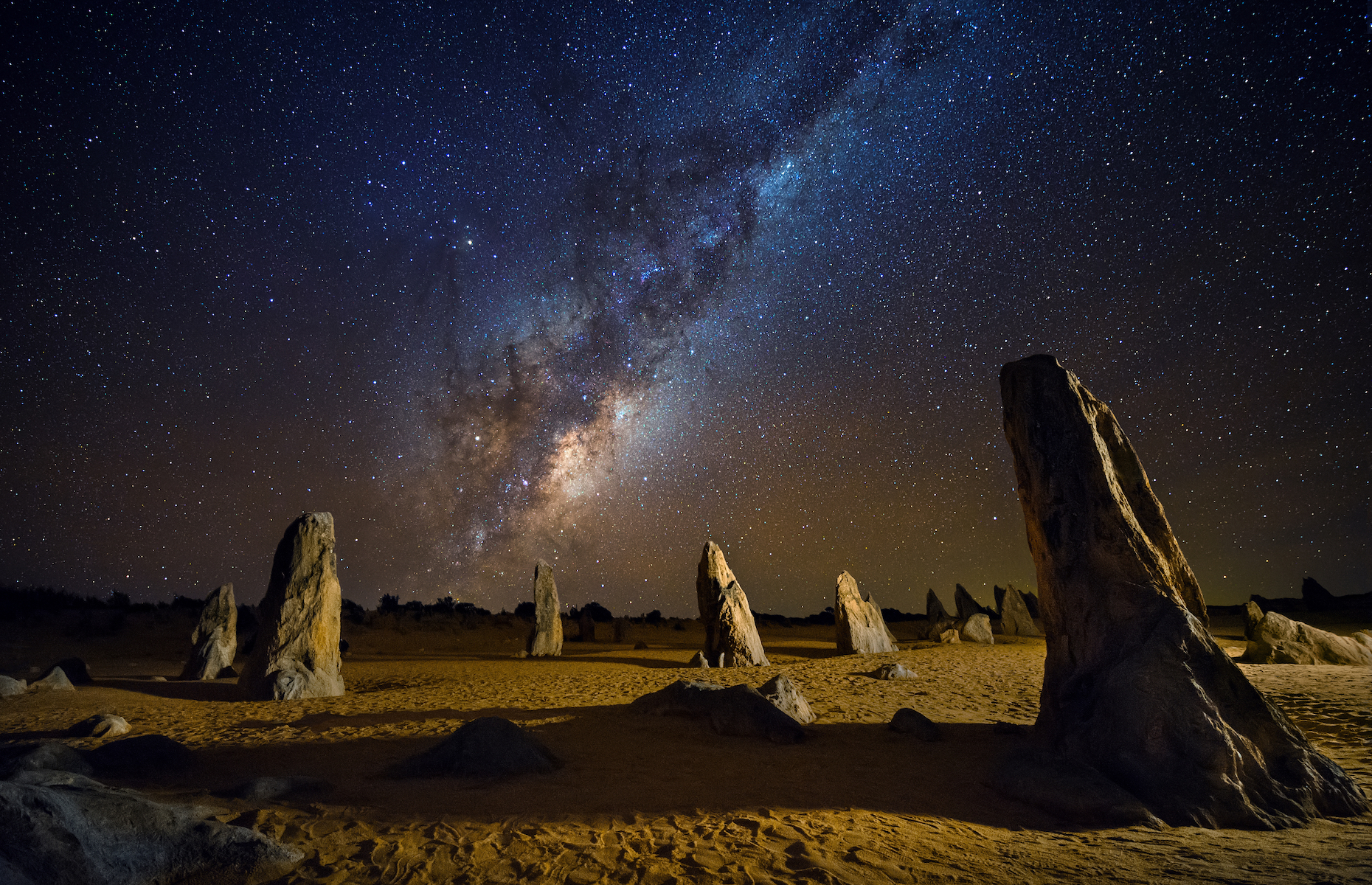 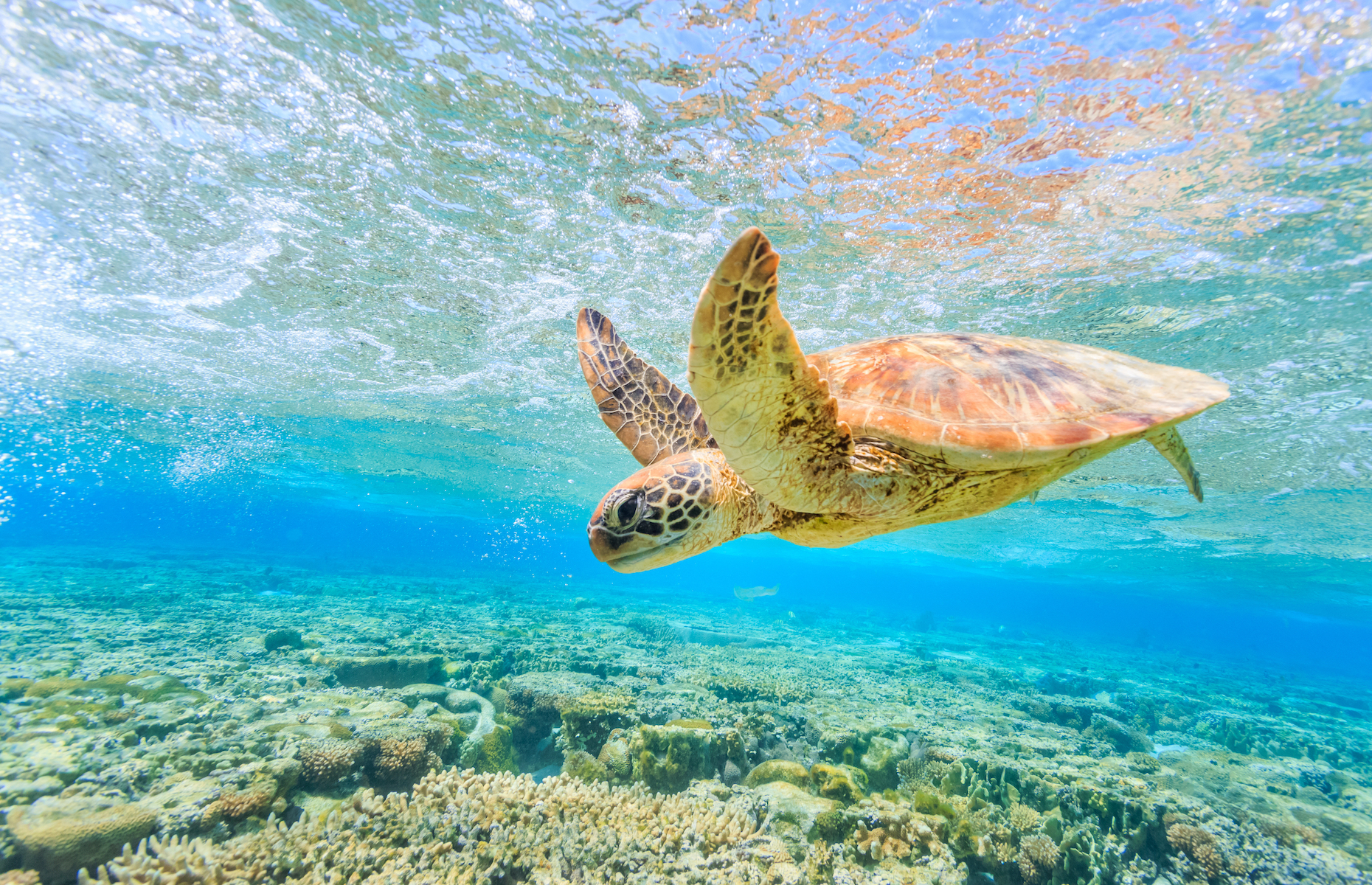 Stunning photos of the Australian wilderness

Dreaming about where your next trip will take you? These gorgeous photos of Australia’s natural wonders are sure to put the country on your bucket list—even if you’ve already been! From much-loved sites to lesser-known gems, get ready to embark on a breathtaking journey through these wilderness views.

Near the dreamy and remote town of Esperance in Western Australia, you’ll find a stunning coastline and sunbathing kangaroos on the beach of Lucky Bay. Found in Cape Le Grand National Park, these white-sand beaches are among the best in Australia.

This Hakea tree, native to the country, stands tall in the famed Australian Outback. Known for its red soils and extreme climate, the Outback spans over 70% of the continent and supports a diverse ecosystem of plants, animals, and people alike.

The Murchison River, second-longest river in Western Australia, flows past sandstone cliffs and straight out to the Indian Ocean. Peek through Nature’s Window, formed from layers of Tumblagooda Sandstone, to see the beautiful coastal gorges of Kalbarri National Park.

In Victoria, these majestic limestone stacks, dubbed the Twelve Apostles (formerly “the Sow and Piglets”), are a highlight of the Great Ocean Road. Though only eight remain today, the rock formations stand tall amidst crashing waves—a breathtaking sight from the cliff tops.

Trek up the Charles Knife Road in Cape Range National Park for an incredible sunrise view of the surrounding gorges and ranges, like the Charles Knife Canyon seen here. The Exmouth Gulf next door also boasts extensive ecosystems and reefs.

Flowing through the Kimberley region near Western Australia’s border, the King George River ends in spectacular twin waterfalls over a sandstone cliff. Home to the Balanggarra people, the river holds high cultural significance, and Indigenous rangers continue to maintain the land.

Taken from Echo Point lookout, the Three Sisters are the Blue Mountains’ most iconic landmark. Named for an Indigenous myth of sisters from the Katoomba tribe turned to stone, the rock formations stand almost 1,000 metres (3,000 feet) above sea level.

This tranquil spa pool in Hamersley Gorge, found at the bottom of rough stone steps, is one of its many scenic swimming spots. With wide, clear views of the ancient rock layers, it is the most remote of the park’s gorges.

This national park is best known for Uluru, the massive sandstone rock rising from the Central Australian desert—a landmark half a billion years old! The traditional landowners, the Yankunytjatjara and Pitjantjatjara people, encourage visitors to learn about their laws, stories, and spirituality—called Tjukurpa—in tandem with learning about the land.

On Lake McKenzie’s crystal-clear waters, this World Heritage-listed site has it all—tall rainforests, sand dunes, and 72 colours of sand! The largest sand island in the world, Fraser Island stretches over 123 kilometres (76 miles) in length.

Ubirr walk passes by intricate, ancient rock art painted by diverse Indigenous Nations. Lookouts, best reached at sunset, rise over the landscape of floodplains, woodlands, and rainforest. Kakadu holds rich history and stories that are woven into this serene land.

Indigenous custodians have admired the Bungle Bungle Range, found in Purnululu National Park, for over 40,000 years. This maze of beehive formations, made from striped sandstone, has existed for 350 million years, rising 250 metres (820 feet) above the savannah grasslands.

These layered structures of microbial mats, called stromatolites, dot the landscape of Shark Bay, a World Heritage Site in Western Australia. They support complex communities and are among the world’s most diverse ecosystems. This feature, along with its vast sea-grass beds and dugong population, makes Shark Bay an exceptional part of Australia’s wilderness.

With its distinct “strawberry milkshake” colour, Lake Hillier is a sight to behold. Its pink tint is caused by a species of microalgae—Dunaliella Salina. Though the water contains significant concentrations of salt, it is clear and perfectly safe to swim in.

Lake Moogerah, a thriving summer spot, is just one striking feature of Queensland’s Scenic Rim. With natural wonders like Tamborine Mountain and Mount Barney, Australia’s wilderness blooms in dazzling vistas, waterfalls, rainforests, and lakes just one hour out of Brisbane.

Australia’s largest salt lake is also the country’s lowest point, at 15.2 metres (50 feet) below sea level. Floodwaters only cover the lake once every eight years, on average, but heavy rains will bring the dry landscape to life with diverse water bird species by the thousands.

Off the coast of South Australia lies the country’s third-largest island: a paradise of wilderness, where sea lions, koalas, wallabies, and thousands of distinct species thrive. Admirals Arch is one standout spot in this national park; the natural rock arch overlooks fur seals returning to rest and breed!

The southern lights shine brightly over Cremorne in Tasmania, Australia’s southernmost state where you can catch this astounding sight year-round! Winter (meaning June through August) with its longer nights and moderate climate is the best time of year to try your luck!

The Pinnacles Desert in Nambung National Park is a major landmark of Australia’s wilderness. These ancient limestone structures stand up to 3.5 metres (11.5 feet) high and are between 25,000 and 30,000 years old! The rich expanse is home to numerous native animals and birds.

Home to thousands of fish, mollusc, and coral species, the Great Barrier Reef also supports animals facing extinction, such as the dugong and large green turtle. Perhaps the most recognizable site of Australia’s wildlife, this natural beauty off the northeast coast is unsurpassable.

A Bibliophile’s Guide to Tuscany

If You're Storing Wine in the Fridge or Vodka in the Freezer, You Need to Read This
We and our partners use cookies on this site to improve our service, perform analytics, personalize advertising, measure advertising performance, and remember website preferences.Ok