Pripri Rose posted the video of the awkward experience which occurred during a recent trip to Varadero, Cuba.

The mini-short wearing brunette was filmed sitting on the edge of a marine jetty with her arms wide open, welcoming a hug from one of the three dolphins pictured in the surrounding water.

In the clip, the dolphin appears to be extremely excited by the idea of interacting with Pripri and appears to jump up into her arms.

What should have been a seemingly pleasurable encounter soon turned very weird when the dolphin appears to mount the woman before appearing to dry hump her body.

A smile from ear to ear is seen across Pripri’s face followed by her letting out a loud screeching laugh.

The video was uploaded to Instagram only two days ago but has since received a staggering 4,400 views and hundreds of comments.

Pripri captioned the embarrassing video: “The Cuban dolphin fell in love with me.

“I had to crop the video, it was too intense.” 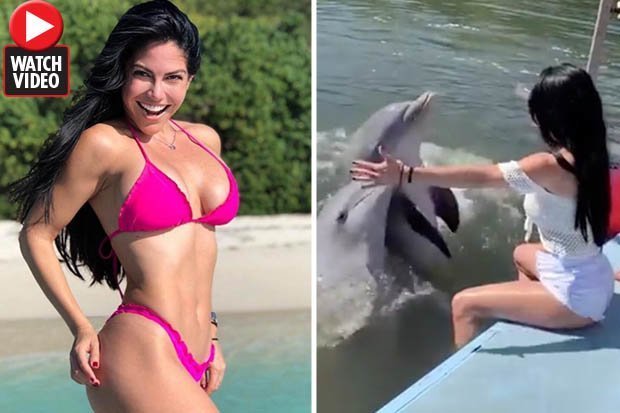 Floods of her followers flocked to the comment section to express their thoughts on the weird encounter.

“Dolphins are such rascals”, one person added.

While one follower issued a warning to the marine creature: “Stay in your lane bro.”

Another joked: “We can’t even trust dolphins these days.”

It comes after weird alien-like creatures discovered crawling on a kitchen floor sent the internet into a frenzy.

TripAdvisor reveals its most booked attractions of 2019

That Summer: our series of escapes to long ago and far away

Thermometers in hand, Dubai opens for tourists amid pandemic

American tourists are banned from Europe, but not these countries
We and our partners use cookies on this site to improve our service, perform analytics, personalize advertising, measure advertising performance, and remember website preferences.Ok