This holiday weekend is predicted to be the busiest for Thanksgiving travel since 2005. AAA predicts more than 54 million Americans will travel at least 50 miles away from home between Tuesday and Sunday and while most are driving, a record number is expected to fly.

Drivers in D.C., Boston, Detroit, Seattle and Atlanta should expect the heaviest traffic Tuesday afternoon and evening. Some commutes could take more than three times as long, and Wednesday won’t be any better driving or flying.   Despite the highest gas prices since 2014, 48.5 million Americans expected to drive this year, up about five percent from last year. AAA predicts Tuesday and Wednesday evening will be the worst times to start your holiday drive, but it’ll be Sunday where traffic misery will peak.

The airports will be crowded, too. An industry group projects a record 30.6 million passengers will fly between November 16 and 27. Sunday could set a record with TSA potentially screening more than 3 million travelers.

Mark Ellwood, a contributing editor at Conde Nast Traveler, joined “CBS This Morning” to discuss some tips to get both fliers and drivers through the holiday madness.

To save money at the pump, Ellwood recommends downloading Gas Buddy, an app with 60 million users that crowdsources gas prices. Another one that can help you plan your pit stops is iExit, which uses your location to tell you what’s at the upcoming exits while you’re on the highway. Lastly, the widely used navigation app, Waze, is indispensable when trying to figure out the fastest way to get from A to B. Waze relies on a huge network of drivers to help recommend the best route.

Ellwood is a “big fan of the analog map.” He suggests grabbing one to help reduce arguing in  the car – and to generate conversation. “You kind of look at the features. It’s a conversation starter….I think that will calm people down.”

Taking to Twitter can, surprisingly, be a win-win for a frustrated passenger and the airline that’s causing their pain. Ellwood suggests tweeting politely at the carrier you’re flying with and telling them you have a problem. Follow the airline too so they can direct message you and privately help with the matter.

“Then they can publicly say ‘We’re so glad we helped you.’ They basically get a PR Win. They show that they helped you and it’s very quick,” Ellwood said.

Interlining is an airline industry term Ellwood thinks everyone should know. In simple terms, it refers to when airlines work together.

“It involves an awful lot of things, but one of the things it can mean is if your flight is canceled, another airline could accommodate you. So you could end up on another carrier, but getting to your destination quicker. It won’t apply it all circumstances. But it’s worth, again, politely asking, are there any interlining agreements that could help,” Ellwood said. 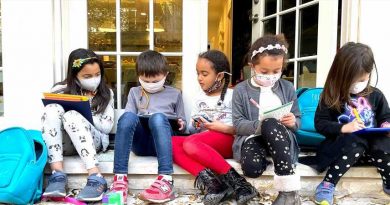